I was Raped & I Won’t Apologize Anymore. 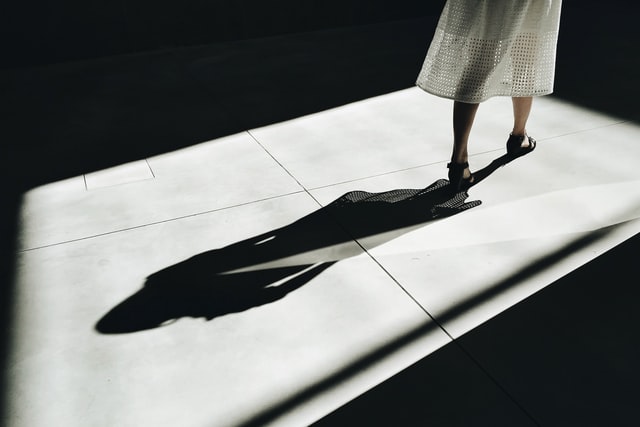 It was at a party to prep for our homecoming parade. Since I was class president, I had arrived early to greet everyone.

It was a beautiful fall day; the sun was out and the leaves were beginning to change. I remember being excited to see everyone.

A group of boys was standing in the room talking. I knew a few from school, but there was one I didn’t. This boy asked if he could talk to me, and I said sure. He asked if we could go outside. I wasn’t sure why he wanted to talk in private, but I said okay.

I don’t remember what he said to me outside, but I do remember that he kissed me. It caught me off guard. Then he pushed me to the ground, and before I could realize what was happening, he had his hand down my pants and underneath my underwear.

He held me down with his left hand and used his right hand to rape me. He was rough and aggressive. It hurt. Something ripped. I was in pain.

It happened in under two minutes and then he stood up and went back inside. I was disheveled and embarrassed. I remember adjusting my clothes. I didn’t know what to do. There were no cell phones at that time, and none of my friends were at the party yet.

I walked in a minute or two after him. He had already joined the other boys and was laughing and looking in my direction in an animalistic way while he licked his fingers. The other boys looked uncomfortable but they said nothing and I walked away, humiliated. I had attended school with those boys and they had always been kind to me in the past.

I was a virgin at this point; my intimate life thus far had consisted of kissing a few boys.

I was dressed in jeans and a sweatshirt.

I could not believe how strong he was and how powerless I felt when he held me down. I felt so weak, even though I was fairly athletic. I know now that my body had gone into a freeze response.

My mom picked me up that afternoon. I couldn’t focus and I was not myself that day, and for a long time. I was in shock. I told no one about this as I was humiliated and thought my parents would think I had done something to bring it on myself.

I saw this boy in different situations for the next few years, and every time I did, I felt triggered and ashamed.

I finally did tell a close friend, who was a boy. He wanted to beat up the boy who did this to me, but I begged him not to because I knew this boy felt no remorse, had no conscience, and would hurt my friend, who was a gentle soul. But I always appreciated how protective he was of me.

I have told a few more people about this over the years. It was 37 years ago, but it still makes me feel shame, even though I know I did nothing wrong.

Being raped has affected me in so many ways. I minimized my intimate self because it felt safer. Anytime I would get close to a boyfriend, I would shut things down. My marriage has been impacted as well, even with therapy.

I never told my parents. It never occurred to me to tell the police, and in hindsight I believe it would have been chalked up to boys being boys.

This doesn’t take into account the number of times I had men I worked with make inappropriate sexual comments, or touch my shoulder or rub my arm without my consent.

Many men have been respectful as well. And while these men outnumber the others, my guard is always up. I know this has changed my trust in men; and it has also led me to wonder if I did anything to “deserve” this kind of treatment. The answer is, of course, no.

As a mom, I choose to talk to my children about what happened. And I can now do so without crying. I tell them that I will believe them if anything ever happens. I tell them that no one deserves this, no matter how they are dressed, if they are drinking, or even if they said a kiss was okay. We have talked about consent, and what that means. I have since also told some friends.

This was my first sexual encounter, and it was wrong. It was not okay. It makes me sad that it happened this way—that I had no control, no say. And I know my story is not unique. Sadly, I have many friends with similar experiences.

But I won’t apologize anymore. Sometimes we need to be uncomfortable in order to make big changes. 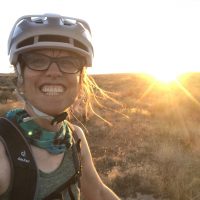 Beth Brumer-Reeve is originally from Michigan, and now lives near a mountain in Utah. She loves all things outdoor, especially mountain biking and hiking. Beth is a mother to … Read full bio