The Demons Inside Us: What I Learned after my Friend Ended His Life. 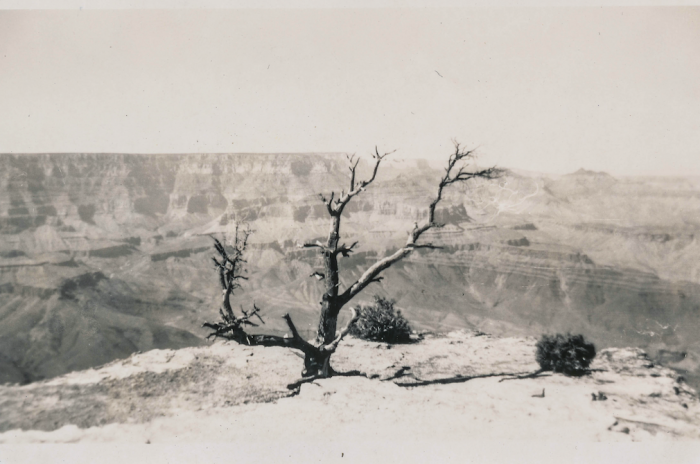 “The higher goal of spiritual living is not to amass a wealth of information, but to face sacred moments.” ~ Abraham Heschel

On the first day of autumn, my friend Amy and I spent the day together in Madera Canyon.

We’ve been friends for over 15 years, and she still remembers the day that we met when we used to be neighbors. I guess that I brought her fresh eggs from our chicken coup. She and I have always connected outdoors either riding horses or sitting on the porch talking. We went to the canyon to honor our friend’s birthday.

Paul would have been 50 years old.

I watched Paul, my coworker, decompensate for six weeks before he shot himself. His body language and mood were increasingly erratic and agitated. I asked him on several occasions if he was high on drugs. I avoided him because I was scared of the deterioration I was witnessing.

The last time we talked was unplanned. We were both waiting in the shared lobby for our respective patients who never showed up. I asked him a few questions, and he hesitantly opened up. He thought the mob was after him. I asked more questions and listened carefully.

After 20 minutes, I offered, “None of this makes sense, it doesn’t seem grounded in reality at all.” He agreed, as though talking about it cleared the delusion briefly. Then, I told him a story.

There was a time when demons nearly overtook ancient Tibet. The king petitioned a famous avatar to come and rid the country of evil. Guru Rinpoche arrived with mysticism and agreed to the job. He traveled the countryside for years, subduing demons in the valleys and mountainsides. Where the bodies lay dead, villages were erected. Walls were built over decomposing spines, houses over limbs, and temples on top of rotting heads. Guru Rinpoche subdued them all.

Imbued within the story are symbolic teachings. The demons actually live inside of us. It is the inner demons we pacify and then the external demons disappear into holy incense, ash. Guru Rinpoche dealt with the deepest fears of the people, the misconceptions of the mind. He taught them a method, a philosophy that vanquished the misperceived outer demons.

My coworker nodded again in mindless agreement. That was the last time I saw him. I didn’t know he had a gun. I didn’t know he was lost beyond story, hope, or help. He was mentally ill and had already made the decision to end his life.

I guess he took his computer home that Friday afternoon and then shot himself on Sunday. His ex-wife called me two hours after it happened to deliver the horrifying news. I don’t want to write about the numbness, the anguish, and the anger that ensued as I picked up the sharp and broken pieces he’d left behind. It was one of the hardest weeks of my life, and I won’t revive that terrible demon.

A week after his death, we did a sweat lodge ceremony for the spring equinox. I cried and my tears mixed with the sweat, songs, prayers, and soft earth. I emerged from the lodge drenched and looked up at the night sky.

“I forgive you, Paul,” I said to the stars unexpectedly. I realized a moment later that I meant it.

The next day, his family came to clear out his office. I sat with them before and after they’d loaded up the truck with his furniture and files. They also knew about his problems, his deep old demons. We also recalled him with kindness. He was a sensitive and remarkable man.

I put up a sign on his office door: “The doctor is no longer with us. All of his appointments have been cancelled.” I offered a referral for their continued care. When people needed more information for their personal closure, I offered it. Lots of people loved him including his girlfriend and my friend, Amy.

Amy and I parked in the first lot at the base of the canyon. It was still hot on the first day of fall, but the oak trees offered relief. We saw over 15 deer over the course of our hike. Each time we came across one, Amy would stop and watch them in complete stillness. We walked in silence except for when we stopped to have a packed lunch.

As we neared the end of the trail, we saw one final deer. I watched every detail of her body; the ears and tail twitched, the matchstick legs under the strong breathing body, the movement of her nostrils. My eyes broadened and for the first time that day, I took in the big picture. I saw the context surrounding the deer; the large boulders in the creek, light shining off the glossy leaves, blue sky behind the mountains, and Amy in the periphery.

I saw it all at once and the lines that separate everything disappeared. It was a sacred and healing moment. 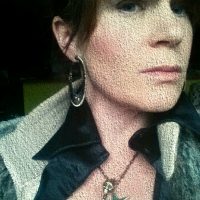 Katie Munger is a self-empowered, desert-dwelling, healing-mama bird. She bows to the cycles of nature, is observant and reverent. She sky gazes, dances, and meanders through … Read full bio