37 Quotes from Maya Angelou to Nourish your Soul. 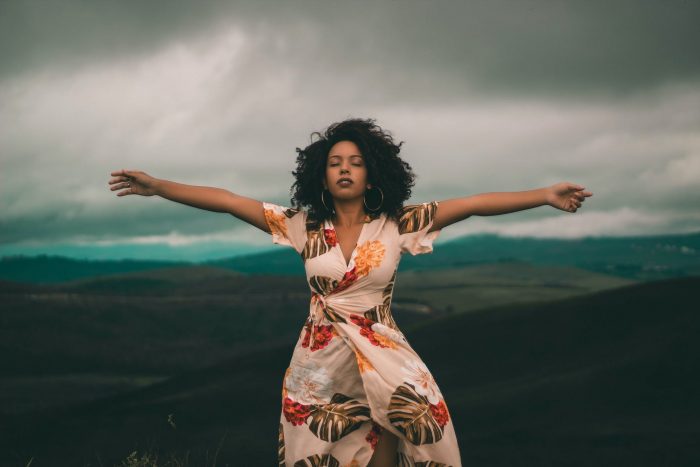 Photo by Joshua Abner on Pexels.

On April 4, 2021, 93 years since her birth, we celebrate the memory of a great author: Maya Angelou.

The first, I Know Why the Caged Bird Sings (1969), tells of her life up to the age of 17 and brought her international recognition and acclaim. In a 1995 interview, Angelou said,

“I wrote about my experiences because I thought too many people tell young folks, ‘I never did anything wrong. Who, Moi? Never I. I have no skeletons in my closet. In fact, I have no closet.’

They lie like that, and then young people find themselves in situations, and they think, ‘Damn, I must be a pretty bad guy. My mom or dad never did anything wrong.’

They can’t forgive themselves and go on with their lives.”

She received dozens of awards and more than 50 honorary degrees. In 2010, she received one of the country’s highest honors when President Barack Obama awarded her the Presidential Medal of Freedom.

On a short note, Maya Angelou’s life represented courage, confidence, contribution to the world around her, and perseverance. She left behind a legacy of timeless and profound words that will be cherished for many years to come.

Today, I’ve made a selection of quotes from her that I hope you’ll never forget:

1. “What is a fear of living? It’s being preeminently afraid of dying. It is not doing what you came here to do, out of timidity and spinelessness. The antidote is to take full responsibility for yourself—for the time you take up and the space you occupy. If you don’t know what you’re here to do, then just do some good.”

2. “My mission in life is not merely to survive, but to thrive; and to do so with some passion, some compassion, some humor, and some style.”

4. “You may not control all the events that happen to you, but you can decide not to be reduced by them.”

5. “Since time is the one immaterial object which we cannot influence—neither speed up nor slow down, add to nor diminish—it is an imponderably valuable gift.”

6. “Don’t get older just to get wiser. If you get older, you will be wiser, I believe that—if you dare. But get older because it’s fun!”

7. “Live as though life was created for you.”

8. “If you’re going to live, leave a legacy. Make a mark on the world that can’t be erased.”

9. “Courage—you develop courage by doing small things like just as if you wouldn’t want to pick up a 100-pound weight without preparing yourself.”

10. “There’s something which impels us to show our inner souls. The more courageous we are, the more we succeed in explaining what we know.”

11. “One isn’t necessarily born with courage, but one is born with potential. Without courage, we cannot practice any other virtue with consistency. We can’t be kind, true, merciful, generous, or honest.”

13. “We delight in the beauty of the butterfly but rarely admit the changes it has gone through to achieve that beauty.”

14. “Take a day to heal from the lies you’ve told yourself and the ones that have been told to you.”

15. “You are the sum total of everything you’ve ever seen, heard, eaten, smelled, been told, forgot—it’s all there. Everything influences each of us, and because of that, I try to make sure that my experiences are positive.”

16. “If you are always trying to be normal, you will never know how amazing you can be.”

17. “If you don’t like something, change it. If you can’t change it, change your attitude.”

18. “It’s one of the greatest gifts you can give yourself, to forgive. Forgive everybody.”

19. “Let nothing dim the light that shines from within.”

21. “In diversity, there is beauty, and there is strength.”

22. “My great hope is to laugh as much as I cry, to get my work done and try to love somebody and have the courage to accept the love in return.“

25. “Every day I awaken, I am grateful. My intent is to be totally present in that day. And laugh as much as possible.”

26. “I work very hard, and I play very hard. I’m grateful for life. And I live it—I believe life loves the liver of it. I live it.”

27. “Love recognizes no barriers. It jumps hurdles, leaps fences, penetrates walls to arrive at its destination full of hope.”

30. “I know for sure that loves saves me and that it is here to save us all.”

31. “I’m convinced of this: good done anywhere is good done everywhere. For a change, start by speaking to people rather than walking by them like they’re stones that don’t matter. As long as you’re breathing, it’s never too late to do some good.”

33. “I make writing as much a part of my life as I do eating or listening to music.”

34. “All great artists draw from the same resource: the human heart, which tells us all that we are more alike than we are unalike.”

35. “I believe that every person is born with talent.”

36. “Words mean more than what is set down on paper. It takes the human voice to infuse them with deeper meaning.”

37. “There is no greater agony than bearing an untold story inside you.”

Tributes to Angelou and condolences were paid by artists, entertainers, and world leaders, including Obama, whose sister was named after Angelou, and Bill Clinton. Harold Augenbraum, from the National Book Foundation, said, “Angelou’s legacy is one that all writers and readers across the world can admire and aspire to.”

The week after Angelou’s death, I Know Why the Caged Bird Sings rose to number one on Amazon.com’s bestseller list.

I hope that this article about Maya’s life (but there’s much more than these rows) and the selection of quotes have set a spark in your soul and inspired you in a good way. Let me know in the comments which specific quote made your day. 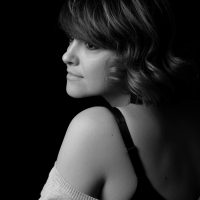 Simona Anca Maria Toma is a a seeker of words with a b&w soul, a photographer & radio storyteller (starting from February 2021). But she’s most fascinated with … Read full bio