A Letter to My Beloved Dog. 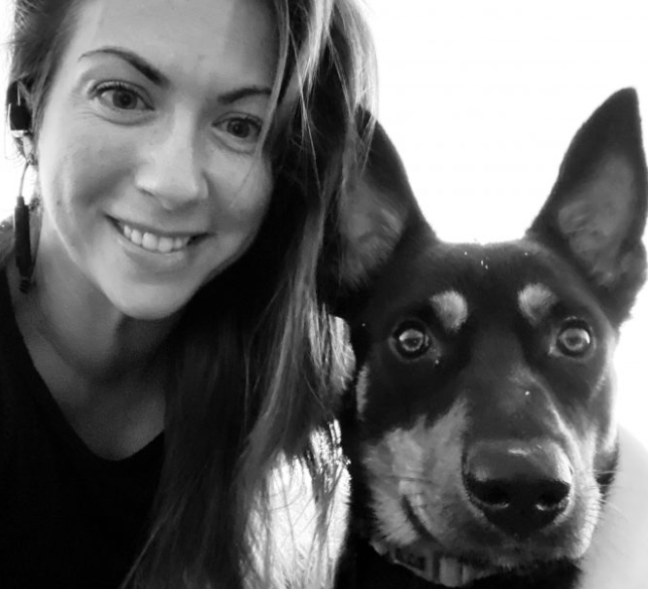 I was receiving some treatment for hip pain today, and whilst I was being asked if there had been any event recently that could be causing me to hold on to shame, guilt, or grief, my thoughts go immediately to your memories.

Your death brought about deep, heart-wrenching sadness. My eyes well up and my stomach knots as I type and recall that day.

I don’t have certainty surrounding the cause of your death; I wonder if you know. I think only you do. Were you bit by the deadly brown snake as you charged back through the mangoes on your way home from visiting your buddy next door? Or, what I suspect, but wish not to believe in a way, was that it was poison 1080 baits left out in the bush for unsuspecting vermin. Either way, it is my belief that you died in pain, and if the later of our suspicions, then it could have been preventable.

I have held back grieving your death. I had my dear friend up to stay at the time; you know the one. We all had so much fun camping together in the past. So, I stuffed it down, told myself I would grieve later after they had left; I didn’t want to make everyone sad and uncomfortable. The problem is that I don’t think I ever revisited my grief; I think I kept stuffing it down and down, and so far down that appropriately enough it is now entrapped in my hip. It prevents me from moving as I once did, disabling me from running free and without pain. We used to run all the time together, didn’t we?

As I unravel this notion, the idea came to me to write a letter to you asking for forgiveness. Not for your death as much, but for your near-death. The memories from that day still haunt me, and I do not believe I have wailed as much or felt physical pain (without injury) for anybody the way I did for you after I thought I had killed you.

I need you to know that I loved you like you were one of my children. You were part of the pack—you thought it, I thought it, and so did my three sons. You were the cutest and cheekiest little bundle out of the whole group of dogs that was your family in Katherine, Northern Territory, Australia. You were so young, younger than normal for a dog to be taken from their family, and I knew that. I knew I had to treat you with extra tender loving care, and that it was my responsibility as your mother to keep you safe and love you.

Boy, did I love you fiercely.

That was never in question. What I do question, was my ability to keep you safe. What I regret and hold shame for was not being present or mindful enough to keep you alive. I hold shame for my busy lifestyle and scatty brain. The image of you lying panting, paralysed, and drenched in your sweat will be forever etched in my brain. I squint and blink back a tear as it’s recalled. It doesn’t happen as often now, but the button still pushes play sporadically on that recording when I open my car door. My heart skips a beat and a ghost hand sucker punches me in the stomach as I remember the day that I had forgotten to take you out of the car.

Could you hear me shouting at you in the shower when I carried your limp and sweat-soaked body to cool? “Don’t you die Danger, don’t you bloody die on me!” I begged you; I reminded you of how strong you were and how weak I was. How could I live with myself if you died? I stayed with you on the table while the angels went to work on you, pumping you with all the healing that could be administered. I felt you knew I was there, but you couldn’t see me; your body reacted but your eyes did not. The vet warned me you might have brain damage or blindness if you survived the night. I could tell they were unhopeful.

When they told me to leave, I got into my car and screamed. I pulled up and cried like a banshee; I couldn’t stop the noise, the tears. I could not be around anyone. The shame had already begun to engulf me. At that time, the only people to know were those around that table. I drove home to be alone with my shame and grief. When I could breathe enough to speak, I called your Dad. I don’t think he knew what to do with me that night; I could hardly look my other children in the eye.

I prayed for you that evening. It was the first time I had ever done a full moon ritual, and I sat out in the storm and prayed to whatever “power” was out there, asking for your recovery—promising I would repent.

I needed to hear the news several times. “Do you really mean it?” “Yes” they said, “and come get your dog, he’s too bouncy to be here.” Your Dad was the one who told me you had made a full recovery. I knew you were capable, but I didn’t think I deserved to be let out of my cage of penance and could not believe I was worthy of this miraculous event. I decided there and then that I never wanted to forget what I had done; I would not allow myself to get so busy and caught up in life like that. Subconsciously, I decided that I also wouldn’t forgive myself for what I had done.

You dying so shortly after that recovery felt like punishment. I was being punished, teased, and was unworthy of forgiveness. Perhaps I haven’t changed my ways and repented as much as I needed to.

I am not entirely sure of how to work through all the threads I have unravelled, but this letter to you is a start. To send out my question and begin the work that allows me to stay open to receiving the response.

Danger, will you please forgive me? 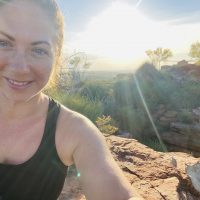 Lorna Hay is living a life full of gratitude in The Kimberley’s. She has three young boys and a passion for all things growth, alternative health and “outside the … Read full bio