How My Dead Mother helped me Find New Love. 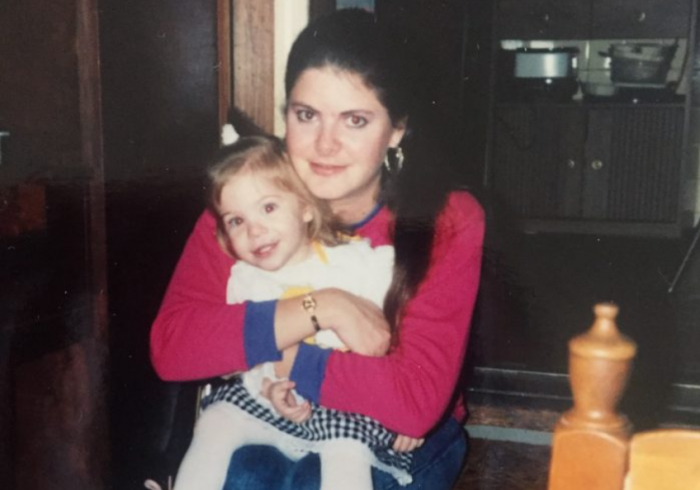 It had been a little less than a year since my mother had passed away from breast cancer. She had passed away after being in a coma for several hours, so it was no surprise to me that she was struggling with her current existence—or lack thereof.

This wasn’t the first time that she had visited me. The night that she passed away, I was sleeping in her bed. I awoke to a figure in a turquoise shirt (her favorite color) walking toward me and saying, loud and clear, “What’s going on? Who’s there?”

Obviously, I panicked and turned on the light. The phone rang about an hour later. It was the hospital informing us that she was gone.

Thinking back on that night, I imagine she had passed away and tried to get right back into her bed, and then was of course startled to see me there.

This time that she had visited me was during a dream. I am prone to lucid dreaming, and it is during these times that I sometimes get visitors. I was happy to see my mom, but it was frustrating to me that she still could not fully pass on.

“Mom, look. I’m sorry that I never called you enough. I was just so busy and then I was a mess after Joe died—“ I started apologizing to her, because I felt this would be my only chance.

“Oh, stop. I know.” She said abruptly and with the same sarcastic, sly, eyes rolling way in the back of her head look I received from her for the majority of the time I spent with her.

My boyfriend had passed away from cancer just three years before my mother passed away. I still felt guilt about the distance I kept from many people, my mother included, during my years of grieving.

As most of my lucid dreams took place in my studio apartment in lower Manhattan, this one followed suit. We were standing on my terrace, but instead of looking across to Brooklyn, we were looking at grass, mountains, and streams.

“You have to wake up and go to that party,” she said to me.

I was invited to a friend’s dinner party, which was an unusual invitation from this specific friend because we only spoke a couple of times a year. I guess Ma had tapped into that.

And then things started to get creepy, dark, and turn nightmarish around us. This happens often when I have spiritual visitations. I imagine it is the negative entities imposing when they see that I can somewhat reach the spiritual realm. It was time for me to wake up.

I awoke and it was 3 p.m. I was already late. I rushed out and grabbed two bottles of Prosecco and took the train to Brooklyn. I really didn’t feel in the mood, but Ma had insisted.

When I arrived there were only a couple of other people and it turned out I wasn’t really late at all. I immediately started drinking, because I could not get over the visitation I had.

I ended up locking eyes with a guy at the dinner table and we started chatting heavily. Soon enough, we realized we had actually worked next door to each other for a few months. I remembered him. He was always really nice and tipped me 10 dollars every time he bought a coffee.

I started to tell him about the dream that I had and his interest peaked. He didn’t think it was creepy or weird like I assumed he would, but he thought it was a special gift.

He left the party before me, but not without exchanging phone numbers. And I heard from him the next day.

Three years later, we are still together. The last time that I dreamt about my mother, he was lying next to me. I started muttering in my sleep and said, “I’m talking to my mom. She knows she’s dead now.”

“Tell her, thank you.” He replied half asleep.

It was my mother who convinced me to go to that dinner, and the gift of still having her in my life after her passing is something I will cherish forever.