What if this “New Normal” Lasts an Eternity? 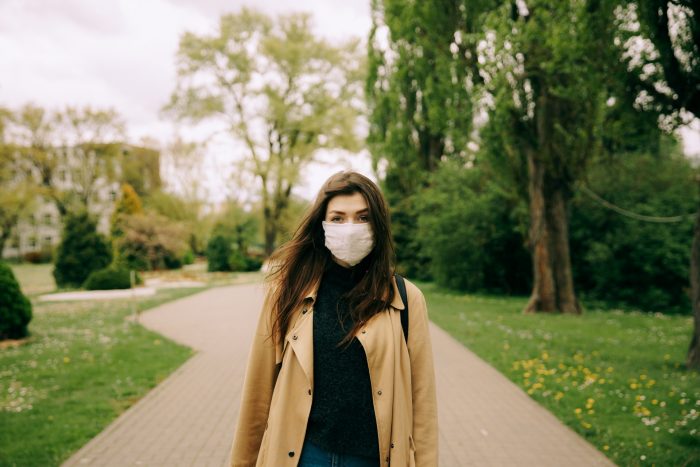 One year ago, the world as we all knew it turned upside down, then went topsy-turvy, and has been that way ever since.

Our everyday lives (and many things we had taken for granted) were ripped away from us without warning, all within the course of a few days.

Slowly, as humans, we had no choice but to adapt. As the one year mark is thrust upon us, memories flood back, my heart sinks, and the familiar panic that was pretty much a constant feeling throughout last spring returns with a vengeance.

A few mornings ago, I was overcome with such tremendous emotion that I was unable to pull myself together to face the work day.

The last year has gone by in a flash, yet painstakingly slowly all at once. I don’t have to tell you. We all lived it. Perhaps the most difficult part is that we endured it together, but separately. The experience has been unlike a death in a family or a personal crisis, where an individual can lean on others for comfort.

This time, we are all in similar boats, drifting in a sea of despair, as separate islands. Whether it is six feet, six street blocks, six miles, or six time zones from our loved ones, it’s all the same—it’s too, too far away.

Throughout this distorted passage of time, none of us remember days—rather moments. Many of them will live inside of us forever.

For me, it was sometime during that first week when we went to pick up a school lunch, and my eight-year-old charged up to her favorite teacher with open arms, expecting the usual embrace. Instead, she was greeted with an outstretched hand prompting her to, “Stop!”

Another moment is when I broke my stride during an afternoon run to talk to my neighbor who was out walking, on the verge of tears too. So, we both stopped to sloppy sob in the gutter of the road, wondering how either one of us would make it through that one day, but we did.

There have been happy times too, lots and lots of them. Like the spring day when my family of four was hiking the trail that we trekked every single morning—only on that day, we spotted hundreds of tiny, red newts underfoot who had hatched only mere moments before. Or, the friendly games of Clue that we finally had time to play together. Or, the kids’ howling laughter as they toured their bicycles through a Great Allegheny Passage tunnel on our week-long family trip (which we might never have visited had it been a “typical” summer).

I would like to think of myself as an eternal optimist. Through this whole ordeal, I have seen the silver lining, but I won’t lie. My positivity is waning.

As a long course triathlete, weak is not a word in my vocabulary. Those of my breed don’t train to be skinny, or physically strong. We train so that we can do hard things.

And is this not, in many ways, the ultimate race? If we were told that the end of the road was 1,000 miles or years away, there would be no doubt in our minds that we would reach it. Except, why does this finish line keep moving further in the distance, and why do the rules to this race keep changing? What if there isn’t really an end at all? What if this “new normal” lasts an eternity?

Recently, as I stood in line for my COVID vaccine, I happened to notice the footprints and the one-way markings on the floor. They struck a vague resemblance to my beloved triathlon courses of the past.

As I exhaustedly rounded the final bend, I wondered, “Is this really the finish line, or is it a mere illusion?”

Still, I had no choice but to take a deep breath, smile underneath the mask, make a leap of faith, and move another six feet in the only direction that I was able—forward. 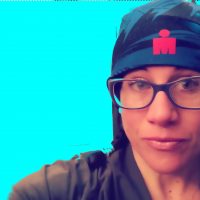 Shana Louise Snyder is a mother of two, a middle school math specialist, an outdoor enthusiast, and an Ironman. She resides in the Finger Lakes region of central New York, and… Read full bio