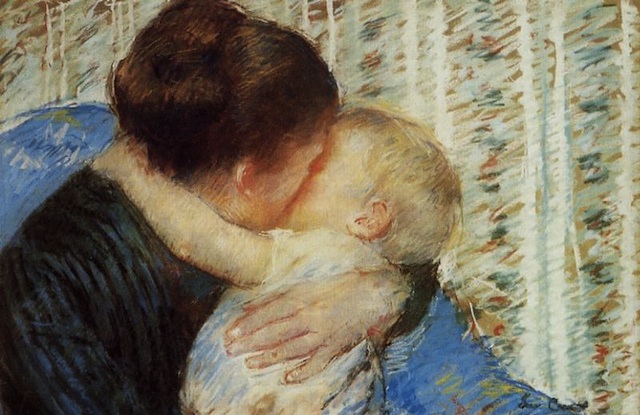 I am not a hugger.

I do not like hugs. I never have…and I’m not really sure why.

As a child, I received endless amounts of love and attention. I grew up in a loving two-parent home and had no childhood trauma or neglect. I was raised as an only child so I was the only kid in the home getting that attention—their eyes were always on me. I was spoiled but I wasn’t a brat. No really, I’ve asked.

How we are raised has a lot to do with how we act as an adult.

Was it the copious amount of attention I received as a child? Did it cause me to repel anyone coming at me with open arms? Maybe; maybe not. I can’t be sure.

I believe in science, and science says that if you grew up in a home where physical touch was a regular occurrence, then you are more likely to be this way as an adult. Maybe I’m an outlier.

For those wondering, you can never give a child too much attention. As long as the child understands that the world doesn’t revolve around them, they should be okay. I knew that much. My husband’s opinion of me might differ. But hey, I can use the “only child” excuse, right?

As an adult, I often feel pressured to hug people. Most of my friends like to hug hello and goodbye. I don’t understand it.

Why do we have to touch each other? Have they not heard of personal space?

When someone comes at me with open arms saying, “Oh, come here! I’m a hugger!” I barely have enough time to utter that I’m not before they’ve wrapped their arms around me and my skin begins to crawl. It doesn’t matter how little I reciprocate in these situations, some people still don’t catch on.

I often feel that I have to state my preference for less human touch. When someone comes to me with sad news, I will say, “I’d hug you, but I’m just not really a hugger…what else can I do to help?” That way they understand my reasoning and don’t think I’m just being a rude, emotionless human.

Although I am not fond of anyone touching me, there are certain situations in which I will allow a hug. For example, if my mother wants to hug me, I’ll oblige with a one-armed side-hug. She did bring me into this world; it’s the least I can do. On occasion, my husband and I will hug each other and I know that we both benefit from those physical interactions.

Hugging just makes me uncomfortable. I’m the farthest from being a touchy-feely person and my love language is acts of service. My husband isn’t a touchy person either, and I think that we fit together perfectly for that reason. You’ll never find us partaking in PDA (public displays of affection), and we sleep with separate comforters. (Best relationship decision ever!)

I think part of my disdain for embrace has to do with my disinterest in social situations. I’m an introvert. I don’t like to be around large groups of people. I enjoy my alone time when I can get it. I don’t need your arms wrapped around me to know that you like me.

I’ve joked that once the pandemic is under control and we start venturing out to see friends and family that I’m going to stay in for at least another month. That way, my friends can get all of the hugging out of their systems without me having to be involved.

In the past, I acted in the way I thought I was supposed to. I’d do PDA with my boyfriend (now husband) or be closer in my friends’ bubbles. Alcohol aided in my discomfort, so it was never really an issue for me. Now that I don’t drink I want much less to do with physical touch.

I know what you’re thinking…and the answer is yes! We have a great marriage and we give each other the attention we both need. Yes, I’m sure. I’ve asked.

Although I hate hugs, there is one person who I can’t help but put my hands on: my son. It’s to the point that he is starting to tell me to stop. Maybe it’s because he was once part of me, his body was inside of my body. I feel a special connection to him more than I do to any other person. I can’t explain it, but I’m sure a lot of parents reading this know what I’m talking about. I often have my hands in his curls or catch myself rubbing his back without even thinking about it.

There you have it, proof of my humanity. I actually do have feelings and I am capable of loving others…just as long as they don’t touch me.

So, next time you’re tempted to go in for a hug, remember to ask first. Not everyone is a hugger, and that’s okay. 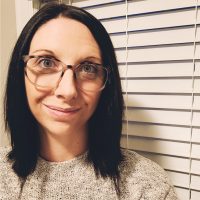 Blair Sharp lives in Minnesota with her husband and toddler son. She works full-time as a Psychometrist and is a writer for a parenting resource in her community. In her free … Read full bio