Revealing Predation in Modern Relating: Let’s Get Brave Together. 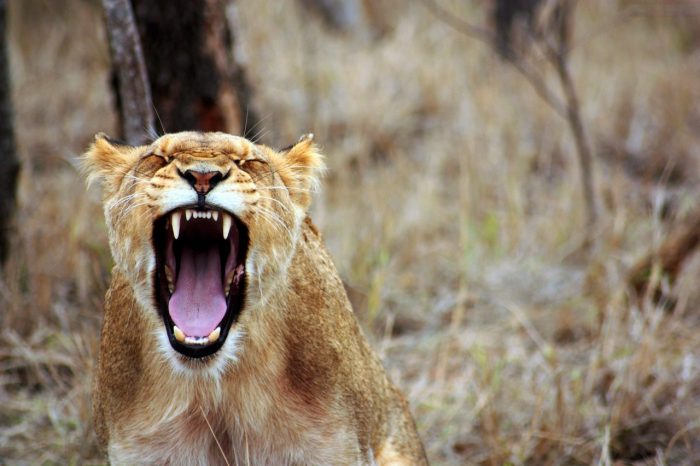 This cannot be achieved through performance.

There is a new spin on teaching intimacy in the coaching world. It is called polarity dynamics, and well, it isn’t new. It’s been around in various forms for a long time.

There was a book that was required reading in the 90s for members of Church Universal and Triumphant—the cult I grew up in. It was titled, Fascinating Womanhood. These two sentences set the tone for Helen Andelin’s book.

“What makes a woman fascinating to her husband? What is happiness in marriage for a woman?”

These are not sinister questions but they can lead down a slippery slope of women asking what they need to do to be more pleasing for their men. Is that a problem? Not if both parties are being respectful of each other, if both parties are attentive to each other, listening, and modifying behaviors as is required for shifting situations.

If, however, the structures between partners are rigid, unforgiving, or fall into the all too familiar roles of dominant and submissive—which has been promoted as being the ultimate polarity within male and female dynamics—then yes, we have a problem.

Since I started looking into the topic of polarity in relationships, I’ve also been looking into, and confronting, the consciousness of predation.

This goes beyond sexual predation. This is about setting each other up to play rigid roles in our lives and relationships instead of allowing the unique nuances of the dance to unfold organically. This is about denying people their boundaries, invalidating their needs and feelings, and relegating them to only one dimension of expression.

This is about grooming men and women to lose sight of their own, and each other’s, sovereignty. This is about ratifying the masculine as a dominator and conditioning the feminine into fawning. These are particularly dangerous traits to prioritize in intimate relationships.

Blame, shame, manipulation, and gaslighting are tactics that are employed by both sexes to deflect emotional vulnerability and avoid responsibility. People leveraging them in communication may seek to invalidate the reality, feelings, and lived experience of another.

I have been confronting predatory consciousness my whole life, as someone close to me features heavily toxic on the narcissistic spectrum. Communication within this dynamic initiates a kind of trance around our intrinsic sense of self-worth and replaces it with a need for approval from the abuser. It is deeply confusing.

The language used can be unconscious and hurtful, but worse—it can be intentionally abusive and malicious. Men and women who apply these tactics—twisting words, invaliding feelings, gaslighting, and even weaponizing vulnerability—are under the trance of the predator.

And what is the predator?

It is a devouring archetype or, as seen in the wild, an animal that hunts and feeds off of others. In human relationships predation is what occurs when the combination of instinct-injury and unchecked usury runs amok.

We need to be wise to the characteristics of these individuals. We need to get our sense of smell back, so to speak. This is not about diagnosing people. This is about being aware. I choose to talk about these traits as personality traits, not disorders. The terms are important to acknowledge and to educate ourselves about as malignant egophrenia is the actual epidemic of our generation.

Psychopathy is a condition that arises from the absence of empathy and basic human values. Narcissistic dysfunction, an isolating kind of selfishness, occurs on a scale from mild to toxic. And predation, which encompasses both above mentioned pathologies, is a behavior that indicates using people—feeding off of them.

Utilizing predatory tactics does not necessarily make someone a sexual predator. It is more nuanced than that, but that word speaks to a deeper part of our psyche than any of the above clinical terminology.

We all have a predator within us. It is hungry and it must be met with rationality, compassion, and discernment. It is, to a degree, a vital component of our instincts. Those who have been so deeply instinct-injured (as most of our society is) have forgotten to listen and feel for its wisdom, and so they, themselves, become prey.

Predators can sense susceptibility in their potential prey, just as we can sense predators when our mind-body relationship (our instincts) is intact. They have a smell, a taste—an energetic frequency. And, instinctively, we also know when we are being stalked.

In his book, Dispelling Wetiko: Breaking the Curse of Evil, Paul Levy talks about this phenomenon as being a psychospiritual infection. There are many names for this consciousness throughout different cultures across time. Natives call it wetiko, Buddhists refer to them as hungry ghosts, Gnostics named them archons. It is non-localized psycho-emotional energy that, when it gains enough momentum, can seem to take on the traits of possession.

This consciousness seeks to siphon energy from the vulnerable and to twist others, who have toxic pain and rigid psychological constructs, to its agenda.

And what is that agenda? Divide, conquer, control, dominate, force submission, use, distort, and perpetuate the cycle. This is the cycle of a trauma bond and it is enacted through all of our transpersonal relationships and through every level of society.

Regrettably, this predatory consciousness is rampant in the healing/coaching world; this is of deep concern to me. People come to practitioners when they are open and in need.

Frankly, I do not know what else to call someone—besides a predator—who makes their living from intentionally destabilizing people while promoting ideologies that invalidate or even exploit vulnerability and pain. It is clearly irresponsible but it is also manipulative.

“If a woman asserts herself, tries to manipulate him, asserts boundaries (telling him no), tries to teach/convince him (especially about his behaviors or intentions) then she is disrespecting him.”

Dominion of self and surrender—as choices—are powerful components to self-growth. While courage, kindness, honesty, and empathy will take us more deeply into connection with each other than any formula ever could.

If we want intimacy, it comes with responsibility.

We—men and women—need to repair our instincts, build compassionate skill sets for relating, and dive bravely into vulnerability together.