Some Goodbyes are a Blessing: How a Dream changed my View of Rejection.

Last night I woke up from a dream that was loaded with rejection.

There was this guy who I know but never had any type of romantic relationship with, not a compliment that suggested him finding me attractive, no seeking me out in any particular way—as a matter of fact, when I first met this man, I thought he didn’t like me, so it was strange that my subconscious mind chose him for the dream.

I dreamt we were in a relationship. I saw a child who I was teaching the Spanish word for “dad” to call him—perhaps it was our child.

It seemed like I was lovingly and sweetly chasing this man around a field—I was in love with him.

I couldn’t see clearly because it was evening and getting dark. There was a car moving around the field. This guy wasn’t hostile to me, but I felt the need for attention and affection. I didn’t feel as if I was the center of his world.

Then I’m not sure how but we went to scene two of the dream, and a woman showed up next to him. I was able to pull him back to me, and we had sex.

It felt like it was lacking emotional connection—it was a mechanical, physical act. He was going through the rituals of love without putting his heart and emotions into it, and there was no depth of surrender, which would have been necessary for me to label this experience love-making.

I asked him if he was going to work because I saw the woman show up again. I was trying to keep him away from her. He said, “no.” I felt sad as I was noticing the distance between us but was powerless to bridge the gap.

In the third scene of the dream, I couldn’t find him and went searching for him. I found him lying in a bed with the same woman I saw earlier. They were sleeping peacefully. I woke him and asked if I could speak to him. He said, “Yes, Heroína,” and got out of bed.

The last thing I read before going to sleep was a post that said:

I’m now fully awake and went over every single meaningful relationship in my life and started to cry.

I imagined what it would have been like if I abandoned myself to save these relationships. The isolation, the betrayals, the other women being around as I was feeling unsafe, as I considered myself “not enough.”

In relationships, I was always giving. I didn’t feel unconditionally loved at any point in my life.

My first husband said he married me because I got pregnant, and to me, he was the love of my life. In other relationships, it was for my body, or because I was a good cook, or for gifts because I’m generous and giving is one of my love languages. The second husband was trying to improve the quality of his life…but it was never about my well-being.

Yes, those goodbyes were a blessing. But they hurt for years, and I’m still recovering from some of them.

I know I have a big responsibility for how these things went and I’m no longer feeling sorry for myself, as I always got sidelined by the honeymoon euphoria and jumped right in.

Drunk in love, totally unguarded, trusting in the magic of the universe, I abandoned myself, asked no questions, ignored red flags—because I believed in the innate goodness of the human spirit.

I put my well-being at the hands of others. Yes, I know; I owe it to myself to look after my precious and tender heart because that trusting, naive girl no longer exists.

I’m learning to love myself and showering myself with the gifts I gave to others. I’m taking time to cook the meals I want to eat. I’m spending my money doing the things I want to do.

I’m thinking about the life that I have and what I want to create more of. I’m healing every past lingering heartache to travel toward the light. I cry because I believe it’s part of the detoxing process.

I don’t see it as being broken, but I welcome my grief when it shows up as a way to release emotional pain.

I’m taking all the time and space I need because it is my life. 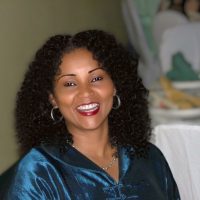