I remember sitting in a group of Eastern spirituality practitioners listening to a lesson from a world-renowned teacher, and at one point, he made a comment to the group about how there’s no excuse to die more closed off, more angry, more retracted, than the day we are born.

“Die better than you were born,” he said.

He told of babies, how they shine with enthusiasm and perception. How they absorb every aspect of their world, and how they love so easily.

“This is how you come into the world,” he said, “and with all the time we have here, shouldn’t we do something to improve upon that state of being rather than descend into some sad distortion—some little sliver of our potential?”

As we grow and learn, we absorb pieces of the world. We begin to fit the new information in with what we already believe to be true, and by and by we find that we are walking around operating with a mostly functional world view.

Unfortunately, as we collect all these beautiful experiences and feelings of love—as we become richer for our knowledge—we also tend to pick up the pain of heartbreak, the struggle of humanity, the disappointment that life mostly exists in the ordinary instant.

We hear the Buddha say that life is suffering, and we holler to the heavens, “Damn right—sure is!”

By and by we close to the world, contracting into ourselves, half out of protection and half out of laziness because we’re too scared to keep trying when all we seem to encounter is failure.

But there are a few among us who don’t. There are those rare souls— you know who I’m talking about—who seem larger than life. They walk down the street and you see them. They are radiant, joyful, open. We don’t relate them to babies because they’re full-grown adults and can walk and talk and have haircuts, but in reality, they are probably energetically more like babies than the rest of us.

The last 12 months have been hard on all of us. Between a global pandemic, worldwide devastation from fire and flood, economic collapse on a broad scale, and the resulting interpersonal conflicts that are bound to arise when every human on the earth is operating at their wit’s end, we’ve all lost a little grace, said some mean things, and flipped someone off in traffic.

Yet, collectively, there’s something else happening—and it’s happened before. There’s a great becoming on the threshold to which we now stand.

Remember the Plague? Probably not, because you weren’t alive yet and you somehow don’t remember much of that chapter in your history book. But I’d bet good money that you remember the Renaissance.

Guess what precipitated the Renaissance? Guess what societal sh*tshow led to one of the most creative, revolutionary periods in history? A pandemic. A rather nasty one at that. Let’s be honest—the Plague circa 1350 makes COVID-19 look like a nice day at an amusement park.

But then, in the 300 years following the most challenging period humanity had ever known, there occurred a complete transformation in the way the world existed from humanity’s perspective.

In case you’re a little fuzzy, the Renaissance birthed da Vinci, Descartes, Galileo, Copernicus, Chaucer, Dante, Shakespeare, and every one of the ninja turtles (or at least their namesakes). That’s a pretty productive few centuries.

So what’s my point? My point is that humanity as a whole is predisposed to grow from hardship. This is the very premise of evolution. That which is awesome shall prevail while that which sucks shall perish.

So here we all are, a measly 12 months from the kickoff of the hardest thing we’ve ever experienced, and most of us actually feel alright. Sure, maybe it’s part euphoria because we’ll all be vaccinated soon and the end is in sight and you get to go to the beach this summer. Or maybe you’re so strung out on stress that any day where you don’t incessantly think about paying your rent from two months ago is a good day. But I’d posit that there’s something more.

I’d suggest instead that what’s really happening is that you’ve discovered by some stroke of cosmic genius that you are much more resilient and capable than you ever thought possible. You’ve climbed Everest and realized that you can do hard things—really hard things.

And in that new confidence blooms all sorts of incredible gifts. The gift of remaining open in the face of adversity. The willingness to recommit to healthier habits even when the rest of your life is going to sh*t. The gift of surviving something hard and not being an asshole afterward.

Maybe the global movement toward greater racial equality has shown you sides of yourself that needed to heal. Maybe being cooped up in your home with your lover showed you how much you care about them…or maybe it showed you what you need in your next relationship because you didn’t have it this time around.

When we begin to explore the events of the last 12 months from the perspective of the ways in which we’ve grown and evolved and become more unequivocally awesome, it’s hard to not find at least a few silver linings.

I think we would do well to acknowledge that life is always going to be challenging. That easy lives are boring—painfully so—and that in reality, an easy life doesn’t exist. Those who seem to be having an easy go of it are actually just really good at learning from their failures.

The Buddha said, “Life is suffering,” and he was right. But rather than seeing that as an excuse for why we still suck, we can use it as a trampoline that launches us over the hedgerows of our own psyche into the inhospitable unknown where we might actually learn and become something.

When we can truly adopt the sentiments listed above, we begin to relish the climb. We realize it is a privilege to endure the hardships of life. As it turns out, that’s the whole point.

We are set on this earth to become better than the conditions into which we were born. If we succeed, we leave a legacy. If we fail, we just leave a body to be dealt with.

Yes, it’s now rounding into summer. And yes, the end is probably in sight somewhere. But life isn’t going to get any easier, and you should thank your lucky stars for that.

Because at the end of the day, the best you exists not in spite of the challenges you’ve endured and survived—but because of them. 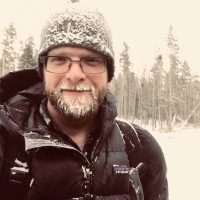