Lessons in Toxic Love from a Chronic Fixer. 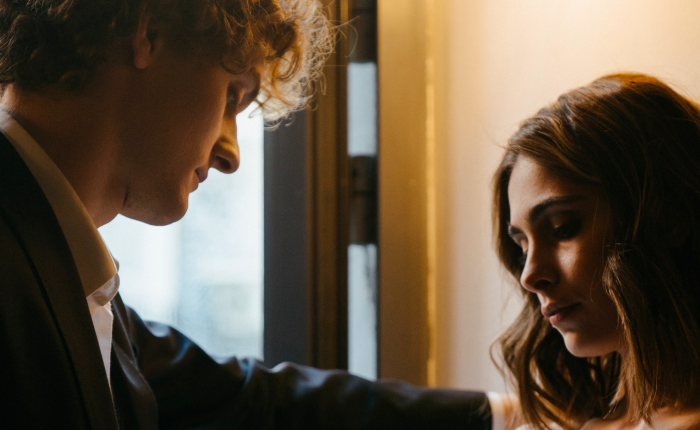 I was listening to a Spotify playlist and the song “Fix You” by Coldplay popped up.

I’m respectfully indifferent to Coldplay, but this song gives me chills.

What was interesting about hearing it this time, as opposed to the 9,256 other times, was that I heard the chorus lyrics from an entirely different mentality:

Lights will guide you home

And ignite your bones

And I will try to fix you

For the first time, when hearing the chorus—especially the last line—I thought to myself, Oh, hell no! My days of being the fixer are in the past.

This used to be my identity. I fixed things. I was the hero, the white knight. “Never fear, Rich is here!”

I believed, unequivocally, that it was my life’s mission to be the hero—just like in the movies, legends, and fairy-tales. I would save the day and the damsel in distress would clearly see that I was the missing piece to her everything and magically swoon. The princess would climb on the horse with the white night and ride off into the sunset to romantic bliss.

Let me give you all a second to squirm over that last paragraph. I mean, it’s quite cringe-worthy when I look at it too. It’s also what I assumed for a long time. Often, in our minds, ridiculous things are gospel. Then we usually learn differently and act from that space instead.

Speaking of “learning differently,” that’s where it all began. When I was a kid, I learned to fit in, to be seen. I didn’t have a whole lot of external gifts. I was a small, awkward kid who hadn’t grown into his charm yet, and my lack of social skills showed.

I learned that if I were the smartest kid in the room, and I could fix other’s problems (ranging from doing homework and buying lunches to giving advice on their life drama) and save the day, I had value. I would even occasionally get invited to the cool kid stuff. It was always clear that I was the outsider, but I took whatever cookie crumbs I could get.

This carried on through college and into adulthood, and I leaned into it intensely. Subconsciously, I learned that if I was needed, I would not be pushed away. I made sure that I was known as the guy who solved all the things for all the people. Always available, all the time.

When I wanted to date a woman, that was my “in.”

I can fix this, heal that, rescue you. When I received a positive response, that was my validation. I was the hero, complete with the red cape and giant “S” on my chest.

I insisted I was portraying my true self, yet that couldn’t have been any further from the truth. I was a doormat, and I wouldn’t know a boundary if it slapped me in the face. I didn’t grasp the word “no.” If I ever considered using it, I would be terrified to deploy it.

There would be no need for me if I said no, therefore I had to fix all things. Like Inspector Gadget, I was always “on duty.”

What I wouldn’t allow myself to see was that I was using this as a means of control. If I fix you, if I save you, then you won’t leave. You need me because you can’t resolve your issues without me.

What inevitably transpired was one of two conclusions: I would either be pushed out of their lives, or I would end up in some degree of a toxic codependency-fueled disaster. Those who were emotionally healthy knew that they needed to learn their own lessons and fix their own problems, which I was not allowing them the opportunity to do. Those who fed off of being saved were demanding and validation became overwhelming, which led me to snap.

It never ended well, and I ultimately had no one to blame but my own inability—okay, refusal—to learn that I was living a toxic pattern.

I blamed it on other people:

How do they not see how amazing I am?

I’m not like other guys, why won’t you see this?

You’ll see, you made the biggest mistake of your life.

There’s a funny thing about having a pattern and living in the pattern. Different people come and go (usually they run), but the results are always the same.

There’s always one constant that remains hidden: the guy in the mirror.

God forbid, I look at him and see how he may have been the culprit. My actions may have been hardwired, but they were ultimately my choices. Every single response was direct action.

It was damn hard to admit that I was the problem and not the solution. I convinced myself that I was, but it was also the most powerful lesson I ever learned.

Growth comes from making mistakes, learning what needs to be fixed, and working until we create the results needed.

The rest of it is out of our control, especially how anyone else responds.

Do we really want to try and control others to stay with us by using force and sweet talk?

I didn’t want that for myself and maybe others didn’t need this as well.

I am beyond thankful for this powerful lesson. Nowadays, I relish not being the savior or the fixer, and I find tremendous joy in guiding people toward their own solutions.

I have a deeper connection to myself now.

And I will not try to fix you. 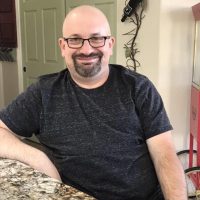 Rich Levesque is a recovering 911 operator from Massachusetts. Partially through a 90 day journaling challenge, and partially by accident, Rich became the author of Becoming a… Read full bio