8 Signs you have Finally Found your Person. 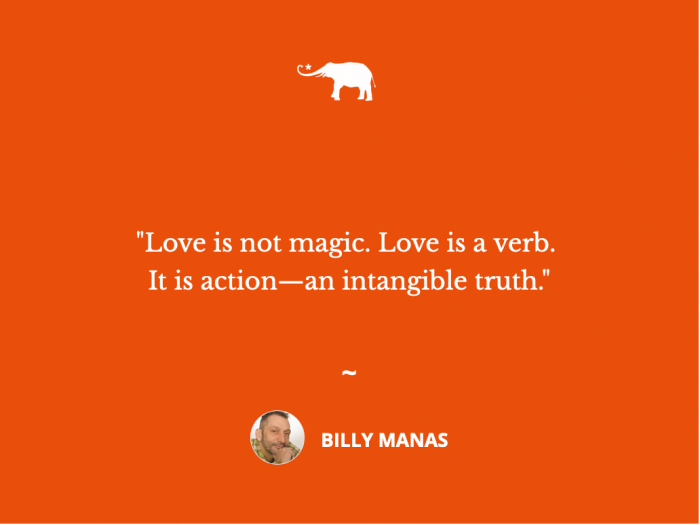 Hearted by and 16 other readers

Mutual electricity is the only way I can describe what happens when she and I hug.

It is the unmistakable feeling of arriving home—and to me, that was never something I took for granted.

I never felt “at home.” My family moved so often when I was a child that my most enduring friendships didn’t begin until I was about 16. I don’t really remember too many schoolmates before that time.

It was that fragmentary beginning that likely set the stage for a decades-long history of substance use disorder—the capacious emptiness and the need to quell pain I could hardly even understand.

So, when I hold my lover and say I finally feel like I am home, I am not being sappy. It is important that I am able to convey the kind of wholeness she brings into my life.

As crucial as that factor is in creating that gut feeling that I have found my “person,” there are eight more points that drive home the truth of this conviction:

1. You Get Each Other

This is another intangible thing that often gives me chills. It is that odd thing where the two of us will be in the same room, hearing the same person talk and look at each other at the same time as if to ask, “Are you hearing this sh*t?” It’s comical. It’s love. And it’s something you either have with someone…or you don’t.

It’s not just a movement. For many people plugged into current pop culture, I imagine the “me toos” come fast and furious.

There’s really nothing outlandish going on there. However, when your lover appreciates the same obscure poetry, the same underground bands, and the same food, you begin to feel like the universe has bestowed you with the gift of a lifetime.

3. You Don’t Have To Be A Chameleon

I mentioned substance use disorder before, and suffice it to say that becoming a chameleon in social settings is one of the most important survival tools of the afflicted. I was pretty good at it and used it liberally for years.

Even though I had no qualms about employing the technique in romantic relationships, it always left me with the feeling in my gut that the romance would be temporary. It hasn’t been too often that I have felt comfortable enough with any partner to just be me, but the fact that I can now further drives home the idea: I found my person.

4. You Don’t Argue (over minutiae)

Even the most loving couples argue; I don’t labor under any delusions about that. Conversely, I was once involved with someone I hadn’t had a single argument with for five or six years, and that relationship was less than desirable.

But those arguments that are fruitless and nonsensical—you always leave your socks on the floor/toilet seat up/gate open for the dog to get out—while they may be part and parcel of some younger marriages, cease being an excusable way to fritter away time when people are getting close to the big five-oh. When there is a simpatico understanding of the preciousness of life, this enhances love in a big way.

As an extension to the previous point, when you can trust the feelings you have for one another enough so that you can freely express the times you’ve been hurt or misunderstood, you better believe you found your person. As a man who has been with partners whom, many times, I have had to employ repression almost as a matter of course, I can truly appreciate the openness that true love possesses.

6. You Feel At Home With Their Friends And Family

This is huge for me. Being an introvert by nature, I don’t feel at ease in social situations most of the time. After my lady and I were only together a couple of days, she brought her friends to the winery to come see me play. A few days after that, I met her teenage children. All of these episodes had the potential for nervousness and awkwardness, but there was no such hassle. What there was in all of these situations was a rare acceptance and kindness.

Okay, I’m not getting all woo-woo here; but, when you text a person and ask if they’re okay and when they do the same for you and these calls or texts come when issues are, in fact, taking place, it’s hard to deny that you have met your destiny. As I said in an earlier piece, she feels like an old friend I just met, and it’s stuff like this that seems to color that picture.

8. Their Face Makes You Happy

In one of Tony Robbins’ most famous talks on “anchoring,” he explains that relationships often dissolve when dangerous anchoring takes place. If sadness, frustration, and hurt become associated with your partner’s presence, disaster will ensue. On the opposite side of that coin, when the sight of your lover’s face makes you feel safe and happy, things will be incredible.

When all is said and done, the universe is generally pretty sparing when it comes to love. It walks into your life on rare occasions, and, as humans are less than perfect, it marches out sometimes just as quickly.

Love is not magic. Love is a verb. It is action—an intangible truth.

If we are lucky, we hit a point of maturity equal to that of our partner’s, and we experience what Rainer Maria Rilke referred to as “the work for which all other work is preparation.”