How Buddhism Saved me from Alienation & Self-Judgment. 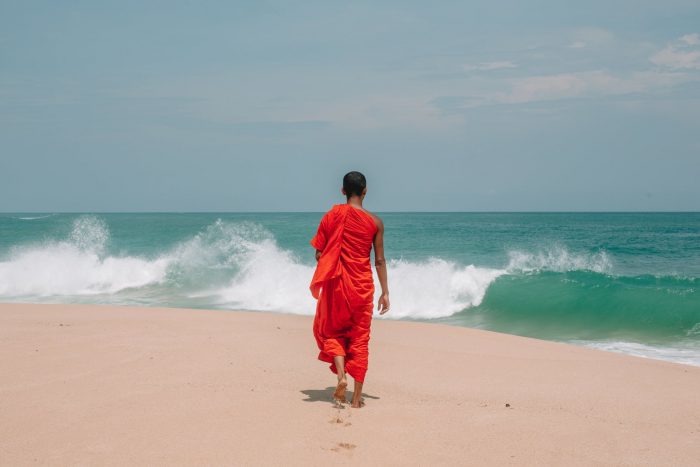 Photo by ROMAN ODINTSOV on Pexels.

I was born in Sydney, Australia.

I am a regular Australian citizen who would serve my country in the military and become a physics teacher in one of the more underprivileged environments in Western Australia.

Growing up, for all intents and purposes, I was an Australian, just like all my friends. The only thing was, I was a “first-generation Australian” because I am Chinese.

I encountered prejudice and taunting as a child and into my teens. It hurt. I was too young to be able to identify racism as the other person’s problem. I began to personalise the taunts. This led to feelings of alienation and self-judgment.

However, as the years went by, I learned to laugh with them. This was a coping mechanism, but it successfully got me through and helped me raft above the pain. I found myself damaged underneath but much smoother on the surface; my life began to work a lot better for me.

One other difference for me is that I was raised Buddhist. I had many traditional and ritualistic understandings of Buddhism, but despite them being beautiful in their own way, they had not seemed to help me much in the world that I was facing and learning to live in.

As a physics teacher, my life of service to the kids I helped made a difference to me in turn, but underneath I couldn’t shake this old pain.

In short, I felt lost. Was I destined to drift, feeling lost in what had started to feel like an alien landscape?

Not Chinese. Not quite Australian.

My life turned around in 2017 when my housemate introduced me to an enlightened Buddhist teacher, Vishrant, based in the hills of Perth, Western Australia.

A brief history of my new teacher:

He was born Vincent Cooper on January 8, 1954, and attended Aquinas College. Vishrant had briefly been a car salesman for Ford before founding his own publishing business, which eventually employed about 35 staff. In his quest to become a better businessman, Vishrant was involved in personal development and participated in various encounter groups.

He was opened up to the world of higher consciousness through his first teacher, Osho Rajneesh, in the 1980s, whom he interviewed in 1985 at Rajneeshpuram in Oregon. Vishrant went on to discover heart (or love) on a sinking boat in a cyclone off the coast of Australia. As it was slowly going down, he stared at his partner. Realising their limited time left, he felt his heart burst open to unconditional love for all things amid the massive swell with circling sharks. After being saved by an ocean liner, he had devoted his life to what he now saw as Truth.

After attending mystery schools for months, one day, while walking along the Attadale foreshore self-enquiring for hours, Vishrant found himself as Consciousness itself. Soon after this satori and his heart awakening, Vishrant gave his multi-million dollar business to his staff and devoted his life to the service of others. Ten years of Buddhist and Hindu practices later—with the assistance of several travelling Advaita Vedānta teachers arriving in Perth—enlightenment established for Vishrant.

After sitting still for almost 18 hours a day for six months, Vishrant was requested to hold Satsang. In 2012, the community of students that had grown around Vishrant established The Vishrant Buddhist Society, a not-for-profit organisation.

That is how I found him.

Ironically, it was with this western teacher that the scattered Buddhist understandings I had had my whole life were finally pieced together into a working vehicle of higher consciousness for me.

In his mystery school, Satsangs and retreats, I practiced techniques to be present, nonjudgmental, to witness the mind and accept all the parts of me that I had rejected, to let go and surrender resistances within myself. I learned to gently and warmly welcome the pain I had been carrying like I was holding a newborn baby.

Over time, I found myself happier and happier.

Instead of pain in my chest, I started to feel love shining out through the cracks that were beginning to appear in my armour of coping mechanisms, which I had constructed around my brokenness. Vishrant taught me to celebrate life.

I found a beautiful fiancée who is now pregnant with our child. I have started my own tutoring business in continuation of my service to the society that I now feel at one with. The alienation has finally melted away, and I feel as though I belong even when I occasionally run into race-orientated humour.

My laugh is sincere now. If I am ever racially taunted, the pain I experience is brief; my wounding around it is largely healed.

I now accept life more as it is.

As I practice meditation, mindfulness, and self-enquiry, the identification I have with being Chinese, Australian, a teacher, or even a human, begins to drift away. I’ve found more expansiveness and peace in my life. I am forever grateful to Vishrant for these teachings and insights; these gifts are beyond priceless.

I hope that somehow the racial divides, slurs, and hatred in our societies will one day be gone. But, for now, I am finding peace in the middle of them.

This is my story of how sweetly, with insights and Buddhist practises, my life has become beautiful. 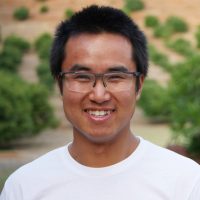 Tosh Allen Kha got into mindfulness and Buddhist practice whilst studying theoretical physics at the University of New South Wales. An avid adventurer, he has enjoyed playing … Read full bio