Following a Friend’s Footsteps into my own Healing. 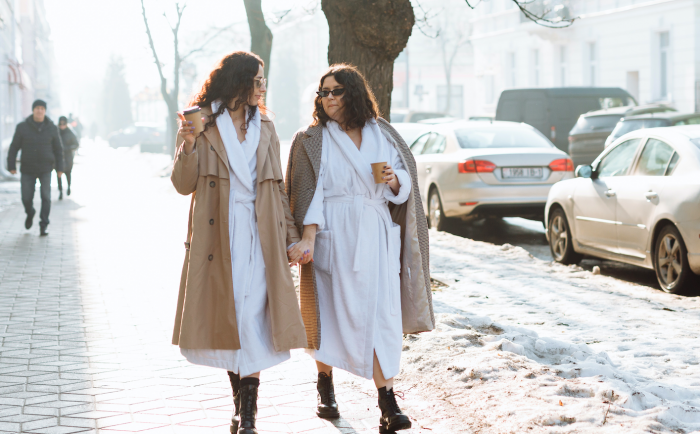 I first met Melissa when she was a junior school music teacher, and I had just returned to Australia after 30 years in London.

We were both working at an exclusive girls’ school in Hobart. On Fridays I used to head to the junior school music department, where Melissa reigned supreme, to teach seriously unruly groups of children to play the violin.

I hated my Friday mornings with a passion, but Melissa shone: a beacon of calm in a morning of chaos. The kids loved her, and in her presence behaved like the little angels that they really weren’t. She became a friend, and oh, how I longed to have that serene authority.

At the time I put it down to her yoga practice, which was an important part of her life. More than that, she seemed to have an inner strength—a certainty of her place in the world—that appeared unshakeable. It radiated from her and accompanied her, like an aura, wherever she went. My admiration was unbounded.

Melissa was struck down by a stage four lymphoma: life-threatening and excruciatingly painful. I thought she was going to die.

She became private as she went through her treatment. Understandable, but hard for those of us who so profoundly wished her well. I saw her only once, looking very frail, with hair just beginning to grow back before she packed up her Hobart life and disappeared.

First, a stay at the Gawler Foundation. Their Living Centre provided education and guidance in holistic well-being for all, but especially for those living with chronic illness. Then on to an ashram, where she lived for five years until it closed.

Back in Hobart now, Melissa is sharing her accumulated wisdom. Cancer-free, she still radiates that aura of calm. Instead of teaching music to young people, she teaches yoga and mindfulness and runs special classes for those in recovery from life’s various curveballs.

About five years behind her, I too was diagnosed with stage four lymphoma. Not as painful, but incurable and possibly terminal. Although I didn’t know it at the time, I was sent to the same wonderful specialist who saw Melissa through the most acute phase of her illness.

Melissa’s miraculous recovery, her ever-present tranquillity, and her commitment to living her best life have been inspirational for me. I attended her one-day silent retreat, followed by her gentle yoga and mindfulness classes.

After the retreat, I headed up north to a music camp where I teach every year. The day’s silence had suggested a new resolve for me: for the duration of the week, I would try not to interrupt people. I would let them finish speaking before allowing my vocal enthusiasm. This simple thing changed my whole experience of camp. People commented that I was quieter. I felt this was my first step to attaining some of that calm I so admired in Melissa.

What was initially something I intended to try for a week has become life practice. It’s hard sometimes. The need to instantly share can get the better of me. On the whole, though, it feels respectful and enriching—a better way of relating to others.

Home from camp and straight into yoga and mindfulness.

I first experienced yoga when I asked for a series of 10 lessons for my 15th birthday. I loved it and felt a huge pull toward that centered way of being, but I didn’t persevere. Throughout my life, I have dabbled intermittently in yoga and meditation, followed the teachings of Deepak Chopra, and been entranced by the wisdom of spiritual masters. Despite the learning and the many gifts, I always failed to persevere.

Instead, I continued my frenetic life as a London musician. I was successful, so I mostly worked seven days a week, often morning, afternoon, and evening. I drank too much, smoked too much, had too many lovers, and was incapable of managing my money. Having left home at 17, I had never learned the art of looking after myself. My eating was chaotic, and the word “no” was not in my dictionary. Change was needed.

I left London and moved back to Hobart. As my working life became slowly more manageable, I pursued my love of cooking whole foods and became generally better at life.

Although incurable, my cancer can be manageable for many years. My drugs work well, my specialist care is great, and self-care is a priority. But until the reappearance of Melissa in my life, I was floundering. I read a lot, and flitted from one enthusiasm to the next, trying everything on for size—no matter how ridiculous.

Melissa has given me focus. She knows, she’s been there, she has found a path that works. Following in her footsteps, I am beginning to feel I am living my best life. Physically, I feel better than I have for years. Yoga is becoming a daily practice, and I swim twice a week. My body is cooperating in a way I had forgotten was possible.

Mentally and emotionally, I have acquired a balance I never had before. Spiritually, I am returning with gratitude and relief to the true self I was at 15: writing, searching, and embracing a quieter, more authentic way of being in the world. Mindfulness has taught me a gently accepting method of dealing with the incessant itch that is part of my condition.

Following where Melissa leads is not a mindless copycat exercise, nor a way of handing over responsibility for my well-being to someone else. Rather, it is restoring a connection with my inner wisdom.

In the words of the AA prayer, “I am finally acquiring the serenity to accept the things I cannot change, the courage to change the things that I can, and the wisdom to know the difference.” 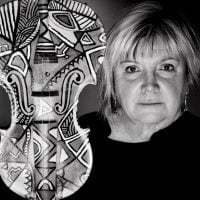