Home: The Place where I Learned to be Me. 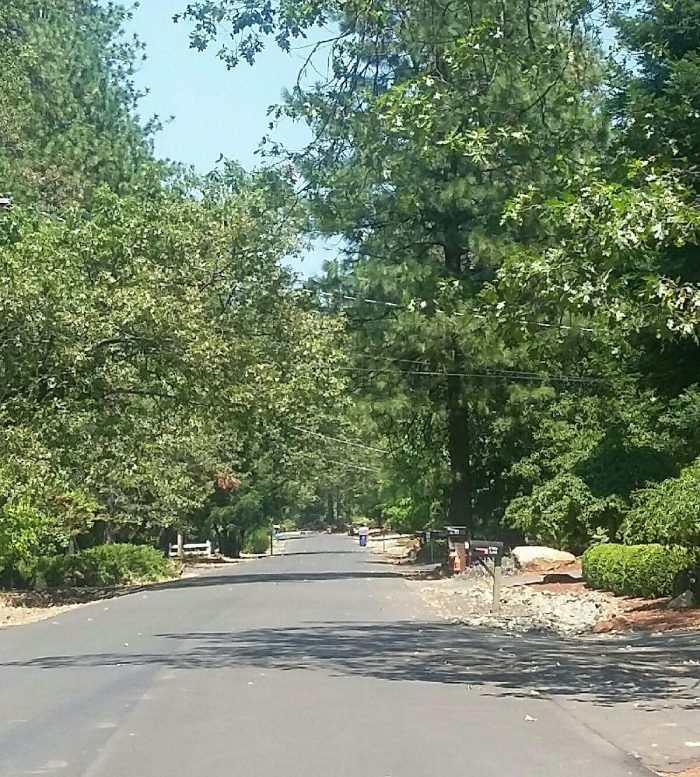 For nearly all my life, the most beautiful place in the great outdoors was not the sharp, red angles of the Grand Canyon, nor the soft blue and beige curves of the Pacific Coastline.

It was the explosion of green on the road where I grew up.

Whether I was a child biking home from a friend’s house, a college student on a break, a young professional home from the city for the weekend, or a mom toting kids to see Grandpa and Grandma, I knew when I made that right turn onto Harrison Road, I was almost home.

The place where I grew up–where I learned to be me. No matter what the world told me I needed to do or had gotten wrong, no matter how confusing life became, I could go home and touch that red dirt and put my soul upright again.

It’s where I knew who I was and remembered how to be myself. A place where I could feel grounded and whole.

That’s a lot of magic to ascribe to an ordinary road. Because it was an ordinary sort of road, with so many trees you could not see the houses. The slight, grey, paved incline seemed from a distance to end into those trees, but it was just a curve in the road where my parents’ house stood. From the bottom of the street, that sight from the corner was a feeling of relief–a deep breath of the fresh mountain air.

I always meant to take a picture of that view but visits were so packed with things to do. Then, a couple of summers ago, on a bright, cloudless day, I made the time. I tried to capture the feeling I felt and compose the perfect photo, and a dozen clicks later, I was satisfied. I went on with my vacation, not realizing I had grabbed my last chance.

Because you see, Harrison Road is in Paradise, California, and a few months later, nearly the entire town would be wiped out by one of the deadliest fires in California history. More than 10,000 buildings were destroyed, including almost every house on the street where I grew up. Including my parents’ home.

Thanks to a neighbor, my 78-year-old mother escaped just in time. He loaded her car with three blue Rubbermaid buckets filled with mementos that she stored in a closet by the front door. You keep stuff like that ready when you live in forest fire country. She collected her cat and her computer and, as she was running out the front door, grabbed the brown Steiff teddy bear from the piano. The bear that she’d had as a child and treasured for three-quarters of a century. There was no time to get anything else.

The next time I saw the view from the bottom of my street was a month after the fire, the first weekend the public was allowed back into the town. Horrifying does not begin to describe it. Words can’t describe it.

The trees were replaced with burned wooden spikes, stabbing the sky. Some had burned out so completely there were holes in the ground where even the roots had burned. Others had fallen every which way on the ground. They no longer hid the houses, which were now only foundations. Chimneys stood, canting crazily to the side, waiting to fall. Burned-out cars, with solid rivers of metal running from them, sat in driveways or where garages used to be. White fences had melted over the blackened ground. House after house after house…

And the smell! Even a month later, stale smoke mixed with the fog and rain of that December day.

My son and I spent the weekend in full hazmat gear, digging through ashes like oatmeal, trying to find anything in the rubble for my mom to hold onto. All we found was rubble we recognized. The tea set my father brought from Japan while in the Navy had pieces of house melted to it. We never did figure out how to get it off. The Lennox swans my mother got as a wedding present had burn scars. The family silver was barely recognizable. We searched, carefully keeping an eye on each of the three tottering chimneys. But the fire had just been so hot. My childhood bedroom window looked like a waterfall. Stacks of dishes in the kitchen crumbled when we tried to pick them up. There was not much to left to find. We barely filled two small suitcases.

As we left, I took a look back up the street from my corner. I was filled with gratitude for “yesterday me” who had finally stopped and taken that picture after years of good intentions. Social media is filled with admonishments to tell those we love how we feel because tomorrow is not guaranteed. I didn’t realize until that moment the advice applies to places and things and chances. I finally took that photo. It was my last chance.

Paradise is rebuilding. Houses are going up, people are returning, trees are being planted. Hardworking and amazing people are making beauty from the ashes. Harrison Road will build back too, with new homes and new people creating new magic.

But my Harrison Road, filled with neighbors I knew, houses I visited, and the home where I grew up—that exists only in my memories and the memories of those who lived there.

And in a photo hanging proudly in my living room, reminding me not to put off doing the things that matter the most. 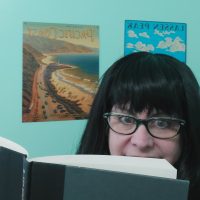 Anna Spruance is a writer, editor and IIR trained reflexologist who lives in the Rocky Mountains with her family.  She loves lakes, her crystal singing bowls and her black ca… Read full bio