“I Should be able to Cope Without Medication”—My Road to Antidepressants. 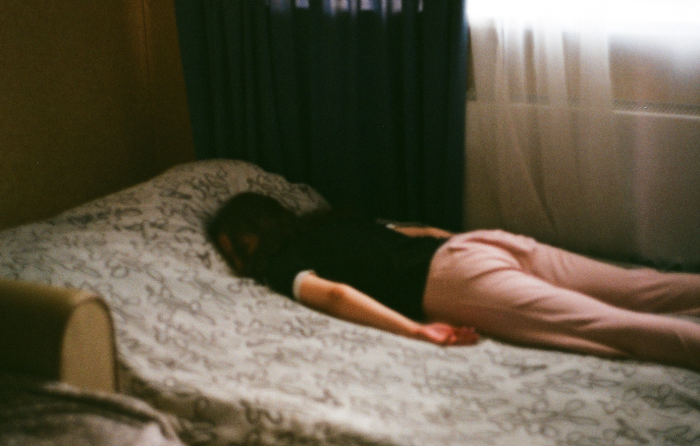 *Note from the author: I share this in the hopes that it will benefit even one person.

I’ve had anxiety since early childhood.

It first manifested as a pressure in my chest. Like something was sitting on my chest, and I couldn’t entirely take a full breath.

I remember biting my nails to nubs, which I later learned was a significant sign of anxiety. As I got older, I talked my mom into letting me get press-on nails to keep me from biting them. If you’ve experienced anxiety, you know that stopping a habit doesn’t usually fix the cause of the anxiety.

As a teenager, I started picking at my skin. The little bumps I got on my upper arms all had to be smooth, despite the damage I was doing. I created many wounds and scabs. I had severe acne on my face, and I had to make sure I removed each whitehead. When I looked at other people with acne, I wondered how they didn’t feel compelled to do something about their whiteheads. (I’m lucky I don’t have any scars on my face.)

I was a teenager in the 90s when it was the height of fashion to pluck our eyebrows within an inch of their lives. I relished the feeling of removing stray hairs. I soon started plucking my leg hairs as they grew back after shaving. It was difficult for me to reach all areas of my legs, so I would do this when I was particularly stressed but would still shave at my regular intervals.

I looked for anything that would keep my mind busier than ruminating on the stresses in my life.

Eventually, the chest pressure turned into crying. Every time I was too overwhelmed, I would cry. I bet some people thought I was trying to be manipulative, but every time I cried, it was due to the stresses in my life.

After I got married, I worked in such a hostile work environment; I never knew who to trust. I felt like they would fire me for the tiniest reason.

I decided I needed to do something, so I went looking for a therapist. I eventually found one I liked who was willing to work with me in natural ways.

I grew up fearing pills. Even over-the-counter sleep aids could be habit-forming, my mom would tell me.

I would suffer through terrible cramps because taking over-the-counter pain meds could be dangerous, she said.

She believed that going to the doctor was useless because they would just push pills on you.

I had been doing yoga for several years, which is supposed to help alleviate anxiety. Yoga worked for a while. By focusing on what my body was doing, instead of ruminating, I could get an hour’s respite here and there. It didn’t last much past my driving home.

I felt like there was significant peer pressure not to get medication for my anxiety. I became a yoga teacher.

Surely, I should be able to cope without medication.

I felt like I was failing if I couldn’t find another way to be happy, like taking a walk in the sun. I felt like if I tried hard enough, all the articles on the internet describing how to beat depression and anxiety without medication should work.

Consequently, with the help of my therapist, I started looking for other things to help with my anxiety.

I tried other natural things like essential oils and a homeopathic anxiety formula. It didn’t help much.

Meditation? I was so hyped up with my anxiety that I couldn’t do much except freak out.

The problem was if I was left with my thoughts, all I would do is think about the stresses, the things I did wrong, the things I should have said.

Crying helped, but it only relieved the pressure to build up again. My husband had many soggy shoulders while I cried my worries out.

One night my husband and I were driving home, and I thought someone ran in front of my car. I hit the brakes, thinking I was going to hit a person. There was no one there, my husband assured me.

I started researching because I thought I was becoming schizophrenic or something. I learned that when a body is suffering from severe stress and anxiety, it can cause hallucinations. At that point, I knew I needed to get on some medication because I couldn’t live like that anymore.

With the help of two wonderful doctors, we tried many prescriptions. The first medication gave me bubble guts. It felt like there was air in my stomach just rolling around. Trying to do yoga with that was uncomfortable. Then I tried two more at different times, but they didn’t do anything.

Eventually, we tried a newer one. I was on it for about a year. It worked well to alleviate my anxiety, but it made me manic. I was sleeping for only a few hours a night. I was doing a bunch of yoga. I started doing yard work. My neighbors even noticed that I was doing more around the house. The consequence was that I ended up eating a lot and shopping a lot too. It affected me in ways that I decided were not okay.

My doctor also put me on a prescription sleep aid to help me get to sleep at night.

It’s amazing what a good night of sleep can do for a person.

After about a year on these meds, I decided to go off them, with my doctor’s help, to see if maybe I could try coping on my own since my anxiety had calmed. I stayed on the sleep aid, though, knowing that a full night of sleep is necessary for me to function. I went about a month before I decided I couldn’t handle it. My anxiety came back full force.

However, I was better able to describe my experience to my doctor. I let her know that my thoughts were becoming obsessive again, and I was having a more challenging time with impulse control, such as eating foods when I wasn’t hungry or impulse shopping.

She thought of another drug that might work well since she felt I had some elements of OCD (obsessive-compulsive disorder). It is often used as a smoking cessation drug because it works well to stop obsessive thoughts.

It was exactly what I needed. I’ve now been on this same medication for a couple of years, and I am the happiest I’ve been in a long time. My relationship with my husband is better. I don’t “fly off the handle” at minor things like I used to. I don’t stress about all the possible what-ifs. I am capable of just “winging it” when things get rough.

I’ve fully accepted that I’ll likely be on these medications my whole life. I’ve learned that sometimes it’s not a matter of willpower but a chemical imbalance in the body that needs to be corrected. Much like the medicine I take to treat my hypothyroidism or the glasses I wear to treat my vision impairment.

In the end, it took a friend speaking about finding medication for her anxiety for me to feel comfortable ask for some myself. She basically gave me permission to explore something new.

I feel it’s necessary to share stories like this because mental health is still a tricky subject. People in yoga and witchcraft communities tend to want “all-natural” resolutions. But what if that doesn’t work? Are we destined to suffer?

Sometimes the holistic approach also includes medication prescribed by doctors. If it improves someone’s quality of life, we shouldn’t judge them for doing what’s right for them. 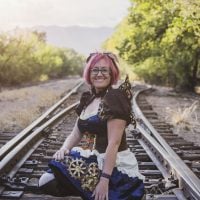