The Heavy Grief that Follows a Miscarriage. 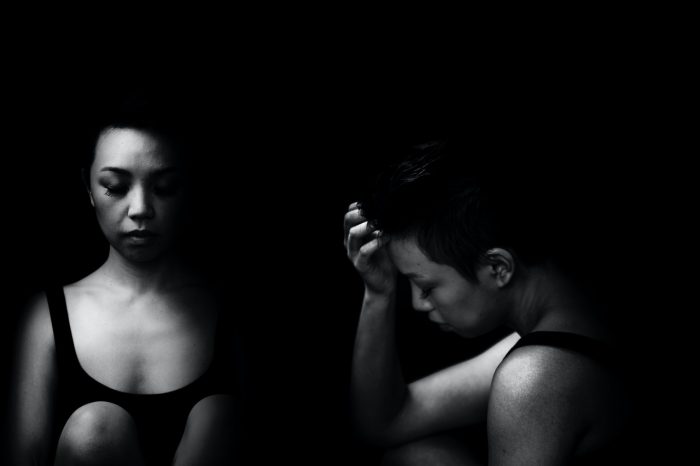 Having a miscarriage was one of the most isolating experiences of my life.

I remember flying home from Cape Town to Australia on New Year’s Eve—the last day of 2011. I was feeling unwell. My body, mind, and emotions were a mess.

I felt sick from the core, as there was nothing I could do to save this life inside me. There was nobody I could tell or who could understand. I felt life inside me leaving me slowly but surely, and I was lost in the translation of it all.

I arrived home on the first of January, 2012, and went straight to the hospital, waiting for six hours to have someone attend to me, only to confirm there was no heartbeat. Shock took over. It was now a reality that death was apart from my body. Darkness and confusion took over. I hardly remember anything afterward until I got home after scheduling dilation and curettage (D&C).

When I got home, I felt lost and in utter despair. My mom talked like it was a normal part of my life. My dad wouldn’t talk to me because he didn’t understand what happened. For the next week, I stayed locked in my bedroom. I hardly ventured out. I felt caged in darkness inside, and so I caged myself outside too.

After the D&C, the doctor told me I would never have children because I had irregular ovaries that could not carry properly. I just sat there shocked and said nothing. They told me after the D&C that the bleeding would stop in a few weeks, and my body and life would return to normal. But what normal? I couldn’t relate to that. My bleeding took over 12 weeks to stop, and I never returned to normal. I changed forever.

For the first few weeks, I just watched the world slowly fade from bright colours, to pastels, to grey, then to black and white. I felt like I had lost myself, I felt like I was alone, and I felt like I was lost in a turmoil of emotions that seemed to have no end. I could no longer feel life anymore. My senses were gone. I lost my taste and the enjoyment of sitting in the warmth of the sun; I lost my ability to hear music or even feel someone’s love; I felt numb. I just went through the motions—no connection to life like before.

Afterward, I struggled with my own isolation. It’s cold, harsh, and it can mess with you. It’s hard to explain that to anyone who’s not experienced it. I felt alone and ashamed for many years.

After this moment, I realised how much of our healing doesn’t come from books or knowledge—nobody is here to save us. No matter how many people love us or how much knowledge we have, until we are able to accept what happens in our life, we cannot utilise anything to rebuild and regain life. I say “rebuild and regain” because the life we had before is nothing like the life we experience after.

But we must rebuild our shattered life and regain it by reconnecting to what is here and now. I learnt that letting go and forgiving did not mean to disregard or gloss over painful or traumatic experiences, but instead to recall them with acceptance and place them into a storyline of personal evolution.

Till the birth of my now six-year-old daughter, I was constantly scared that something would happen, that this baby would be in trouble. It’s so intense, making these little people. It’s such a ride that will test your mind, body, and soul and change your life forever.

Now, for me, New Year’s Eve no longer feels the same: it is also a remembrance of my first miracle who went back to being a star in the sky. 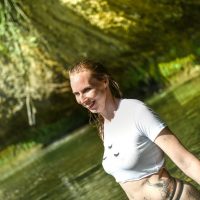