When Did Having Trauma Become Trendy? 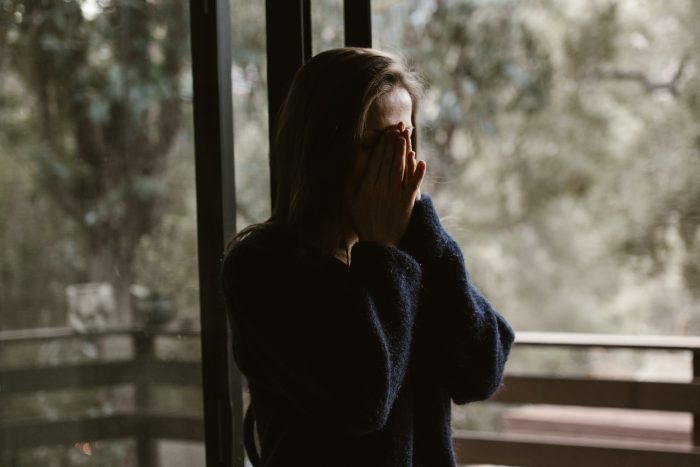 How often do you read or hear someone say they have trauma or post-traumatic stress disorder (PTSD) from their (insert word here) and it’s a struggle because they’re triggered constantly?

Ironically, this triggers the crap out of me.

The definition of PTSD from the most current DSM–5, which is a manual for assessment and diagnosis of mental disorders, is as follows: Exposure to actual or threatened death, serious injury, or sexual violence in one (or more) of the following ways:

>> Witnessing, in person, the event(s) as it occurred to others.

>> Learning that the traumatic event(s) occurred to a close family member or close friend. In cases of actual or threatened death of a family member or friend, the event(s) must have been violent or accidental.

Let’s pause right there. Take a breath and get ready to dig in.

In the first section that explains PTSD causes, it says that you had to have had exposure to actual or threatened death, serious injury, or sexual violence in one or more ways. I am often in groups of people chatting about their trauma, which is incredibly healing. But, then they say that it was caused by the tension of a bad divorce. Understandable. What does a bad divorce mean? Because I had one of those suckers! It took me eight years to clean up my credit after he left. They often go on to talk about the arguing, the money issues, the changes, and so on. If kids are involved, it is all the worse because it upsets the family unit.

Am I being nitpicky? A bit.

But, if we can manage to improve our wording and education about other social issues, why not this one?

Firstly, I believe it is lack of education and what seems to be buzz words or trending topics. Since PTSD turned up in the DSM-3 in 1980, the concept has spread to mean something as simple as daily lingering stress to overacting on a subject.

“Girl, this line was so long, I totally have PTSD, I’m going to be late for my pedicure,” I actually heard some women say in line at Starbucks. As someone with diagnosed Complex PTSD, I wanted to throat punch her. If you are a person living with this diagnosis, it’s nothing to sneer at, believe me.

People with PTSD may have:

>> Loss of occupational or scholastic functioning

But for me, it increases even more because in addition to the PTSD symptoms, C-PTSD adults also may have:

>> Feelings of shame or guilt

And it can even increase the severity if:

>> The trauma was caused by a parent or care giver

>> The person experienced the trauma for a long time

>> The person was alone during the trauma

>> There’s still contact with the person responsible for the trauma

Dare I mention that I almost checked every box?

But, not every traumatized person develops PTSD. I never thought much about my childhood until after my perpetrator died. When he died, I started having autoimmune issues, adrenal failure, and bouts of intense paranoia until I sought a therapist. I had no idea that was what was causing my myriad of issues.

Who would want to claim PTSD or trauma? I surely don’t want it.

I think first we should define trauma. Merriam Webster Dictionary defines trauma as:

1. An injury (such as a wound) to living tissue caused by an extrinsic agent

2. A disordered psychic or behavioural state resulting from severe mental or emotional stress or physical injury

Trauma can happen after you experience an event or events that hurt you physically or emotionally, and can have lasting effects on your mental, physical, and emotional health. Experiencing abuse or other trauma puts people at risk of developing mental health conditions. Abuse may have happened during childhood or as an adult. It can be emotional, verbal, physical, or sexual. Trauma can include dangerous, frightening, or extremely stressful situations or events, such as sexual assault, war, an accident or natural disaster, the sudden or violent death of a close loved one, or a serious physical health problem.

That opens up trauma for a myriad of issues.

Here are some of my reasons for why people use the word trauma or PTSD to explain their feelings:

1. In Western culture, there is a trend of attention-seeking behaviour. Be it from the advent of social media in 1994 or just general need for fulfillment, people are searching for more ways to be seen and heard. Having “trauma” legitimizes their need for reaching out and telling everyone about it.

2. It’s a crutch. In my work as a trauma-informed yoga teacher and weightlifting coach, I see a lot of quit. Whether working on plank, facing your shadow self, or learning to split jerk—the quit is real. It’s an out to not face the hard path ahead. There are students who have trauma who want to feel better, but they don’t want to put the work in because it can be extremely hard, emotional, ego-checking, and humbling. It’s easier to medicate the feelings and give them a label. Note: I did the work and it was the hardest thing I’ve done in my life.

3. It’s a soapbox for follower gain and notoriety. I am a hashtag follower. If you have #trauma, I want to learn all about it. Unfortunately, many social media “healers and helpers” use this trend to plump up their numbers with no experience, training, or education on the subject.

4. It got named. Whenever the DSM has a new label for psychological behaviour, the numbers go up.

6. Because our lives are not filtered anymore. “Leave it to Beaver” days are gone on TV media, news, and social media. The average American youth will witness 200,000 violent acts on television before age 18. A group of PhD’s researched the emotional and psychological desensitisation to real-life and movie violence. The results point to diminished empathy and reduced emotional reactivity to violence as key aspects of desensitisation to real-life violence, and more limited evidence of physiological desensitisation to movie violence among those exposed to high levels of televised violence.

7. The protective influence of strong families and communities is breaking down. But for this blog, let’s only look at heterosexual couples that have children raised without their fathers. In 1960, 8 percent of children lived with their mother only. Today it’s more than 24 percent. Fatherlessness is just one thing and it may not always be bad. It may not always be the primary cause of bad outcomes.

But look at the stats (from the fatherless generation):

>> 63 percent of youth suicides are from fatherless homes (US Dept. Of Health/Census)—five times the average.

>> 90 percent of all homeless and runaway children are from fatherless homes—32 times the average.

>> 85 percent of all children who show behaviour disorders come from fatherless homes—20 times the average. (Center for Disease Control)

Here is what it comes down to on the subject of blanketing emotions with a psychological disorder. Before you self-diagnose, go see a professional. Make sure that you are doing your best to be a good human. Then evolve. 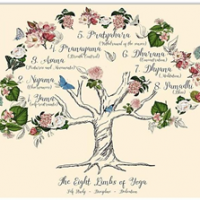 Vanessa Murray is a 500 RYT, 200E-RYT, YACEP, trauma informed and somatic influence Hatha Yoga teacher who focuses her training in the restorative and yin practices of therape… Read full bio