America is a Culture Steeped in Appropriation—Here’s How we can Confront it, & Start Fixing It. {Partner} 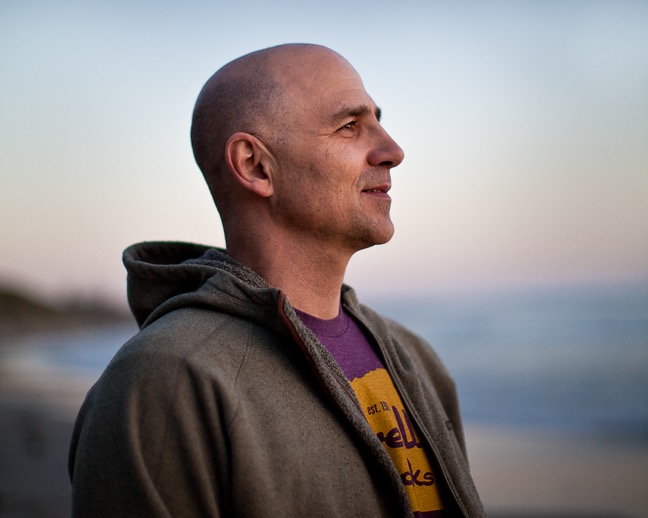 This article in written in partnership with Bayamet Books to highlight author J.D. Kleinke—a prolific writer on a mission to empower others through his own self-realization, specifically about American culture. We’re honored to work with them. ~ ed.

Have you ever felt drunk on nature’s beauty?

Baffled, dizzied, and overcome by the majesty of the mountains, the dank, spicy aromas of the redwoods, and the crystallized shoreline?

And then, out of nowhere—it goes up in flames.

Big Sur is on fire, and everyone’s driving right past it, except for Jack. In J.D. Kleinke’s novel That Golden Shore, a musician in the midst of a mid-life crisis enters our lives on a spiritual journey paved by the highways on California’s coastline.

California—the spiritual siren—entrances the broken, the searching, the “spiritual tourists,” with its songs of captivating landscapes, intoxicating oceans, and sacred, spiritual Native grounds. California is the leading character in Jack’s story, and it encapsulates the American Dream—but one burning redwood by one, Jack begins to notice the nightmares within it.

We’ve all been escapists at one point or another. When tragedy strikes, or when we unpack our traumas, or when we open our eyes to society’s inconsistencies—we seek solace in spirituality—whether it’s through religion, music, yoga, or nature; or all of the above, like it is in Jack’s case.

After Jack’s fiancé tragically passed away, he happened upon an opportunity to connect with his one and only friend who wouldn’t leave, or die, or disappear—music. He took on a guitarist gig in a kirtan band, and headed out to California: the dreamy reverie he’d always imagined he’d sink his teeth into. But when he arrives, and sees the soul-crushing flames engulfing Big Sur, he starts to bite off more than he can chew. 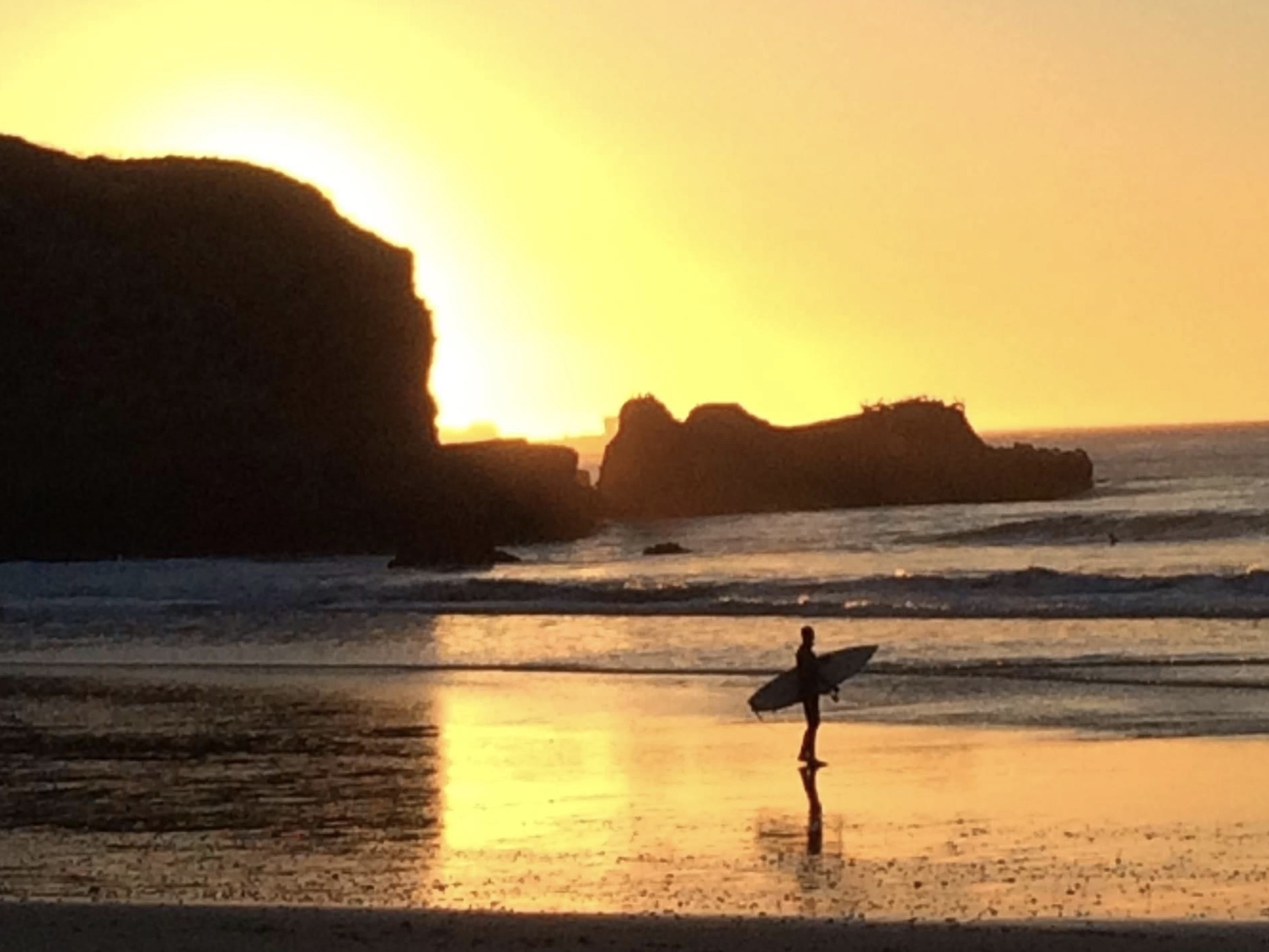 What else is Jack confronting in California? Get this insightful, profound novel, here >>

Along The Golden State coastline, interrupted by bumper-to-bumper traffic, he embarks on an exploration of all that California boasts to the world. California invented the world’s view of America, after all. That’s all thanks to Hollywood’s shiny depiction of California’s chameleon capabilities to shape-shift—just like almost everyone who inhabits it.

His band’s shows, headed by his friend Amrita (formerly known as “Nancy Smith”), unveil glaring contradictions in California’s most “spiritual” people, and confront us all with a question…

White folks—are we appreciating or appropriating?

It’s a loaded question, with simple answers, if we have the courage to explore them. When we embark on our own personal healing journeys, and seek comfort in modalities of spirituality, music, and nature; we need to pause and evaluate if we’re truly honoring them, or just showing up at someone’s home uninvited. In That Golden Shore, we get to take this on through Jack’s eyes.

He stumbles upon a culture steeped in spiritual bypassing at its finest—an umbrella held high by groups of yogis and yoginis. Jack gets up close and personal with them all while they’re running rampant in the music scene—from the gurus who fancy themselves to be rock stars, to the yogi stereotypes we all definitely know.

Let’s play a quick game—are you one of them?

>> The Lost Girls of Yoga: They’re one body-hugging pair of spandex pants away from being a Lululemon brand ambassador. They’re all white, in their early 20s to early 30s, and mostly blondes with their hair pulled back in painful-looking ponytails.

>> The Man Buns: They’re all tall, athletic, bronzed, and seemingly permanently 29ish, with big sad blue eyes, a scraggly beard, and a signature grapefruit-sized knot of dirty blonde hair on their heads.

>> The Acoladies: Country Club goers, unite. These are women in their 40s and 50s with shining faces and sculpted bodies, dressed in yoga or dance pants and fancy tank tops or fitted t-shirts adorned with hearts, Buddhas, LOVE, and OM, all finished with a bindi, or mala beads, or armful of bracelets.

>> The Old Hempy Dudes: They’ve just finished hitting on a Lost Girl of Yoga, gotten turned down, and told someone next to them how much they wish their wife was here. They’re men with long, straggly silver hair, or no hair at all, in baggy hemp clothes and big mala beads, hunched over on their cushions. 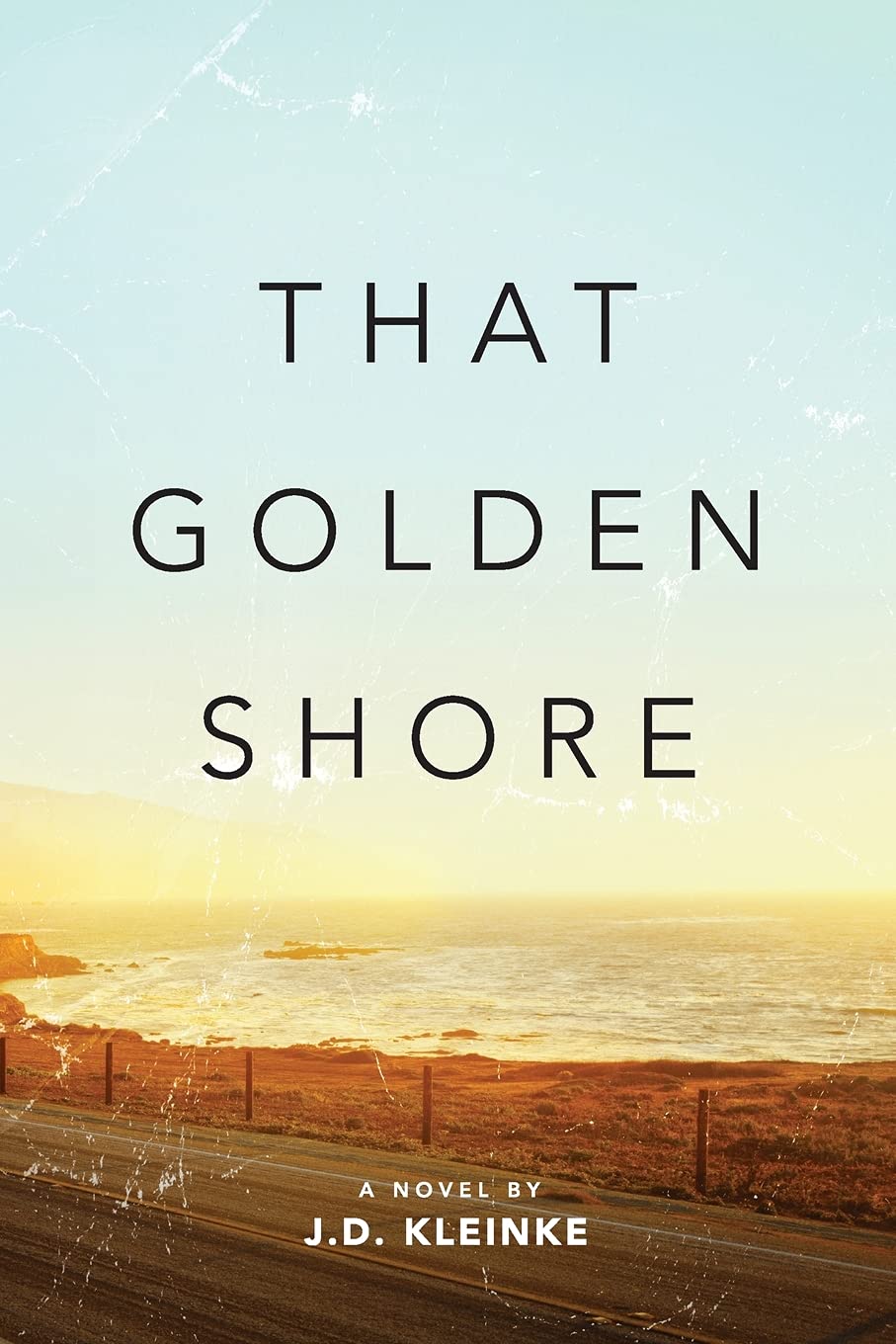 Get to know our (not so) favorite yogi personas in That Golden Shore, here >>

Jack, like many of us, wonders if any of the people on the yogi spectrum truly know the meaning behind their Buddhas and their beads, or the significance of yoga’s origins, or about the toxicity in the power-over dynamic that their gurus abuse to feed their egos.

Despite his introspection, Jack was still drawn to the same mystical healing power that they all were—just like his bandmate Johnny, who’s had more stints in rehab than he’s had sober days, and as Jack tells it:

“The yoga world may not have the same drug problem as the music biz; but it makes up for that with sanctimony, passive aggressiveness, and a much lower bar for ambitious people with a smidge of talent and a lot of presence to declare themselves gurus.”

All the yogis, yoginis, and musicians came with their own varying levels of brokenness to the Golden State, and used the California landscape as a catch-all for their pieces to land. And just like the disregard for the roots of the religions and cultures the people there practiced, they ignored the screams of the decimated ecosystem they stepped on during their shows—and stood idly by as Johnny sang in his song The Sunset Road: “‘to say thanks to this good earth we’ve all been given,’ he goes on, ‘this one earth we’re doing our goddamndest to destroy!’”

Even with Johnny’s impassioned lyrics, no one quite calls Jack to question his relationship with the sacred land in California like his love interest, Eve. A woman of Native descent, who meets Jack on a new leg of his coastal journey at Angel’s Rest, she introduces a concept to him that he had never even considered before.

Jack couldn’t answer the question correctly. Can you? I know I couldn’t, and therein lies the issue.

We need to do better, and it starts with educating ourselves—learn more about sacred, Native grounds here >>

Days later, they go on to meet with Eve’s friends and extended family when Jack worries: “will they think I’m another one of them, another white wanderer on a quick soul trip?”

Will they think he’s a Man Bun, or an Old Hempy Dude? Will they think he’s there to swipe colors from their culture and wear them on his plain, white t-shirt as badges of enlightenment? Will he honor the origins of the land they’re standing on—the sacred land that’s been going up in flames? The land whose beauty reminds us that God is a local?

That Golden Shore begs us to stare down the roots of what we use to escape our lives—the ones that Hollywood has told us should look different—and question our role in destroying them with our carelessness. It reminds us to examine why we’re paving over broken roads and sitting passively in our traffic gauntlets that weigh too heavily on the asphalt.

It holds a mirror up to the microcosm of American culture that was born and bred in California, and how we can regain our grip on it all before it goes up in flames—completely this time. It’s a cautionary tale for the way we treat our sources of solace and how the appropriation of them causes destruction, while revealing the reasons why so many of us find ourselves becoming “spiritual tourists” instead of finding ourselves a home.

California is America, and it’s time we take a deep look at this heartfelt, must-read exploration of our broken culture and begin working to restore all that is sacred.

The Buddhist Quote I Can’t Stop Thinking about Since the Turkey-Syria Earthquake.

5 Reasons to Get Married—& Love isn’t One of Them.

Emma Sloan is a Canadian copywriter, essayist, poet, and flash fiction writer. Follow her at @emmacsloan…

Mudita Lionheart is a humanity first woman who likes to write, teach, dance, cavort in the forests with f…