Don’t give up: Setbacks are Part of the Journey. 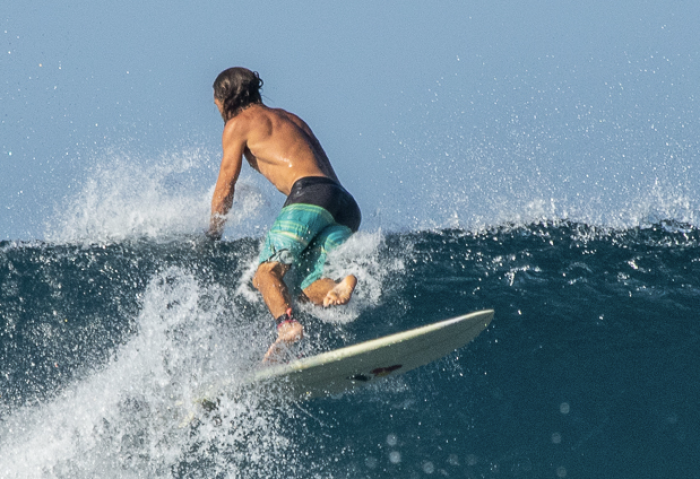 If it doesn’t flow, let it go—I call bullsh*t on that saying.

Yesterday, I went for a run after work—and ended up limping home because my calf muscle was cramping.

I used to run half-marathons but gave up on it when I moved to Costa Rica a few years ago. Now, I am back in Germany and decided to give it another go. My long-term goal is to run the marathon in my hometown Frankfurt one day.

But I am far away from reaching that goal.

I just started running again a few weeks ago. After a terrible start, I slowly found my way back toward my old pace. I was kind of proud of myself.

When I started running yesterday, I felt pretty good. The voice of the running app that I use was cheering me up after the first kilometer. The second also went well. But then this sharp pain entered my calf muscle.

It wasn’t the first time I experienced this, but it was frustrating. I was limping home and felt like a defeated warrior.

Today, I am still limping, and it hurts—but I am not frustrated anymore. I know the reason why things went down the hill last night: I didn’t drink enough water during the day, it was hot, and I was over motivated.

All these things are not mysteries or a sign of failure; they are just part of the learning (and relearning) process. Setbacks are actually a sign that we are moving forward but need to improve in certain areas.

Earlier this week, I wrote an article about feeling depressed because nobody read an article that I spent a lot of time on. But this sadness led me to a conversation that inspired me to take a different approach—and it worked.

I admitted my failure in one case and learned how to have a better experience next time.

I remember catching my first wave when I learned how to surf. But I also remember the day after that, when the ocean tossed me around like a piece of driftwood. And I will never forget the four years after that when I started to understand which wave to go for.

Surfing taught me that not every wave is worth paddling for. And even more important, we also have to accept that we might miss a nice wave because we took the wrong decision. You never know until you go—and that’s the beauty of surfing (and life).

But no matter if it is writing an article, running a marathon, or catching a wave—none of these things come easy.

Setbacks are part of our journey. Every failure teaches us what to avoid or change on our next attempt. It gives us an idea of where we can improve.

That logic also applies to relationships and our living situation. Often we feel like letting go when things don’t turn out as we expected. Sometimes this could be the right choice, but oftentimes letting go is just a fancy way of saying that we gave up.

I moved back to Germany last August, and I f*cking hate it.

But I also slowly realize that I created my own misery by falling back into old habits. That’s why I started running again and made a few other changes in my daily life. It’s not Germany’s fault that I hate being here; it is my fault for not adapting to my new life.

When I was living in Costa Rica, there was an army of life coaches preaching the mentality of if it doesn’t flow, let it go. But you know what, I have never met so many anxious and depressed folks in my life as I did during that time. Who would have thought?

The idea of letting go brought me to Costa Rica. I was sick of my adult life and wanted to hide away in the jungle. What I didn’t have in mind was that everyone else came to paradise for the same reason.

After seeing my dear ex-pat community letting go of science during the pandemic (probably because it didn’t flow with their life), I had enough. I moved back to Germany.

But at no point, I felt that I wasted my time there. I was tossed around like driftwood in the ocean when I tried to establish myself as a yoga teacher in Costa Rica. There were more setbacks than I could count, but just before the pandemic hit, I was actually in a pretty good spot.

I learned that committing to a goal for a longer period of time is worth the effort. I saw people come and go, but I kept “paddling.”

Of course, there are situations in life where we have to let go, but I feel that we often take these decisions too lightly. Our parents could have used the advice to let go more often, but society has changed. My generation has a different problem: we are not able to commit.

We see it in the world of dating when folks just hop from one romance to the next one. We see it on the internet when people are not willing to find common grounds and just insult each other. We see it in areas like music when artists lose the joy of playing because they don’t feel valued enough by their audience.

Life doesn’t just flow in the right direction; it takes effort to shape the life that we want to live—and it won’t come easy.

And after all, that’s why we respect folks who have achieved something. Whether it is catching a big wave, writing a successful article, or living the life of their dreams—we (at least subconsciously) know that they worked hard for it.

Why not try that ourselves? Every setback sets us up for improvement. The more we fail, the more we learn.

Trust me; it’s worth trying. Nothing beats the feeling of succeeding in something that we used to fail at. Let’s go out there and be brave enough to learn from our mistakes.

Please don’t give up too early. If it doesn’t flow, let it go doesn’t serve us anymore. Let’s replace it with this:

If it works too easy,

If we stumble along the way,

there will be a better day.

Well, I am not a poet, but who cares?