The Bonds of Art: getting to know my father through his Passion. 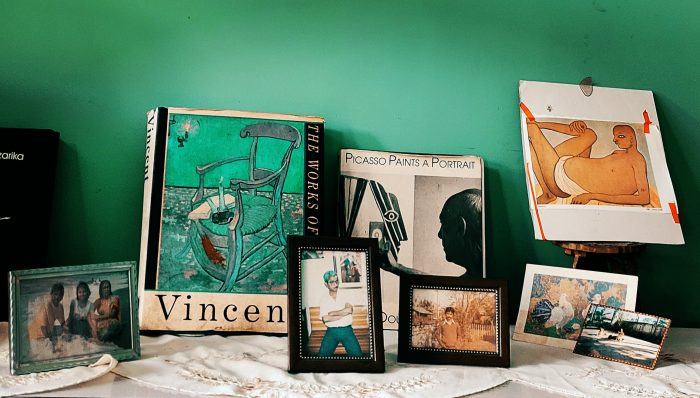 I had never been a good art student in school.

Somehow, I managed passing grades in my painting and craft classes. Almost all my friends were great at it—so much so, they would put their whole heart and soul into their art and create magic.

My parents never put me through a separate art school during my school years. It was only in my 20s I discovered art is in everything—even in the way we dress or talk. And it is a respite to break free from the realities of life at times. It is a validation that we—even if we fail at everything—can still create art, can write stories, and can paint our dreams on that mere white sheet of paper.

My home has been nothing but a kaleidoscope of art forms, filled with paintings of Rembrandt, M.F. Husain, Jamini Roy, Picasso, Van Gogh—all collected by dad through the years.

Our library is filled with works of Dostoevsky, Kafka, Tolstoy, Nirad C. Chaudhuri, and Khushwant Singh, as well as prose and poetry in my mother tongue. It is a prerequisite for Indian homes to be built as a temple—dad never bothered to do this because there were almost more books in the house than space. Dad was a bibliophile and used to stock up old magazines to re-read on weekends.

He was never into painting and sketching himself, but he collected famous artworks even from magazines and framed them. It felt as if I understood him more through art since we never talked much otherwise. My childhood was colorful. I would dig my nose into fairy tales and fables all the time, while most of my friends had wonderful hobbies: dancing, painting, and sports.

I was never into any hobbies except for reading or making my parents read me stories.

As I started to move out for my higher studies and was spread across different cities in India, I discovered how drawn I was to various art forms such as theatre, art films, and works of painters. And that is when my conversations with dad became longer.

When the movie, “Loving Vincent” got released in India, I frantically and successfully booked a ticket. It was shown on one of the biggest screens in Delhi, at the PVR Promenade. I loved the film, even though there were few people in the audience and I was probably the youngest.

As I watched the film, I was lovingly taken back to that part of my childhood when dad showed me his work.

It was the first film of its kind to use a painted animation technique through re-created works of genius. I was so content and glee to get back to my room and share the experience with dad as if I had received a trophy. But that conversation on the phone with him was, indeed, more precious than any reward. It was probably the only connecting bits we had and the only way I thought we were similar.

I lost my dad to kidney failure in 2018. The last days at the hospital were distressing, not because we wished him to recover soon, but because we (Mom and I), saw him in more pain after his dialysis session as his body had given up.

But I recall the beautiful day when he was released from the ICU and sent back to his wardroom. I rushed back home from college to be with him. I showed him the pictures of cherry blossoms taken at my hostel on the phone. He was so thrilled to see the beauty; he quoted a few lines of Wordsworth’s, “Ode: Intimations of Immortality.” I recorded the video as he was speaking, and at that very moment, I saw him alive, eyes sparkling bright, narrating an ode to nature, filling me with pride as if I got my reward again.

As I write this piece, I am overlooked by paintings of Jamini Roy he had framed, books from his library on my table, and I hear faint sounds of the Rabindranath Tagore’s song he use to hum as he cooked my favorite Hilsa (fish) curry.

I have finally convinced myself I did not fail in art and art did not fail me, as it let me have one of the most cherished conversations with my father. We all find our respite in different forms and mostly connect with each other through art. This has been clearly evident in the past year as we stayed indoors, appreciated the beauty of stillness, and revived our long-lost hobbies which had been given up to the hustle and bustle in our lives.

And more often than not, art has been the greatest rescue, an antidote for the tormented soul.

And I am reminded of my favorite quote by Vincent Van Gogh: “Art is to console those who are broken by life.” 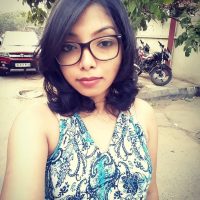 Anuradha Saikia is a Researcher in Economics and Public Policy, an ardent animal lover and a nature enthusiast. She loves to actively indulge in writing , reciting and recordi… Read full bio