4 Signs You are Trapped in a Trauma Bond Relationship. 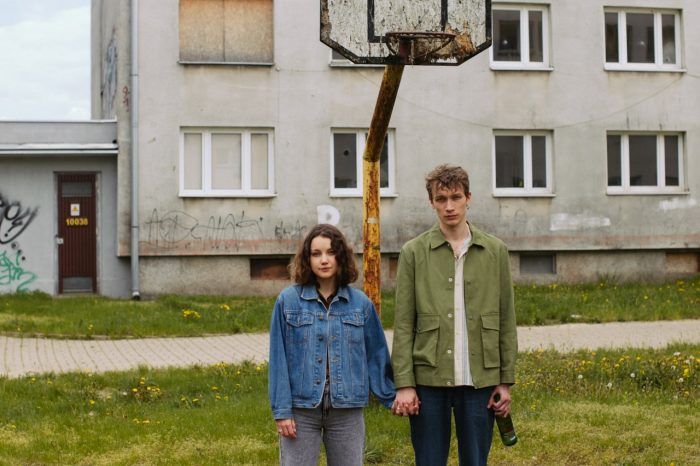 A few weeks ago, I was sitting across from a man I had once been madly, deeply (and in truth, insanely) in love with.

Yes, my ex wanted to “catch up.” I broke the golden rule and agreed to meet up.

What’s the saying? The past called. Let it go to voicemail; it has nothing new to say. But I was admittedly intrigued to sit down with this man and see how I would react.

Would I feel the same way?

How much have I grown since that relationship?

Would all those nights I spent crying myself to sleep come back to haunt me?

He sauntered in with the kind of confidence only he can pull off. There was an immediate sense of familiarity, that comfort that comes with having known someone intimately.

We spent most of the conversation talking about him—where his life has taken him, the things he has been doing, and he rambled on and on and on; I sat quietly and listened.

But, as the night wore on, and as he realized he was waffling only about himself, he apologized for it and then promptly continued. (I actually did laugh writing this line.)

And me? I felt nothing.

Not in the defiant sense of nothing—just simply neutral.

I was perplexed at how I had once thought myself to be in love with this person. What did I see those years ago? Things I could not for the life of me see now.

We were a tumultuous pair.

Our fights were filled with rage and then filled with an unhealthy need to reconnect (and we used copious amounts of sex to do that).

It was more down than up in most cases, and there was a great deal of insecurity, pain, conflicting values, dishonesty, and general bullshit.

And fuck, could this man weave a lie—it was often hard to discern between fact and fiction.

I was constantly going against my intuition and feeling like I had done something wrong questioning things—things that I now know were absolute truth.

When we finished our evening, he hugged me for much longer than I would have liked him to.

I stood somewhat frozen in his embrace, thinking oddly of how much I longed to be in it for the first few months of our breakup and now I didn’t want him touching me.

The night had been interesting to say the least.

He left with a sense of accomplishment I would imagine; his life has materially been on a great trajectory, which he seemed more than pleased to share with me. There was little humbleness in his brag.

I left with a sense of “What the fuck just happened?”

Hindsight is a beautiful bitch. I love to hate her and hate to love her.

While it was happening, I was oblivious. Denial was my bedfellow.

These are some of the classic signs of trauma bonding for those of us who find ourselves lost “in love.”

Because let’s be honest for a moment. True love feels like being found, and anything else is not love:

1. Crumbs of Love and Affection

Starvation is the best way I can describe this feeling. In a trauma bond, crumbs are what we choose to live on, small moments offered that mean nothing, and we cling too much as sustenance.

We feel hungry for affection, love, and adoration. We settle for so much less than what we deserve and our wants and needs are always falling to the wayside. We convince ourselves that this person loves us and that they are giving us as much as they can.

This could not be further from the truth. This push and pull dynamic is heart-wrenching. It traps you in a cycle of needing validation that will only eat away at your own self-love and self-esteem.

If you are chasing love and affection, it simply isn’t freely given. Don’t degrade yourself in this way.

I had a friend who met this ex, and when I saw her again and asked her what she thought of him, her response had me reeling, “He feels like a predator,” she said. Fuck.

It stuck with me; every time I saw him after that, that word was in the back of my mind.

A relationship built off trauma bonding resembles a game of predator and prey. The predator actively seeks to exploit the vulnerable one’s need for connection.

Trust the people who care about you in these kinds of situations: they can often see things that your heart simply doesn’t want to admit.

She wasn’t the only one who pointed it out; so many of my friends expressed concern about him. I chose to ignore them, and now I listen to the people who care for my heart as gently as they do for their own.

3. The Shameful Craving of Drama

Some say that trauma bonding happens because we can become addicted to the hormonal and emotional roller coaster that this kind of unhealthy dynamic provides.

We become comfortable in chaos.

We reject peace and health because it may feel boring or mundane.

This is more likely to happen when we’re younger and less mature. That was a difficult one to swallow because I’m in my fucking 30s, and this should have been obvious.

But because I had convinced myself I was in love with him and because of my unresolved childhood traumas, I perpetuated the cycle of drama and labelled it “passion.”

I learnt to replace the word “passionate” with “toxic.”

I literally felt like I couldn’t leave this person.

I felt utterly trapped in his love. And this longing and pain is yet another red fucking flag that it is a trauma bond.

We should never need someone in our lives: we should want them. If it feels like if they left there would be nothing left of us, our trauma is dictating the connection—not love.

And that’s when we should delve into therapy, face and release our core trauma so that we can embrace healthy connections that feed us in the right ways.

In two years, what would once have consumed me was an enlightening moment for me.

For the first time in many years of self-destructive behaviors and patterns, I felt that love that I had been looking for, that love that came from inside me.

I walked away with a slight skip in my step.

I don’t feel the same way.

I have grown.
Time has had its hand in healing old wounds.