A Letter to my Greatest Love. 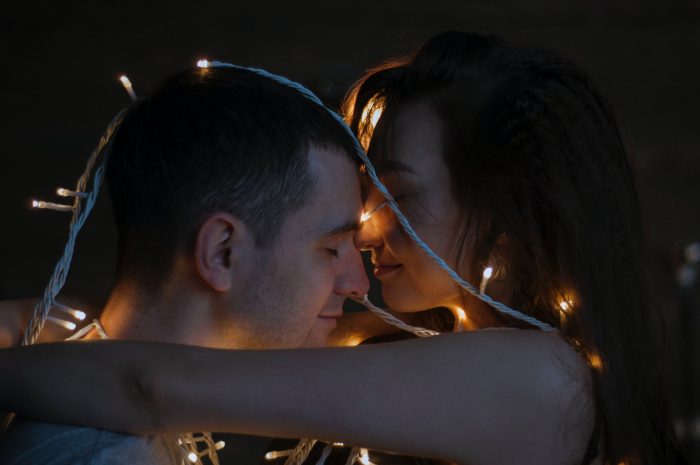 I can’t believe how long it’s been since I’ve seen your face or heard your soothing southern voice.

Some nights, I wish I could hear you whispering goodnight to me, as you used to do each evening.

Instead, I just listen to an old voicemail I didn’t know I had kept.

It’s been a few years now, and let me say, you’ve been a tough act to follow. Even though my friends aren’t thrilled with how things ended, they don’t always see what I did. They don’t know how much trash I went through before finding you.

You were kind, funny, driven, handsome, and so intelligent. I thought one of your most endearing qualities was how you just wanted to be a better person and create a dream life for yourself. And you did. You manifested that sh*t.

By the time we found each other, I was over dating, trying to figure out how I always got caught in a dramatic or toxic relationship. And then one day, I was just tired.

I was driving home from a horrible situation (I wouldn’t call it a date). And I thought, “Why can’t I just have a normal, stable, good man?”

And as I said it, you instantly popped into my mind. If you’re reading this now, you probably remember the story because I told you about it. But what you don’t know is how real and true that epiphany was to me. It was as if I had the clearest vision.

That night, I was coerced into joining you and a group of our friends to play volleyball. When I walked in, you were the first person I saw. You were leaning up against a booth, watching some type of sport on TV, and waiting for a beer. You loved sports.

When I looked at you, I knew I had found you. I just knew it.

Not long after that, we started dating, and things were going pretty well. After just three months, I knew I was in love with you, but you weren’t ready and you told me that. It’s not what I wanted to hear, but there was no denying it in my mind.

I slowed down or tried to anyway. As time went on, we got closer and I hoped you would someday feel the same for me.

Over those months, it became clear you weren’t like anyone else I had been with.

You were real. Our relationship was real.

I don’t even like talking about the most intimate parts of our relationship because they are still such sacred and cherished memories, even if not perfect. They’re pieces of love and perfection I don’t like sharing with anyone.

Sometimes I sit there, trying to figure out what was so bad about our relationship, why we ended in the first place. Truthfully, I remember only the good things. Yet, I know we had our problems or things we just couldn’t agree on.

When our painful breakup happened, I watched you be so angry with me, because you felt like you were losing a best friend just like I was losing mine. You still wanted to be close. You didn’t understand why I didn’t just want to be friends.

I’m so sorry we hurt each other. But I had to take myself away from you so I could heal. So I could figure out how to not love you.

Even now, one thing is clear: I never stopped loving you.

There was only one moment in time that I remember thinking you might love me without restraint. It’s one I won’t share, but I remember the way you looked at me as if you did love me. Maybe you remember it too.

Then last year, after my second actual breakup with someone since you and I were together, I reached out to you.

For weeks, I had been sitting in misery, wondering how I ended up in this place again, spending time with men who are empty, unengaging, and unwilling. Being hurt by men who aren’t ready for me or just love the idea of me.

I recalled the last time I actually felt safe with anyone. Immediately, I thought of you.

Our memories played through my mind like a really good, but raw and real romance film. At the end, I realized what a good, imperfect thing we had and lost, and how no one has compared ever since.

I had to tell you.

When I started talking to you, you seemed so happy to hear from me. So happy it nearly broke me. I told you how much I appreciated you, how safe you made me feel, how I never questioned your loyalty and friendship. I thanked you but held back the big “L” word.

You fired back, telling me how you still cared about me, how appreciative you were of me building you up, how you always wished the best for me, and how you wished you had done more. You apologized for where things had gone wrong. I could see how you’d changed. How life was different for you now, better even.

You told me I was the kindest and most loving person you had ever met. From you that meant a lot because I know the people and pains you’ve survived. It was an honor being that person for you.

Talking with you was so easy, so normal that I nearly hated you. Hated that this ended, to begin with.

As I read your words, I was curled up in the corner of my bedroom, sobbing uncontrollably on the floor, wondering how on Earth we weren’t together. How we couldn’t just figure it out all those years ago.

My chest ached with this void I didn’t realize was so wide and vast. Almost the way it would when you yearn for a treasured keepsake you’ve lost in an ocean or river.

You’re states away now, and that should be enough for me to move on. Christ, I went to China and back again, and still, I couldn’t. The distance alone was not enough to heal. Time hasn’t helped either.

I don’t know if or when the mark you’ve left will disappear. So I sat and cried, feeling sorry for myself and the fact that we’re not together.

Months ago, when you said, “We’re friends, right?” It became clear that I would always be in love with you, but you wouldn’t feel the same for me. It became clear that a sliver of me always held out for hope that you might change your mind about me. That we would be like the couple in movies that somehow found our way back to each other. I didn’t realize how much I had hoped for that until I was hanging on your every word.

But it doesn’t matter.

I miss you, and sometimes it’s shocking just how much I miss you.

I love you and always will.