As we come out of the pandemic, helping kids set healthy limits with sugar can drastically improve their emotional well-being, anxiety levels and overall brain health 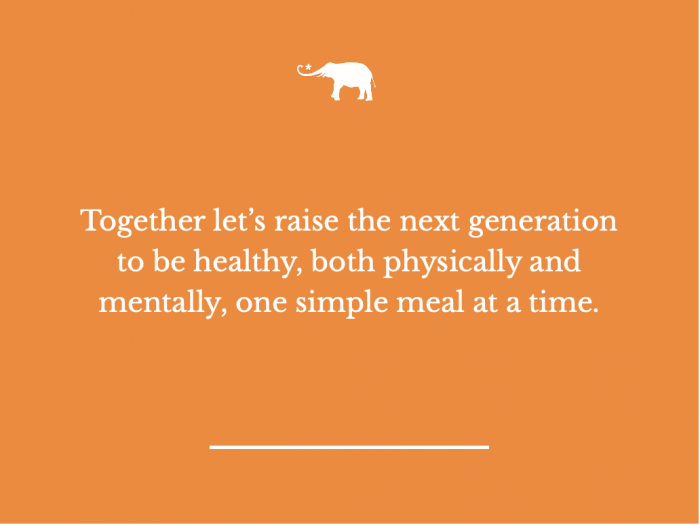 By Emily Ventura, MPH, PhD and Michael Goran, PhD. co-authors of the pioneering new book, SUGARPROOF: The Hidden Dangers of Sugar That Are Putting Your Child’s Health at Risk and What You Can Do (Avery/Penguin Random House).

During the pandemic, many families found themselves in an emotional survival mode, trying to cope with uncertainty and make the best of lockdown. The mental challenge led to unprecedented levels of depression, stress and anxiety, even in children. Some healthy habits may have gone out the window while everyone was stuck inside just trying to get by.

It’s only natural that people turned to more comfort foods during this time such as sweets and other less healthy foods. Many families have told us they developed new routines like having ice cream every night, which seemed to cheer everyone up, but has now become a ritual that’s hard to break. Now that things are starting to return to a new form of normal, and since clear links have been found between mental health and diet, it’s a great time to reassess habits and move towards eating in a way that helps everyone thrive rather than just survive.

In our new book Sugarproof (www.sugarproofkids.com), we talk about how to raise kids who are aware of the connection between food and mood, realizing that “you feel how you eat”. Sweet foods and drinks give you an immediate boost in energy levels and mood, but can then lead to a crash that results in lethargy, irritability, moodiness, and cravings for more sugar. This is because sugar activates the reward center in the brain and triggers a dopamine release, making it extremely addictive.

Many parents may not realize that their kids are addicted, often because they have never seen their kids “off sugar.” It is only after making a shift in family habits that they see their kids become more even-tempered with steadier energy levels and more able to concentrate. These days sugar and sweeteners are so well hidden in our food supply that kids are often having way more than parents realize. As an example, one serving of breakfast cereal alone can have 3 teaspoons or more of added sugar and it’s suggested that most kids have no more than 6 teaspoons for an entire day. Many kids serve themselves a second bowl of cereal and exceed this limit on breakfast alone. Later that day, for example, a kid may consume another 3 teaspoons with a typical granola bar at snack time and 3 more teaspoons with a flavored yogurt at lunch. Even commercial whole grain sandwich bread usually has nearly a teaspoon of sugar in it per slice. All of this adds up fast and that doesn’t even include sugar-sweetened beverages like sodas and juice drinks or actual desserts.

A high sugar diet impacts kids from head to toe, with both physical and mental health consequences. Even kids who are not overweight may have short term consequences like amplified stress responses and lack of ability to concentrate. Research shows that high sugar consumers have lower scores on standardized tests. Data also shows that excess sugar intake can exacerbate the hyperactivity associated with ADHD. There are also documented connections between sugar consumption and national prevalence of disorders in anxiety, mood, impulse control, and substance abuse and even schizophrenia. Longer term, a high sugar diet can lead to brain shrinkage, cognitive decline, and eventual Alzheimer’s disease.

We are in no way advocating for a restricted diet where no sugar is allowed, as that approach is not healthy psychologically speaking and tends to backfire. Instead, in Sugarproof, we talk about how to raise informed kids who can find their own healthy balance and right-size sugar intake.

What helps is building healthy habits like involving kids in shopping and cooking, which can lead to setting palates to a lower level of sweetness. Kids can come to appreciate the natural taste of healthy whole foods and recognize when something is too sweet and they’ve had enough. We go over how to help your child build their own internal motivation for healthy eating so you don’t have to be the sugar police, which is neither fun nor effective.

Two habits we talk a lot about in Sugarproof are breakfast and beverage choices. Starting off the day with a sweet breakfast puts kids on what we call the sugar roller coaster, which leads to a cycle of cravings for more sugar throughout the entire day. Instead, choosing a breakfast that is high in fiber and protein and low in added sugar gives kids steady energy and helps them avoid cravings and make better eating choices later in the day. Swapping out sweet beverages like juice, sports drinks, sodas, and coffee or tea drinks is also extremely important, as these drinks deliver a concentrated dose of sugar that is detrimental for many organs in the body such as the liver and the brain.

The more parents can do to model these habits, the better, and we suggest taking a positive approach of getting excited about healthy foods and making simple recipes together as a family as a way to naturally edge out highly-processed, sugar-laden foods and drinks. We have easy recipes and ideas for swaps in our book and on our blog. For example, instead of stocking ice cream in your refrigerator regularly, you can instead have our Whole Fruit Pops or Nice Cream on hand, or even just frozen pieces of watermelon which make for a refreshing natural treat, none of which are made with any added sugar and instead rely on the natural sweetness of whole foods. Together let’s raise the next generation to be healthy, both physically and mentally, one simple meal at a time.

Dr. Michael Goran, Ph.D. is a professor of pediatrics at the Children’s Hospital of Los Angeles and Scientific Advisor for popular brand, Yumi Baby Food. Dr. Emily Ventura is an expert in nutrition education and recipe development.

Sugarproof busts myths about the various types of sugars and sweeteners, helps families identify sneaky sources of sugar in their diets, and suggests realistic, family-based solutions to reduce sugar consumption and protect kids.