Conspiracy Theories & Neuroscience: How can we Stop Paranoia?

The show “The X-Files” is the pop culture poster-boy for all things that are conspiracy-driven.

When the show came out, it fit quite nicely into many of the current conspiracy theories about government intervention, alien life, UFO secrets, and even government testing on the general population.

In hindsight, it became an amplifier of a much larger problem that humans struggle with: paranoia.

In reality, we all struggle with some form of paranoia. It shows up in different ways.

From thinking someone is out to get us to being easily offended, or from not being able to trust others to reading hidden meaning into other people’s behaviors. There are so many other ways it shows up.

You feel like everyone is staring at you and/or talking about you. You think people are deliberately trying to exclude you or make you feel bad. You believe the government, an organization, or an individual is spying on or following you.

In evolutionary psychology, the argument for why we all experience paranoia is down to what’s referred to as agency detection.

Agency detection is a reactive and protective response from our ancestors who lived in a precarious environment. When a strong wind ran through a nearby bush, it forced our forebears to react suddenly and interpret threats quickly in their environment. They did not have time to intellectualize whether or not it was just the wind blowing. They had to make a decision swiftly.

It’s an innate tool we use to give meaning to circumstances, objects, relationships, and other things to try and better understand their place in our experience of them. The thing is, we’ve been borrowing that strategy since the emergence of environmental threats.

Attributing intentions to agents involves two mutually reinforcing steps. In the first step, people’s hypersensitive agency detection (HADD) merely detects the presence of agents. In the second step, people’s mentalizing capabilities cause them to attribute beliefs and desires to these agents.

We are vigilantly categorizing our environment.

With everything from people to inanimate objects, we are constantly looking for ways to understand things and threats in the world around us. Paranoia is a strategy that relies on the assumption that there is a possibility of a threat that is likely to show up.

So, could it be that our invention of a threat is itself the threat we’re trying so hard to avoid?

We also borrow clichés to help us understand why things happen, so we say things like, “All things happen for a reason.” It’s a strategy we use to invent patterns and weave our experiences together, especially when they are not connected. It is a safety mechanism fueled by fear.

So, where does paranoia come from? According to psychology, “Children who experience teasing, bullying, rejection, ridicule or humiliation may be more prone to social anxiety disorder. In addition, other negative events in life, such as family conflict, trauma or abuse, may be associated with this disorder.”

Why are we exploring social anxiety?

Paranoia is a form of social anxiety. Social anxiety is essentially an experience many have when trying to figure out how to navigate in social settings. A much easier way to comprehend this is to understand how we interpret the world, our environment, things that happen in it, and how we see ourselves in it. All of that has been shown to have a direct influence on our emotions and how we respond to them.

Conditions of uncertainty, anxiety, or fear are typically associated with amygdala hyperactivity. Accordingly, it has long been suspected that amygdala hyperactivity contributes to paranoia. Experiencing paranoia increases cerebral blood flow in the brain. The factors that increase this are all anxiety-related. We care so much about what our friend could have meant that we add interpretation to it out of fear.

We are trying to protect ourselves from the possibility of pain.

If we get into a cycle of assuming that threats are out to get us, we activate areas of our brains that force us into fight-or-flight mode. Remember, the key here is interpretation. If we think people or circumstances are out to get us, then we will live according to this worldview.

J.D. Salinger, the famed American author, assumed people were plotting to make him happy. This is the antithesis to paranoia and fear.

In the world of behavioral science, we refer to this strategy as a form of linguistic reframing. We can reframe our worldview to serve us rather than the other way around.

What this perspective does is propel us to look at life from the paradigm known as pronoia. What is that?

“Pronoia is a neologism coined to describe a state of mind that is the opposite of paranoia. Whereas a person suffering from paranoia feels that persons or entities are conspiring against them, a person experiencing pronoia feels that the world around them conspires to do them good.”

This form of reframing empowers the interpreter into a world where possibility rather than threat is at every corner. This powerful strategy turns paranoia into empowerment.

But, a lot of this is down to choice, in that pronoia is reorienting how we interpret ourselves, circumstances, and environmental experiences as either being for us or against us. 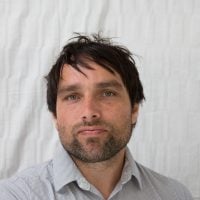