How my Grandmother’s greatest Gift Lives On. 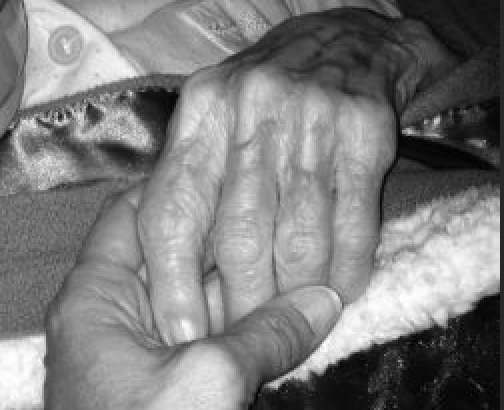 This quote like a gift from my grandmother has stuck with me my whole life. Who was she and was she happy? Who am I, and am I?

From the beginning of my life to the end of hers, my grandmother gave me priceless gifts.

The first year of my life was spent in the sandhills of Nebraska at my grandparents’ one-room home. I sat perched on a small metal bucket while my grandmother sang to me about milking cows. The song was one of her own making, repetitive and soothing.

I lay in a larger metal bucket under a heat lamp in her kitchen with piglets that needed special care, sharing a bottle of formula. There was straw lining the bottom of the silver steel pail that provided warmth and comfort next to the tiny pink flesh of the animals I snuggled.

I was the first grandchild and my daddy had been drafted during the War in Vietnam.

My grandmother was a beautiful writer. She had elegant penmanship and love for quotations. Her delicious vocabulary was expanded by devouring Readers Digest‘s monthly themed section, “Word Power.”

She began writing me several paged letters to keep in touch, as a phone call would have signaled an emergency.

One of the quotes she sent me after I met the man who would become my husband was used on my wedding program.

“Two shall be born the whole wide world apart. Then, one day, out of the darkness they shall meet and read life’s meaning in each other’s eyes.” ~ Nephi Anderson

My grandmother’s life was not a glamorous one. She was a rancher and endured long days in a farrowing house with not one day off—ever. She never went on vacation, and rarely left the county.

I don’t imagine this was the life of her dreams, and yet, one would never know by her compositions—or her conversations.

She wanted to be a nurse before she fell in love. I do believe she was allowed to nourish the hearts and spirits of her family and friends. I believe she did become a “nurse” if you think of the word as a verb, instead of a noun. To nurse means to take special care of, especially to promote development or well-being.

Her letters consisted of things she had read, popular songs she heard on the radio, her favorite names for girls. She loved the song “The Rose” by Bette Midler and the theme from the film “Ice Castles,” “Through the Eyes of Love,” by Melissa Manchester.

Her beloved books encompassed poetry, biographies, and religious inspiration. The most important portions of her correspondence were questions, encouragement, praise, and the way she made me feel unconditionally loved.

Her gifts to me were treasures she already owned. Her packages to me arrived with a strong, familiar scent of her hog ranch.

She wore jeans every day and carried a putty knife in her back pocket. That was her tool of choice. One day after my grandparents had sold their livestock, I received the coveted putty knife in the mail as a gift. Her most important farm implement now belonged to me.

Three other gifts from her stand out with affection. These gifts had once belonged to my great-grandmother and she passed them on to me.

I got an old, manual wooden coffee grinder with remnants of coffee grounds still in the slide-out drawer. The aroma was faint, but stirred memories.

I received a locket with my maternal great-grandmother’s initials in calligraphy, “AUH.” It was on a long gold chain and inside was a black and white photo of my grandmother and her sister. The accompanying note said, “given to me by a man of passing acquaintance.” Obviously, that was not my great-grandfather.

The third gift was a present on my wedding day—a strand of real pearls belonging to my paternal great grandmother, as my “something old.” The ivory sheen matched my dress to perfection.

In high school, I dreamed about writing and illustrating for the Hallmark card company. I received talents from my grandfather, who was an artist, and my grandmother, the writer. I longed to share those gifts with a broad audience. Unfortunately, my lack of focus on the arts during those years, and my knack for math and science, led me to a health care career.

Thirty-five years later I’m trying my hand at art and writing, as the gentle nudge has risen up within me. I still have half my life left, don’t I? I can hear my grandmother’s voice in my mind, cheering for me in her encouraging way. I think of my grandfather, who continued drawing and giving art lessons up until he died, at 93.

As my grandmother aged into her 80s and 90s, her letters to me became less frequent and eventually ceased.

I mourned the correspondence in written form long before she left this earth.

A discovery was made when she relocated from the homestead of my youth to an apartment in the city limits. This gave me further insight into my grandmother’s elaborate compositions she compiled into letters.

I found notebooks full of words that she had studied, along with their meanings, pages of quotations, and clippings from newspapers with more quotations and poems. The most valuable and interesting find was the letters she had started to me and never completed. My grandmother wrote first drafts of every letter she penned.

When I gently questioned why she wasn’t writing to me she explained that her penmanship was failing. She said her thoughts were in her heart but she couldn’t translate them to paper. She became frustrated with her lack of eloquence and fine motor coordination.

I quickly gave her the most heartfelt embrace and thanked her for the gifts.

I would never stop writing her letters, and from then on I would call her so I could continue to hear her words.

This photo of our hands as she lay in her bed near her last breaths with our clasped fingers symbolizes how we used our hands as instruments to express the deepest love through our lives through writing. This was her greatest gift.

And, the gift lives on. 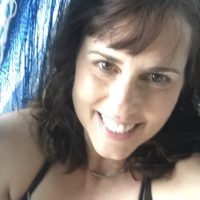 Michelle Buzzas is a deep thinker and a student of life and people. Her best attribute with words is to be a gentle encourager to people who are struggling and self-doubting. … Read full bio