From Addicted to Connected: A Woman’s Journey of Self-Recovery. 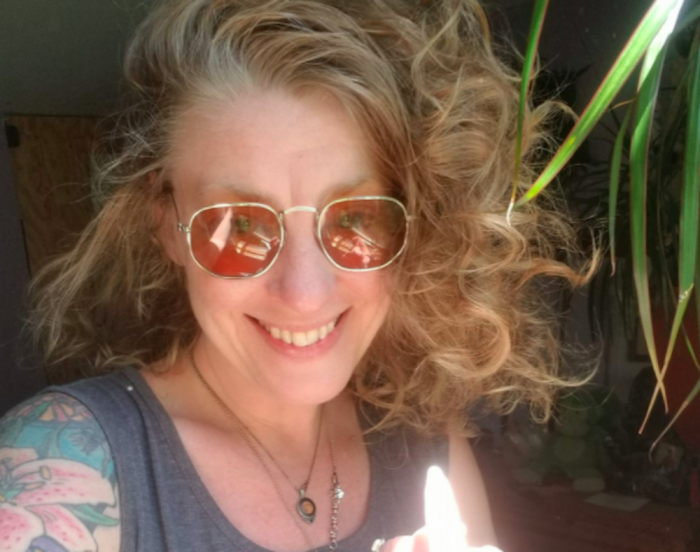 “The opposite of addiction is not sobriety; it’s connection.” ~ Johann Hari

I never said the words: “Hi, I am Justice, and I am an addict.

I had a problem, no doubt about it. To claim the label addict—as my identity—felt dehumanizing, like forming an alliance with the very same entity I wanted to break up with.

I am a woman. I had an addiction.

I will openly share: I still drink. Sobriety, for me, does not involve total abstinence. It involves forming mature, wholesome relationships with people and substances.

The last time I used meth—6,205 days ago—I also gave up the illusion that I had any control in that relationship.

I used to make myself sleep—my vanity insisted upon it. Not that day.

I used to never get high alone. Not that day.

I used to regulate my use, no more than needed. Not that day.

That day I had been up too long, had gotten a front from a friend, and done more than my share. So on top of being too high to even get high, I was indebted to a dealer. Dangerous.

A friend and I had tried to make love as a summer thunderstorm crashed against the windows of my apartment. This is one of my ultimate sensual pleasures. Only that day, I was so high I was nowhere near my body. I couldn’t feel him—couldn’t feel me.

Feeling is fundamental to my nature. It is core to who I am. The further I had moved into my addiction, the less I could feel. It makes sense, in retrospect, that the things that at one time made my heart soar failed to even register.

Crystal (meth) was my primary relationship. She had taken priority over my marriage and even motherhood. My husband and I had surrendered custody of our then three-year-old daughter to her grandparents, then a few months later, we broke up. I found myself single and without the two people who had provided structure to my life for the last four years.

I had been using street speed on and off since I was 17, and before that, I did pharmaceutical speed (Adderall) and, before that, diet pills.

I had a penchant for going faster than my pain.

I didn’t know that was what I was doing. I thought I liked getting high and getting skinny. Speed made me drop weight like crazy, and, like many girls and women, boys and men, too, in our culture, I had an unhealthy self-image.

Years later, I would come to understand that I had a touch of body dysmorphia. This is when our projection of self is distorted. When I look at pictures of myself as a youth, I see a beautiful girl with wild, blonde curls, a few freckles, a little crook in her smile that is highlighted by her mischievousness (still is), and a lovely, statuesque figure. What I felt, at that time, was that I was too tall, too blonde, too thick, and unbearably f*cking awkward.

Speed smoothed it all out—my emotions, of which I was largely unaware of, as well as the little crinkles of cellulite that most human bodies have. Getting high was great. I wasn’t hungry. I felt focused, but having an already analytical mind, I could become invasively so to myself and others.

Paranoia, due to sleep deprivation, is one of the many delightful side effects of methamphetamine use. Other attributes include: loss of emotional regulation, loss of muscle mass, dental deterioration, inability to communicate, bizarre sexual inclinations, infidelity, and disruption to my maternal instincts.

Disruption to my maternal instincts was the most disturbing effect of my addiction.

When I first gave birth to my daughter, my whole body lit up in her presence. My breasts dripped with the nourishment she needed. My heart swelled at her gaze. My body bubbled when she giggled. At 18, I had melted into motherhood. The day that her grandmother came and took her from our house, I could barely get off the couch. I had been on a bender for days; I was dull and exhausted. Yes, I would have made my bright, brilliant toddler breakfast, but that would have been all I was capable of.

The bravest and hardest thing I did was surrender custody of my daughter to protect her from my addiction.

I had been living without her for about two years. She had a room in my apartment and would come to stay with me on occasion, but I was unfit, and I knew it. I was unfit to care for myself, and, as is inevitably the case with addiction, my grasp on reality was tenuous.

To be honest, I never felt like I knew how to be in consensual reality. Between the volatility of my split-family household and the ascensionist structure of the new age community that I was raised in, my system was simply not prepared for the real world.

What I now know about addiction is a compilation of my own years of unraveling the complex patterns that comprised it, as well as what I consider to be the most compassionate research on the subject. Gabor Maté’s work has had a great impact on my understanding of this pattern. He believes that all addiction is an attempt to soothe pain.

We—who find ourselves in the grips of addiction—have, more often than not, been abused, abandoned, and neglected.

We—who struggle with the cycle of addiction—are not social failures or genetic mutants, despite what past research has dictated on the subject.

We are lost, hurting, and yearning for something.

And what are we yearning for? Connection.

No matter what our substance or activity of choice is—there are many that we can choose from: work, sex, gambling, exercise, shopping, food, alcohol, meth—we are looking for ways to distract ourselves from what the scholar John Lamb Lash calls: the pain of not being seen.

How many of us can say we feel seen, heard, cherished, or truly loved? Not as many as those who deserve to be so, and that is all of us.

In the 6,205 days since I last used meth—more than sobriety—I have found a connection. And I am committed to seeing, hearing, holding, and feeling the hard, holy, and human in me—in all of us.