From Empathy to Compassion: How I Radically changed 30 years of my Personality. 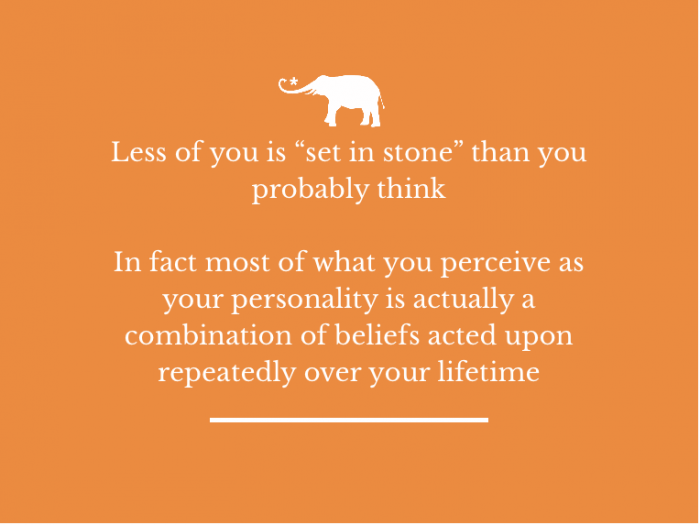 From the time a was a little girl, I was extremely sensitive to other people’s energy.

I would hide behind my mom when others tried to talk to me, and even ran and hid when the doorbell would ring.

This followed me into adulthood and permeated every aspect of my life, from how I approached college courses and showed up at work to my social and dating life.

I developed into somewhat of a hermit with a decent dose of social anxiety. This led to depression around not being able to birth my gifts into the world.

It was actually not too long ago when I made the conscious decision that things needed to shift for my own sanity. I began to realize just how much my attachment to my identity as an empathetic introvert was interfering with my ability to feel fulfilled and live my purpose. This allowed me to get curious and brave.

You see, change always takes a level of bravery higher than you previously exercised. This is how you create a new experience of yourself and life.

So, I began a process of excavating what beliefs were currently responsible for keeping me trapped in this fearful and closed off pattern.

Here is what I found.

I had a belief that personality was, at least for the larger part, genetic and therefore was a solid and consistent trait that does not shift significantly over one’s life. I built my identity around this. Even my degree in psychology corroborated this belief. However, I soon realized that personality is, in fact, malleable.

I found a motto that had run most of my school and, later on, life projects, and it went something along the lines of “If you want something done right, you have to do it yourself.” This, in itself, burdened me with the entire weight of all the activities I participated in because I placed the sole responsibility of group endeavors on my shoulders.

What a heavy and exhausting belief to uphold.

As an empath, the belief that other people’s energy can be loud, intrusive, overwhelming, and draining was common knowledge and widely experienced and talked about amongst those who identified as such. It was also known that cleansing and energetic protection are necessary to cope with this personality.

This absolutely does not have to be the case, although I still recommend a regular practice of deeply connecting with one’s self, which may include meditation, yoga, time in nature, dance, or any movement exercises that are all options for energetic hygiene in the same manner one would shower and brush their teeth regularly to maintain their body hygiene.

This recommendation is not exclusive to empaths but rather includes everyone.

My biggest breakthrough came with the basic recognition of this one simple truth: that all of these above beliefs (insert your own) are choices, formerly unconscious, now conscious, and that I have the power to change them and, therefore, change my experience by choosing something different.

In fact, the very act of not changing it is also actively choosing. This is a reality you cannot escape.

I know, a big invitation. A stretch for sure.

Our past former limitations, while being uncomfortable for the ego, are so rewarding for the soul. And this is the key recognition. In the act of examining those old beliefs that just were not serving me, I had to choose new ones to put in their place.

I completely shifted from being a lifelong introverted empath to a compassionate extrovert through taking these four steps:

Moving from empathy to compassion was huge. But what is the difference?

Empathy feels like taking on other people’s emotions and pain. Empathy is often accompanied with a feeling of “responsibility” for others. Empaths frequently identify as martyrs or struggle while feeling like victims of their surrounding environment that is exposing them to an energy that is not their own.

But switching to compassion changed all of this for me. Compassion says:

And I do not own your experience and energy.

You are responsible for you,

And I am responsible for me.

This put me in a place of power and autonomy over my boundaries, my personal space, and my own energy.

I also switched my beliefs about people being draining and overwhelming into a deep sense of gratitude and love for humanity and the individual.

I adopted a belief that working in groups and community is easy and learned how to trust others as competent co-creators. This allowed me to feel energized in collaborative and co-creative situations.

Now that my beliefs have been excavated, examined, and amended, it is time for the second step: action.

I began going to gatherings and events alone, something I had never done before.

I sat with random people and asked to join in their conversations. I broke the ice, took initiative, made friends, and shared myself vulnerably. I allowed myself to have moments of nervousness and awkwardness while being okay with it.

And I found that those around me began to reflect my new beliefs.

I now love meeting new people, and more often than not, I feel energized by my experiences and connections. A true 180-degree shift.

This is a practice that is available in any area of your life that you may want to shift. 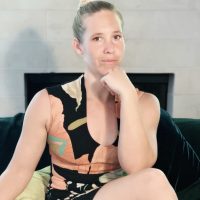 Jacquelyn Smith is an entrepreneur, healer, and student of life, with a passion for shattering paradigms and helping young women reach their potential through passion, power, … Read full bio