From Surviving to Thriving: A Daughter’s Guide to Healing her Heart. 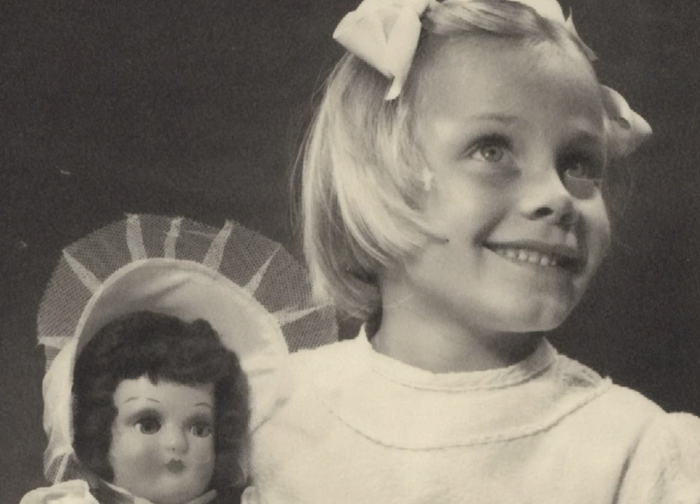 It was over 15 years ago when I walked into the morgue of the hospital to identify my father’s body.

Consumed by feelings of guilt, I realized the full impact of our dysfunctional relationship on my life.

I hadn’t stopped crying since I received the phone call from my aunt over 24 hours prior, telling me he was gone. Her words hit me in the gut, like the power of a baseball bat knocking a home run out of a major league ballpark.

I could barely breathe.

The fact that my father was gone, and had left this earth without speaking to me in over seven years, was the final painful blow.

I immediately blamed myself and began questioning why I never called him. I second-guessed how hard I tried to maintain a relationship with him by questioning my motives, and why I had not tried harder. My insecurities went wild within my mind, reinforcing what a terrible daughter I was because I didn’t do more—apologize more, comfort him more—the weight of the guilt held me fixed in self-doubt.

The negative thoughts that flooded my mind were running on a perpetual loop; the endless stream of tears running down my flushed cheeks were fueled by regrets over missed chances to make amends. I took the pain and blame all on myself, as any “good girl” would have, and always had done.

It was obvious that after seven years of estrangement and17 years after I left home, the relationship I had with my father was still controlling my emotions and my behaviors, and I was a grown woman! A grown woman who was still desperately trying to please him after his death, despite the deep personal costs.

Life with my dad wasn’t always that way, however. When I was a little girl, I idolized my father. He was my daddy, my world, my protector. I used to pretend he was my boyfriend when we were out together and I would cling to his pointer finger as we’d happily walk along.

I thought he was the most handsome, smartest, and strongest man in the world. When I looked up at him with my big brown eyes, they were filled with nothing but love and admiration for him. And when he would come home from work, I would run to greet him and his eyes were filled with just as much love for me.

At the time, that naive little girl was unsuspecting and didn’t realize there was something else going on.

This is how I felt:

I made him feel special.

I made him feel loved.

I made him feel important.

I made him feel smart.

And, I made him feel proud and worthy.

Reflecting back upon my childhood and my relationship with my dad, I felt like I was the oxygen he he needed to survive, and he depended on me to sustain his vitality.

As I grew older, my tank was depleted, and my ideas no longer aligned with his. I noticed his eyes began to change when he looked at me. They became dark and disappointed, and the attention and love I once felt were shut down, and I never could understand why. I tried so hard to recapture that love and attention, but rarely ever got a glimpse.

I could continue to take you on a journey through my wild rebellious years, fueled by parties and too much alcohol. I could tell you how I thought I would find love via promiscuous behavior, but I think I have a better story that comes from my pain.

I have spent my entire adulthood being an overachiever, all in the hopes to garner that love and acceptance from a man who no longer exists on this earth, and had I not stopped drinking, had I not turned the focus from “why me?” to for me, I would still be living for the man I once called Dad.

On May 14, 2006, I was confronted with the fact that I had to accept that I would never be able to speak to him face-to-face again. The night after I identified his body, he came to me in a dream, and told me he was okay. At first, I felt somehow comforted by this but as years went on, I wondered if it was about him, not me.

Fifteen years later, however, I can finally say I found a way to forgive him. I realized only a person with deep-seated pains and insecurities would act how he did/would be the way he was.

To realize this about a man I once thought was a second runner up to Superman makes my heart ache for him.

He lived his entire life afraid of being less than and the fear drove him to push everyone he loved away. It makes me sad he died alone, in a hospital bed.

I loved him, regardless of the pain I felt. He gave me life and he gave me the ability to write. His behavior in turn, allowed me to feel more deeply than most—to feel love with a burning intensity, and to feel pain that’s torturous it would make you want to scream in agony.

But, do you know what?

I love that about myself because it gives me the power and ability to empathize with others and fight for their causes with passion. He also passed on his wit and sense of humor to me, and for that, I am grateful because I can write about something emotional and heart-wrenching, yet still make you crack a smile if I want to.

He taught me how to change a tire, because every girl should know how too, and with that lesson, instilled such fierce independence in me; and most importantly, he taught me what kind of dad I wouldn’t want for my children. I am forever blessed I found a dad to help me raise our children—someone who is giving and selfless.

So many things he did have contributed to the person I am today, and I choose to focus on the positive. I choose to be grateful for the wonderful traits he instilled in me.

I still felt him around me at times, and realized I needed to let him go. His soul needed to be set free. I didn’t want him to be scared of being alone anymore, or to continue casting a shadow upon the rest of my life.

Instead, I invited him to look up and follow the light. I told him to go home, to find my baby boy, Michael, to reunite with his dog, Jake, and our family dog, Captain because I knew they were waiting for him.

I set him free, once and for all. I begged him to go, with the knowledge that I would be okay. I am a stronger woman today in spite of him.

I freed myself from his clutches by forgiving him for the way he dealt with his own pain.

As I envisioned him heading toward the light, I quietly whispered, “You did your best, Dad. I’m sorry your life was riddled with pain and torturous insecurity, and although I survived it all these years, it’s now time for me to thrive. But for me to do that, I need you to go. Go rest easy, Daddy, until we meet again. Go on Daddy, go to the light knowing we are both going to be okay now.” 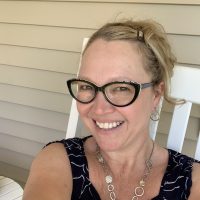