How to Love Her.

Her last perfect somebody will be all her heart desires.

When she sees him, his soul will be shining.

At first glance, when she catches him admiring her, she will catch herself smiling at him, and for a moment, all her worries are gone. With this one encounter, he will be her last thought that night. But she will be afraid to explore this feeling.

That will be the moment she knows.

His ability to love with no hesitation will be overwhelming. It is something new to her. A man who knows what he wants. She has to take notice of him.

When he sees her for the first time, he will realize his life is now complete. His efforts will be relentless. He won’t be afraid to approach her because her smile was just for him, and he felt the warmth.

He will watch her from a distance, and he will know how to love her without asking anything. But he will ask all the right questions. He will study and learn the lightest and darkest corners of her heart and mind.

He will know she has been broken just by looking into her eyes. But he will see the strength she has to make herself whole again. He will give her the space to love herself. It will be his joy to watch her explore her heart’s desire.

He will know there is enough room for both of them. He won’t try to repair anything because he will understand his presence is what she needs. He doesn’t want to change her because whatever broke her is a part of her. It has molded her into what he loves.

Her flaws make her even more alluring to her last perfect somebody. He will not be afraid to admit it. He will be bold with every step and every attempt to have her. His soul will speak to hers with just a look. She is special, and his every action will show her that.

He will be relentless to get her attention.

She will fight his attempts, but only because she is afraid. He will know this, but he does not care. We all have something we carry. He knows this. He looks past all her pain. He sees the love deep within her soul. He wants to feel it and reciprocate it.

He hopes she will allow him to love her past her pain. He sees the beauty within, not just the outer shell she presents. He sees her depth and wants to connect to every layer. With each of his attempts, she breaks down her wall with ease. He feels her energy, and it’s magnetic.

If she lets him in, he has to know this is it—their last perfect one. She wants to learn everything. All his fears and joys. She needs to know where his mind wanders. She wants to see the honesty in his eyes when he tells a story.

The last perfect somebody is not afraid to show his emotions. He will teach her that his love will defeat all fears. Soon enough, they will teach each other. With real love, fear does not exist. Her last perfect somebody will let her in like the others never did. It won’t only be about the love he gives her. It will also be about the love he receives.

His willingness to receive love will be undeniably sexy to her. It gives her a purpose. She loves the journey they share. He knows to have her, he must open his heart. He will gladly give her what she wants. He will understand that the love they share is a gift.

Two souls becoming one in love and friendship.

She had been through a fire and came through like gold. He will know that her love will never be put on the back burner. They both know they are each other’s first priority. All she wants to do is love her last perfect somebody, and all he needs to do is devour every ounce. He will want this as much as her.

Faith, trust, and loyalty in each other with God first. They will know they can do anything by just understanding and communicating with trust. They will be each other’s sacred space. The place where the outside world can’t penetrate the love they share. Where words have no sound, but only a look and a gesture.

That space where their breathing is in sync and their hearts beat in a rhythm they can dance to. Her last perfect somebody will be her best friend, lover, and teacher. They will make love to each other’s minds as well as their bodies. There will be no end to their comfort and intimacy.

They will have a yearning for each other they’ve never experienced before.

The universe is pulling them toward each other.

They are waiting—ready for their last perfect somebody. 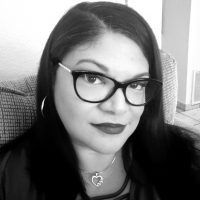 Cynthia Williams: nothing special about her. Just your average woman fighting with herself to put herself first. She is a mother and, once upon a time, a wife. Now her goal is… Read full bio