How Pico Iyer’s TED Talk helped me Redefine my Perception of Home. 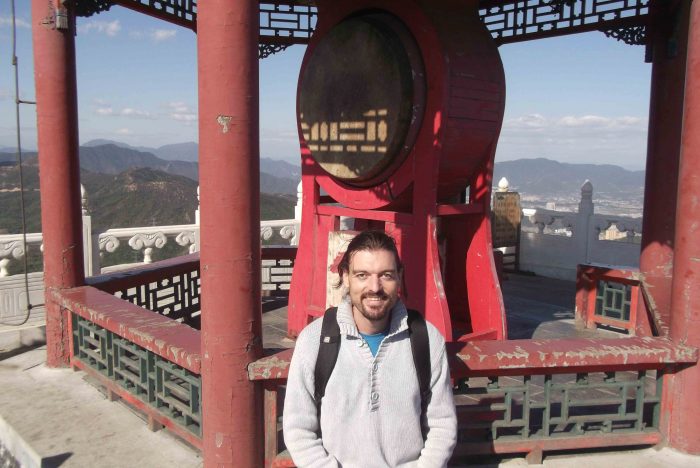 By the time I was seven, I had lived in seven different houses, and my family’s itinerary spanned three countries and two continents.

There followed a reprieve of relative stability in rural Suffolk, where I gradually found my marks and some roots, climbing (and falling out of) trees, catching tadpoles and paddling in streams, or rowing a dinghy down rivers, under red brick bridges and low hanging branches.

I was at peace with the countryside and a few close friends, but society at large still felt foreign, and I struggled to comprehend where I might fit in.

Things didn’t make much sense. Middle-class English people (those I was supposed to be part of) felt vaguely threatening, and my gut instinct drew me more to people like Steve, the window cleaner, with his broad Suffolk accent and liberal covering of tattoos.

When I was 14, the family uprooted and relocated across the channel.

Here, for a while, I found a place of sorts. The woods and fields of East Anglia were replaced by concrete and ageing apartment blocks, asphalt, and trolleybuses—the urban sprawl of working-class French towns.

But my first friends were a mix of sons of North African or Southern European immigrants, the children of single mothers, others from families returning after years if not decades of expatriation. In short: borderline misfits like myself.

I felt comfortable among them, and when topics of conversation lacked, we found camaraderie in skateboarding and minor mischief in the city jungle. But within four years, my family moved four more times. The steamroller of relocation continued its inexorable forward motion.

In 1996, I moved to London to begin a degree at University there. Over the period of my degree, I rented three different rooms across the city, and my second year was a year abroad.

After graduating in 2000, I returned first to Japan, a country I had felt a profound kinship with and where I hoped I might settle. But the seeker within me became restless, unable to find solace for the dull pain of living that had begun to appear as a blurred backdrop to my days.

It was not clear to me what this unease was. Part of it felt like insecurity; I was like a boat without an anchor. Every time I went somewhere, the rug of stability seemed to get slowly tugged from beneath my feet. So I saved my money, shouldered my backpack, and headed for Nepal, carrying a Buddhist mala, the gift of a Japanese Buddhist monk.

For the next two decades, I freelanced translating books in various countries, juggling visa runs, or taught English in Asia. In all that time, I only once spent a full year in one place but became accustomed to, even happy with, living with few belongings on a default shoestring budget.

And in hindsight, it is hard to determine what part of these wanderings was a choice and what portion was due to circumstances.

On the surface, such an itinerant lifestyle might seem exotic or even desirable. But for me, it had a price. It set the tone for the personal issues which would bug me throughout my adult life.

In France, my life and resume were described as atypical. I had no roots, no base camp, and no harbor.

In his thought-provoking TED talk, “Where home is,” the writer Pico Iyer reflects, “For more and more of us, home has less to do with a piece of soil than with a piece of soul. If somebody suddenly asks me, ‘Where’s your home?’ I think about my sweetheart, or my closest friends, or the songs that travel with me wherever I happen to be.”

But none of these criteria were of much help to me. Sweethearts have been few and far between because it is hard to get attached to a man who is just passing through before disappearing again, almost like a thief in the night. My friends are scattered around the globe, from Canada to Peru, London to Japan, and Denmark to Indonesia.

I yearned to find a place to rest, to dump my threadbare, sun-bleached pack. To live off more than a subsistence income. And, not surprisingly perhaps, the more I aspired to this, the more it seemed to elude me.

But there are lessons and gifts within each story.

At no stage in my life can I recall having derived a sense of identity from nationality or citizenship.

I have thus been spared the futile burden of patriotism and the delusion that a country could identify my brethren or my tribe. At most, there have been times when I sensed that the French and British cultures I grew up with, and the accretions from other cultures I adopted, perhaps defined me to some extent.

Gradually, I learned that my home could only be whatever I carried around inside me.

One day, reading a book of Advaita Vedanta teachings, I came across the notion of being established in the self. And it occurred to me that if I achieved this, on a  more worldly and practical level, I could potentially belong in any number of places.

My home would not be defined by my place of birth, my ancestry, or my allegiance to a nation.

At present, I remain, for better or for worse, a wanderer. The solution to the riddle of my perpetual motion has not yet been revealed.

But there is more peace than before.

It is hard to stop a train in motion—perhaps the putt-putting engine of my peregrinations still has a little life in it. And I return, once more to Pico Iyer, and these few words that resonate so much with me:

“Home is the place where you become yourself.” 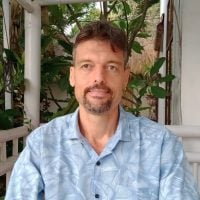