My first Children’s Book. Any comments or tips? Will include illustrations. 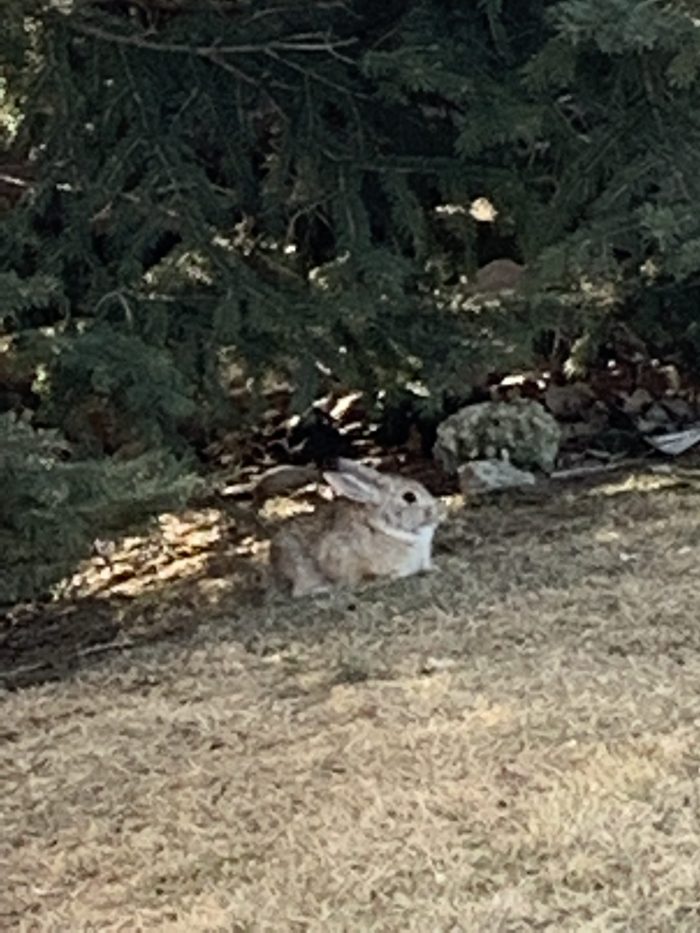 In the attic, a mom, Loulou, lived with her three children, and a dog named Roosevelt. Lala, Lele and Ham. Ham was the smallest. He wanted to be like his dad—big and tough—but he didn’t know his dad. He had a poster on his wall of his favorite baseball player—a guy who was a pitcher *and* hit big high fast home runs—and Ham liked to pretend that the baseball player was his dad.

Monday morning, he and his brother Lele and his sister Lala and his mother Loulou ate big cheesy omelettes and toast with jam. When he was all finished and helped with the dishes, Ham got his backpack and unlocked his bike.

“Why is your name Ham?,” Elisabeth asked him on the way to school. They biked together every day. She was his best friend. She always wore funny old dresses or overalls and jeans. She had big beautiful curly fun hair.

“My name is Hamilton,” Ham explained. “And I like ham. It’s yummy.”

Elisabeth’s eyes got big. “Ham is a pig.”

Ham didn’t know what she meant. They got to school, which was a tan school on the hill, and after English class and Spanish class they ate lunch. At lunch, he ate a sloppy joe. “Yum!”

Elisabeth’s eyes were big again. “Sloppy joes are a cow.”

Halfway through the cool glass of white milk, he paused, wiped his mouth, and called Elisabeth. “What is milk?”

“Milk is a momma cow, for a baby cow. The baby cows get taken away so we can have their milk. The moms are sad.”

“Omelettes are chickens. And cheese is momma cow’s, for baby cows. The mommas are not happy. The baby cows…”

He could feel her being sad. He said “thank you,” and said, “see you tomorrow,” and hung up the phone and put it away. He didn’t like to be on the phone too much, since it sucked him in.

He opened up his favorite children’s books, but they all starred bulls and rabbits and toads and dogs and other animals, and he got sad wondering if people ate them when the books were over.

When his mom got home, she was tired. So he waited for awhile, and got her tea and had her sit down in her favorite chair and tried to massage her shoulders with his little hands. Then he asked her, “all my favorite books star pigs, chickens, cows. Why am I eating them?”

She looked up at him, and smiled. She loved education. All she said was, “good for you! You should ask more questions, and find out the answers.”

So he asked lots of questions.

He asked the butcher.

He asked his teacher.

He asked the milkman.

He asked the squirrels. They ran off.

He asked his dog. The dog patiently explained that he’d like to play ball.

He asked his brother and sister. They were too busy doing big kid things and said “later, Ham!”

He wrote the President, and asked her. He put a stamp on it and dropped it in the red mail box.

But most of all he asked Elisabeth. He asked her one question every morning on the way to school, and one question on the way back from school. She never seemed to mind. In fact, she seemed to get happy when he asked.

Finally, he knew lots more than he’d ever imagined. He knew that cows loved each other and didn’t want to be separated, or tortured, or killed, or other sad bad things. He knew that chickens were crowded together and unhealthy and rarely if ever got to see the sunshine or grass. And that little cute baby boy chicks were killed when folks ate eggs. And that cows and chickens and pigs were killed when they were still young. He learned things from people who knew that even though he was a little boy he had a big heart and a smart brain and that he wanted to be kind.

And he didn’t think any of it seemed kind and good. It was all sad and bad.

But because people told him things, and helped him understand that it might be sad and bad but it was good to know things, he was able to make a decision. He could eat happy and good food, and that made him happy. And he learned that if he had left over food, he could take it to the park and leave it.

“Yes,” his mom said, “but it’s better to share your good food (if it’s doesn’t have any bites in it) with humans who need it, if they want it. If they don’t want it, you can offer it to the animals. But don’t feed them too much. It’s healthy for them to eat their own food.”

“Maybe, she said, “but often it’s not good to feed them, so that they learn to keep flying south in the winter, which is better for them.”

“Yes,” his mom said, smiling to herself at her son’s kindness. He’d become so thoughtful, he wouldn’t throw out food. He’d read somewhere that Buddhas would always offer leftovers into the forest.

So he started eating “vegan” food.

And it was just as yummy. He liked granola and oat milk (that he could make himself, without any plastic packaging) and tacos and burritos and spaghetti and big salads with olives and pizza and ice cream.