What North Americans Get Wrong about Work-Life Balance.

I’m away camping for the summer. Please email back in September.

I have left the office for two hours to undergo kidney surgery but you can reach me on my cell any time.

While this may seem somewhat exaggerated, it does really encapsulate the truth in a nutshell. The difference is lifestyle and work ethic between the two is as stark as night and day.

This is one of my earliest memories of Germany: I vividly recall being totally flabbergasted when, as my husband and I decided to vacuum our car one weekend, Sunday morning to be precise, we received not only disapproving looks, but also a telling down from our neighbours. We were disturbing the peace and we should strictly adhere to the rules and not indulge in any activity on a Sunday which creates any kind of noise. It’s “Ruhetag” (loosely translated, rest day).

The matter didn’t end there. That logic was extended to retail shopping as well. You could not find any shops or shopping malls open on Sunday. The reasoning being, not only do people need to relax at home for a day, without rushing off to spend more money, but all the poor souls working in retail need some valuable time off to spend with family and friends—go hiking, relax in a park, hang out in a Biergarten, or simply unwind at home without any kind of pressure or stress creeping in.

At the time, I thought it to be backward and not prudent, depriving themselves and the economy of a much-needed boost—consider the amount of money that would have been spent in shopping malls and grocery stores if everything were open on Sundays! In hindsight, however, their policy of one complete rest day for everyone, makes perfect sense, leading to a much more robust lifestyle and work-life balance compared to their North American counterparts, who continue to pride themselves on being open seven days a week, with many out in search of the perfect deal at the Outlet Mall on a Sunday morning.

It’s not only the stress of leisure time, but more importantly, the work culture is such that it doesn’t allow one to switch off—one is meant to be accessible over the weekend and respond to messages, regardless of whether it’s during the work week or over the weekend.

In sharp contrast, I know from personal experience, in Germany, it was considered downright rude if you sent a message for work over the weekend. You could be sure you would not be getting a response before Monday morning, along with perhaps some dirty looks for deigning to get in touch outside of office hours!

What I find even more disturbing is how one’s self-worth seems to be directly proportional to tangible reward-based productivity. It’s almost as if North Americans feel the need to justify taking any time away from work, whereas for most Europeans, work is just one piece of the pie, but by far not the biggest or most important piece. They do not feel guilty for finishing work early, being home in time to play with their young kids, having dinner together, and then unwinding. This ability to switch off from work the moment they leave their office is instrumental in having and maintaining a healthy work-life balance.

Considering this sharply contrasting mindset, it’s hardly a surprise that virtually all of the top 10 countries on the world happiness index, having the best work-life balance, are European. They exude an aura of calm and being grounded—biking to work, taking proper lunch breaks (no having lunch on the go, or having a quick working lunch at their desks). In fact, for the last two years of our stint in Europe, we were living in a small town by the name of Herzogenaurach—its claim to fame being the home town of sporting gear giants Puma and Adidas.

To my utter amazement, I would see employees jog by for a midday run during lunch break, after which lunch would follow, before they eventually returned to work. They simply knew how to lead balanced, fulfilled lives and enjoy themselves every day, instead of burning themselves to the ground with just work, and more work.

According to the World Economic Forum, the average number of hours worked per week in the Netherlands for example would be 36, compared to a whooping 47-hour week for the average American. In addition, we have the statistics behind vacation days: Americans have the lowest average of barely two weeks of vacation days in sharp contrast to European nations such as the Netherlands, where at least four to six weeks of paid vacation is the norm.

How deeply this is entrenched in their culture is evident from these words by a dear friend and a senior Dutch manager, based in the Hague:

“You have only truly had a good vacation if upon your return, you have forgotten the password of your company login!”

In what has been claimed as the world’s largest ever trial of reduced work time and/or a four-day work week has been deemed an “overwhelming success.” The experiment, conducted in Iceland, involved more than 2,500 workers and covered a wide range of workplaces from preschools to hospitals, offices, and social service providers.

Workers in Iceland have been increasingly opting for a shorter working week after two large-scale studies showed that it led to a higher sense of well-being and work-life balance. Interestingly, it was also found that productivity either remained the same or actually increased in most cases, with people finding more time to run their errands, spend time with the family, reduce their general level of stress, and enhance social well-being. Other countries around the world, such as Spain and New Zealand, are beginning to follow suit, now running trials of their own.

I think the global pandemic has forced the world, and especially the North Americans, to take stock of their lifestyle, pause, and re-evaluate what really matters in life. In an earlier article, I had touched upon the importance of gratitude for wherever we are in life, acceptance of things as they are, safe in the knowledge that we are where we are meant to be, and I cannot emphasize this enough. It has been a big learning curve for me personally and I find I am a much happier person, more grounded, and much calmer.

In the words of the renowned organizational psychologist, Adam Grant:

“If people have to burn the midnight oil to get ahead, you’re fueling a culture of burnout. Sacrificing family, friends, health and hobbies isn’t a badge of honor. It’s a sign of an unhealthy workplace. In healthy cultures, people have lives beyond work”

As things start to reopen and we head back toward the pre-covid normalcy, I hope we carry the vital lessons learnt through this pandemic and slow down, not letting the madness of our daily routines cause a disconnect with our true selves.

Let us all try to seek satisfaction and happiness in the right places.

Some may still try to find it in money and material things; a designer bag or a Rolex watch may provide temporary pleasure, but true happiness is not about money and what it can buy.

Instead, it is about savouring what you have and being grateful for wherever life has taken you, instead of chasing one illusive goal after another. It is about enjoying the journey, being mindful of all the precious moments and experiences along the way, and not focusing on the destination. 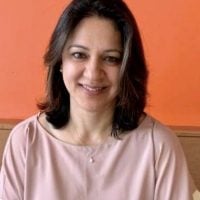