Are you Virtue Signaling or Really Giving a Care? Answer these 11 Questions.

This morning, I found inspiration in an unexpected place: the shower.

Nothing surprises me anymore, so I welcome it wherever and whenever it arrives.

“What if what people refer to as ‘virtue signaling‘ is really an efficient way of revealing who you are and what you won’t stand for and what you will take a stand for or against? What if it is a really good screening tool to see who is in alignment with your values? What if it helps you to avoid what I call ‘the thuds’ when you discover—after getting to know them—that your beliefs are the polar opposite of someone else’s? I’m all for people having different perceptions, but if people’s beliefs lead to words or actions that are harmful to others, then I draw a line. I’m not just talking about current topical controversary, about vaccinations and masking, but anything having to do with social justice.”

And a host of other issues that are forever unfolding. 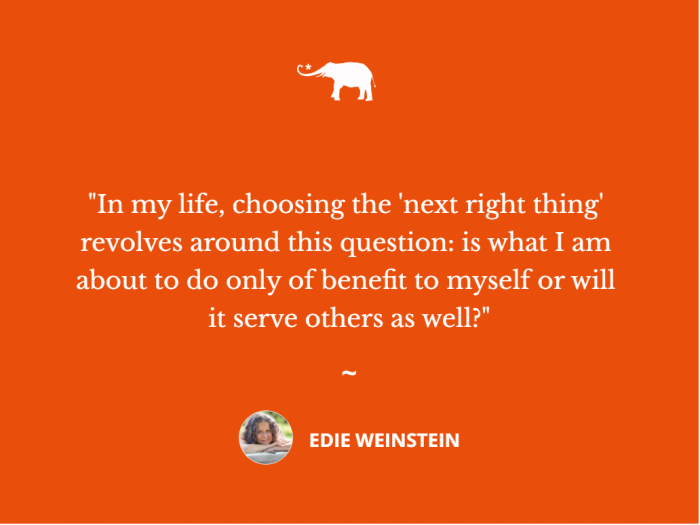 (noun) 1. the action or practice of publicly expressing opinions or sentiments intended to demonstrate one’s good character or the moral correctness of one’s position on a particular issue: “it’s noticeable how often virtue signaling consists of saying you hate things”

James Bartholomew, British author and conservative commentator, is credited with coining that term.

It’s based on the idea that anyone who speaks their opinion, calling out their perception that injustice is being done, is somehow pinning the holier than thou medal on their lapel.

As an admittedly biased journalist, I call it as I see it. There have been readers who have applauded and others who have given my words a vehement thumbs down, as is their right. I have been called a “libtard” and “snowflake” and have been accused of being unprofessional since I am also a therapist. I don’t name call or berate. I observe what I hear and see.

Virtue signaling carries with it a sense of image-building and trying to be fashionable. Not so here. It’s not posturing. I walk the talk as best I can. Do I want to be seen as an advocate for the disenfranchised and the voice for those rendered silent? Yes. Was Martin Luther King Jr. virtue signaling? Was Gandhi virtue signaling? Was Ruth Bader Ginsburg virtue signaling? Was John Lewis virtue signaling? Would I like to change people’s minds who claim that hate speech is merely their own way of expressing their dissatisfaction? Absolutely. Do I hold judgments when they don’t? I admit that I do.

A friend who read a Facebook post I had written on the topic had this to say about it:

“I agree. After years of reading, participating, and lurking on social media, I see virtue signaling call-outs as just another way to silence people for speaking their truth. There is a lot of presumption that goes along with pointing that finger. Presumption that the person does and/or contributes nothing toward the idea they support. Most people I know are doing good things in their communities. And many many people were raised with an ethos of do good, but don’t brag about it. Still others are legally bound to silence. What if one’s hands-on work in that virtue-signaling arena is past experience? Just because the person isn’t logging hours doesn’t make them an empty signaler. I’m for giving people a grace. You can’t vet everybody, but if one is inclined to show interest, a little inquiry can reveal a lot.”

I am reading a book given to me by my friend Ernie. It is called A life of Being, Having, and Doing Enough, written by Wayne Muller who is a renaissance man. Like me, he is an author, minister, therapist, and speaker. As I turned the pages, I sensed he wrote the book for me and countless others who feel that they can never do enough to mend the rends in the fabric of the world. Like riding on a spinning bike, I feel as though I am getting nowhere fast, at times.

He speaks of the concept of the next right thing:

“We make only one choice. Throughout our lives we do only one thing—again and again, moment by moment, year by year. It is how we live our days and it is how we shape our lives. The choice is this: what is the next right thing for us to do?”

In my life, it revolves around this question: is what I am about to do only of benefit to myself or will it serve others as well?

This is not coming from a place of grandiosity or holier than thou piousness. It is not coming from some belief that depriving myself is a noble gesture. I am astute enough to know that what each of us does have an impact on the entirety of the world. Call it the butterfly effect, whereby if a butterfly flaps its wings in one part of the world, it will change the weather in another. Eventually, what I do, in a pay-it-forward manner, will come around to me. It has to, since we are all intricately and inextricably interwoven. I also know that our thoughts and actions feed the collective soup pot.

Here are some values clarification questions to check your moral compass:

>> Do you vote with your wallet, refraining from purchasing products or using services that donate to causes that you find abhorrent?

>> Do you refrain from supporting companies that underpay and overwork their employees?

>> Do you align with elected officials whose policies heal or harm the planet?

>> Do you purchase items from independent artists, writers, and musicians?

>> Do you show up, stand up, and speak out for those who are voiceless or disenfranchised?

>> If you have a religious belief, do you practice it outside the structure of church, synagogue, temple, or mosque?

>> If you have said spiritual belief, do you use it as a weapon to control others who might believe differently?

>> If you vote for particular politicians, do they speak for you and your values?

>> If you made choices based on single or limited issues, and regret pulling a certain lever, are you now taking action to ameliorate any possible damage done?

>> Do you practice Tikkun Olam, which is Hebrew for “repair of the world?”

>> Can you look yourself in the eyes each night and know that you have given the world the best of who you are and sleep peacefully and with gratification?