My Healing Journey: A Peek Into my Inner Shadow Work. 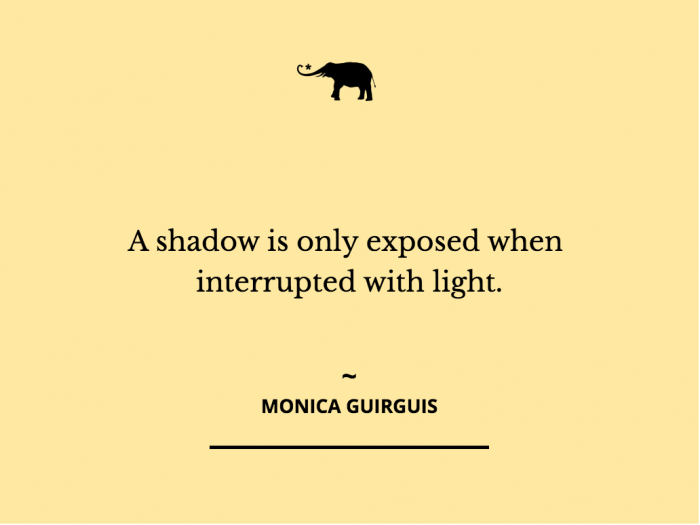 “I’m so excited to be with all my friends,” I thought, as I carried my lilac Jansport backpack into the church activity building where I was having a sleepover with my Sunday school class.

The girls chose the row of rooms on the right side and the boys the other, as my mom, one of our chaperones for the weekend, rolled out her sleeping bag in the middle of the concrete hallway between the two groups of hormones. There would be no sneaking around tonight!

As a middle school puberty-stricken preteen, I’m attempting with all my might to come into my own. Be me, as I heard from several of my favorite Disney channel shows. The difference between those shows and my life? Those kids weren’t being raised in my house.

As my immigrant Egyptian parents made clear, with and mostly without words, we were to assimilate to American culture up to the extent where it benefited us economically and religiously. Past that, all our ideologies and what we participated in were to be decided by our own orthodox religious texts and elders. For myself, included in that list of who to follow, how to live best, and where I can find my identity, was my parents. As I navigated who I was at that age, I had to factor in not letting too much “Westernized ideology” into my life.

At the sleepover, all of us girls gathered in one room, and if you were listening from the outside, you could hear one prominent voice amongst the group: mine.

During the exploration of being 12 and trying to find my voice, I experimented with the volume on loud often.

As the ringleader of my gang of friends, I proceeded with the usual bossing around, demanding who does what and when, and having to be louder than the last person who spoke. Through all my adolescent, high energy screaming and what sounded like a concrete frog jumping from wall to wall, my mom heard me from across the building.

A few moments later, there was a knock on the door to the fun portal of a good old-fashioned sleepover. I happened to be the one to go answer the door.

Without warning, I was dealt punishment for what I had done.

But what had I done after all? This was a question I would end up asking 20 years later.

At the time, I knew. This was certainly not my first time getting in trouble.

With one blow, I received multiple messages: shut up, stop being so loud, be more “ladylike.”

As an adult, those messages translated into: stay quiet, don’t let your voice be heard, stay small.

These messages were stored inside a part of me that many people define as their “shadow.” Shadow being the part of ourselves we cast away—reject. It is where lies we believe about ourselves have been posted up rent free for the majority of our lives. And oftentimes, they are created in a moment as quickly as in the story I just shared with you. They linger around until the opportune time when a situation you are in matches the energetic frequency it is frozen in time in.

Use my situation for example.

The message that I should be quiet and small, stored in my body, floating around like a message in a bottle riding on top of the waves. The force pulling the bottle in a certain direction is analogous to the event currently happening in my life, pulling the familiar message toward me (whether I’m aware of it or not!).

Like, when it came time for me to choose a romantic partner, I allowed the person in my life who didn’t want to hear me out when I expressed a need. Or when a boss wrote me up at work without good cause and I didn’t speak up for myself.

One of the reasons it is called “shadow” is because it can be hard to see and requires light to be seen at all. A shadow is only exposed when interrupted with light. Does a shadow exist if there is no light? I would answer yes and no, but argue on the side of yes. Yes, because our shadows exist whether we choose to acknowledge them or not. The messages floating around inside us from our shadows will continue to show up and speak any time they feel that what they have to tell us can be of use to protect or help us.

Instead of these shadow messages floating around without our knowledge, what if we picked them up, uncorked the top, and read what they had to say? Part the clouds, let the light through, and with both fear and excitement look at our shadows.

The result could be a never-seen-before realization of self. Or learning what direction to take to begin a healing process as it did for me. I learned that my starting position to healing was first talking to the girl who answered the door at the sleepover. When I did, she told me that being “too loud” was her way of playing, having fun, and exploring what her voice sounded like. What an incredible difference to the lies I believed about myself before.

I hope by sharing the coming out story of my shadow, you feel supported to explore your own.

Peace be with you on the journey. 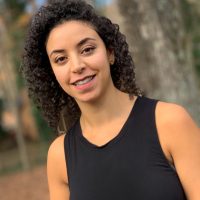 Monica Guirguis is a passionate, fun-loving, and natural born leader, raised in Atlanta, GA. Her curiosities in the sciences led her to receiving her Doctor of Pharmacy degree… Read full bio