Living in a patriarchal society, I was raised to obey my father and never raise questions since he worked hard to put food on the table.

A few years later, he passed away and left me all alone to discover men’s ways of thinking and living.

I know I am generalizing—which I never do—because I personally believe all men are the same—until they fall in love.

Growing up in a conservative family, I realized that their firm belief that I should not date a man who isn’t educated, doesn’t speak at least two languages, or have a nice car cannot be wavered.

However, the most mind-blowing criteria that sucked the life out of me was: “You shouldn’t date any man. He has to be a doctor or an engineer.” My mother thought that marrying a man with a title will make my life easier. He would help me lead a nice life because he’d be well-paid.

This scenario kept happening until I met my fiancé (I’ll write about him in another article).

This argument about rich men was stuck in the back of my mind, so I went hunting.

I dated a doctor, a very successful businessman, and an engineer, but I couldn’t cope with their lifestyle because all they thought and talked about was work.

I wanted to explore life and build a new one with that person; however, all they cared about was going to dinner, later to his house, and then…well, you know the rest of the story.

One day, I decided to date a man I actually liked, someone who doesn’t fit my society’s idea of a perfect husband.

I started seeing a hairdresser. What I was afraid of the most was to tell my mother about him. I was afraid she would lose her sanity, but I couldn’t lie to her or keep our relationship in the dark.

The hairdresser was fun, and we fell in love for a while. Until one day, he stopped returning my calls and texts. I was confused.

Later on, he called me and broke up with me because of the dilemma that, unfortunately, most men in my society suffer from or use as an excuse to run away: “I can’t be in a serious relationship. I need to work on myself and my future, and I don’t want you to take this tough road with me.”

Of course, I was devastated by the breakup and how it had happened.

After a while, I went out with an unemployed man, who was also fun, but we decided to go with no strings attached.

Eventually, I thought to myself that this is not what I’m truly looking for.

One random Sunday morning, I woke up, made a rakwa—a stainless steel coffee pot—of Turkish coffee, and sat with my mother. I told her that I had met different types of men of various social statuses, but I couldn’t tell the difference between them. They all want one thing: to take you to bed.

She started lecturing me and used the famous expression: “All fingers are not the same.” According to her, the problem was that I was not choosing the right person, and I was settling for the mediocre.

But no, mom. I’m sorry to tell you that, based on my experience, they are all the same.

They want you to be the calm one all the time, not to worry, not to nag, not to talk, not to call, not to check on them, not everything.

They just want to go out, have some fun, get drunk, then go home. And that is not how life should be.

I couldn’t pick one man who thinks differently and wants to build a healthy relationship on fundamental grounds. The most ironic thing I have heard is that men look for a woman who wouldn’t give them “headaches.” They want that selfless housewife who only cares for her children and husband, and ignores her own needs.

In my society, this woman is called “the spear woman,” the one whom men look for after they’ve spent their time with other women.

Women nowadays are not settling for the mediocre.

However, every woman is looking for someone who can carry her burdens with her, help and support her in every decision she makes.

Did the famous saying pop up in your mind?

Well, this saying goes both ways.

Women can’t stand a man’s childish actions, but at the same time, she finds parts of herself empty that need to be filled with innocent and pure love.

A woman wants to be with a man who knows her worth and encourages her to succeed and improve in life.

Men…you need to respect the time a woman gives to know more about you. Bare your soul for her instead of wasting her time for nothing. 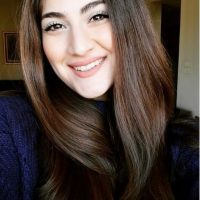 A self-made person, who life roughly taught her how to live and behave. Her personal experience in life has made her understand almost everyone she meets; it’s me Tanya.… Read full bio