Author’s note: this article was inspired by the witch hunt of Melanie Ann Layer during a recent radio interview where she was invited to talk about buying one of the most expensive properties in Montreal at only 33 years of age. Instead of being celebrated for this amazing achievement, she had her credentials questioned and her ability as an extraordinary leader scrutinised.

We might feel as a collective that society has come a long way in comparison to our ancestral past, and when I look at my iPhone, it’s easy to concur with that belief.

So it is with the deepest disappointment that I have witnessed that the modern-day witch hunt is alive and well, even in 2021.

The villagers of old have traded their pitchforks for media and slander, keeping the days of the witch hunt alive and kicking. Those days are not behind us when it comes to women with power.

Unconventional women have always made society uncomfortable. Women with knowledge and power even more so. 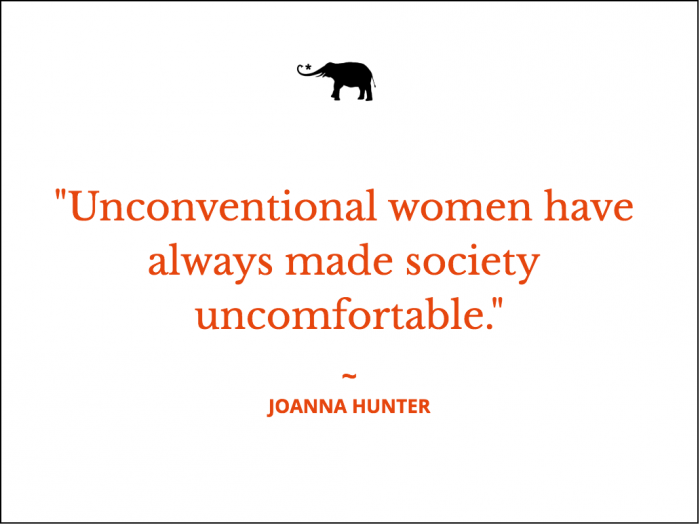 This new wave of witch hunt is not just directed at “witches,” but instead aimed at women who are unconventional. Entrepreneurs who do not lead by the rules that have been laid down—who do not conform to the unwritten standards of what society has claimed is acceptable for the pigeonhole it placed them in.

However, this time, as we experience this deep wounding of the witch hunt, we also carry the deep mistrust and collective wounds of the past witch hunts, which plunged humanity into the ignorance of the “Dark Ages.”

This is the witch wound; we all carry its heavy burden.

Just like the original witch hunts, these modern-day witch hunts are ruled by fear, mistrust, and the pointing of fingers, and the core has not changed in hundreds of years. Festering away at the centre is still just plain, old ignorance.

When someone cannot understand how someone has done something, instead of engaging curiosity, mistrust rears its head from the unhealed. “It must be a scam!” the ego shouts from the back; it ripples to the forefront of the mind where stories of how it’s not legit are constructed in quick succession.

When the witch wound is so unhealed in the collective of humanity, these unconventional women become the target. They are divested of their intelligence. Attempts are made to rob them of their power—their knowledge called into question. And worst of all, they are set up to fail by peddlers of the status quo.

We must remember these unconventional women are our mothers, sisters, daughters, friends, and neighbours. We must not let history repeat itself because a trial by the media for just one of these women is a trial for us all.

Unconventional women change the world. They have always changed the world. Their loss on this planet is what plunged us into the Dark Ages—a period in history called so because so little is known about it. So little was written at that time because the church controlled the narrative, burnt books, robbed society of knowledge and unconventional women where their number one target…they burnt them too.

Women of power and knowledge were systematically cleansed in a “matricide” that spanned the west world and beyond. During this time, women like Joan of Arc were burned, belittled, and killed in a myriad of ways after facing impossible trials; if she drowns, she is not a witch and will be pardoned in the afterlife. Unwinnable situations—in the name of what was “good” and “true.”

The cleansing is done by rejecting these incredible women’s accomplishments by shunning them in the media. A campaign of name-calling (dehumanising any woman who no longer follows the narrative she “should”) is often engaged. History seems to have taught us nothing. No war, genocide, or injustice was ever perpetrated against any population without a campaign of dehumanising first.

We live in a society where some believe it’s okay to hurt something that has been dehumanised first, like a “witch,” “b*tch,” or “scammer” (to list a few of the names unconventional women have been called). Curious that we, as children, were taught to fear witches—not the people who would burn humans alive.

But when all is said and done, only one question is truly important:

Who are you in all this?

The supporter of the unconventional, willing to stand with those who don’t always fit the narrative?

Or are you the one with the deep mistrust, letting your own unhealed traumas do the talking?

Or are you the not-so-innocent “villager,” pretending to be a bystander when saying nothing makes you complicit in one of humanity’s greatest crimes—the witch hunt?

Isn’t it time we heal this wound collectively?

The witch wound affects you if:

>> You fear putting yourself out there.
>> You fear speaking your truth.
>> You stop yourself from being seen.
>> You are distrustful of women with power and knowledge.
>> If you have ever felt persecuted or had the fear of being persecuted.
>> You need just one more certificate, one more credential, just one more official document to validate you and your abilities in the world—but it’s never enough.
>> You project your fear of “the witch” onto women who do extraordinary things and are quick to label such women in a dehumanising way.
>> You fear voicing unconventional opinions.
>> You fear the mob. 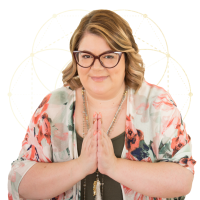 Joanna Hunter is a spiritual life and business coach, a lifelong psychic medium and the creator of My Million Dollar Experiment – the world’s largest metaphysical … Read full bio