From an Abuse Survivor: We absolutely Hate Small Talk.

“What you do during small talk:

It brought the infernal reality of chitchats to my mind: I hate small talk. I find it awkward, artificial, and uncomfortable.

And, as an abuse survivor, it can throw me into survival mode and tactics that support that survival mode. Often, as I have been engaged in talking about the weather with someone, I can slowly, but surely, feel myself dissociating, leaving my body, and traveling to the nearest amusement park so I can situate myself in one of those water rides.

Why do I do this?

I view small talk as blissful ignorance of the more important issues.

It’s triggering to me because of the original dysfunctional systems that damaged me. The systems were notorious for basking in their ignorance of the horrific abuse that was allowed to thrive and persist.

Small talk still didn’t address the destructive reality that was not being noticed, corrected, stopped, or healed. In fact, it often recreated and mimicked the abuse I survived. Small talk is easier to deal with than heavy life subject matter is.

Chatting about the weather or the lovely event we’re attending places no pressure on fixing anything that could make things riskier, more uncomfortable, and more painful for the status quo.

But let’s get real.

The “help” question is often what’s more relevant to us than the weather report. How many of us have been hurting, in agony, wanting someone to ask if we needed help? How many times did someone only respond with something we didn’t need or want, like discussing banal, trivial things which made us feel there was something wrong about us for not wanting to chitchat about inane topics?

I view small talk as a strategic way to dismiss something more shocking and toxic.

As I was dealing with a past unhealthy relationship, the person I was involved with repeatedly stated: “Change the subject,” whenever there was an uncomfortable topic or a confrontational moment. Things needed to be addressed, and this person absolutely refused to do just that.

Many times, this individual, as a way of deflecting, would start chitchatting about the latest pop culture scandal or a stranger’s haircut that they admired.

That set the template for my visceral reaction regarding the more important things in life. Not every person intends to create these unpleasant and uncomfortable flashbacks. Sometimes, yes, it is just about the weather.

As an abuse survivor, however, such small talk encounters seem to be reminiscent of the dismissive attitude toward something/someone that was hurting or violating me. I do my best with the small talk. But I frequently tense up as I am reminded of years of pain that only worsened with time.

Therefore, it is difficult for me to remark about how it’s cooler today than it was yesterday or someone’s cute chin-length bob.

I view small talk as a sneaky way to make the person wrong (enhanced by peer pressure).

Yeah, that’s what I often feel I experience with small talk situations.

And I can almost hear, usually in a sickly-sweet voice, the argument: “You’re being too sensitive.”

And then the rest of the village usually comes to pile on.

The town consensus? Why can’t you just make small talk?

Answer: because I often feel like this is just a creative way to make me the bad guy, the “too serious” person who just can’t “lighten up.”

Yeah, I can’t lighten up because I feel judged by the person with whom I’m chatting, who would be, by the way, shaming me for feeling like I’m being minimized, gaslighted, shamed, or wrong.

Feelings are feelings. No one gets to dictate terms of what is right or wrong for them, not the family, the clergy, the school system, authority positions, or a certain generation or age demographic.

Again, my visceral reaction is not positive about the small talk. I’ve tried to change it, force it to happen. I look like the character “Templeton” from the animated film version of “Charlotte’s Web” when I do so. It’s not cute.

And it doesn’t feel cute. Probably because I’m going against my authentic true feelings! And that is often what so many of us, abuse survivors, have been trained to do.

The sound of my screaming can probably be heard right now if you open your windows.

If you want to engage in small talk, that’s one thing. But to mandate that everyone should do likewise and be giddy about it is quite another.

It’s not everyone’s bag. Some people hate it. Some people get triggered and anxious about it. And making anyone wrong because they don’t “hop on” the banal conversation train with the enthusiasm of a lovestruck puppy is insane.

Not all of us are enthusiastic puppies. Some of us flinch. I guess that’s the consideration I’d like to propose here.

Be aware of the flinch then, please.

An Open or a Shut-Up Mouth?

Small talk can be a manipulative way to assert itself as far more important than the more real and brutal things we’ve been through in life. Like abuse.

And, sometimes, it can be weaponized to hurt, belittle, and silence. Keep talking about this not that. Keep ignoring the bleeding wound by putting the small talk Band-Aid on it.

Am I taking this too personally? Yep.

But that’s the point. As harmless as small talk has been portrayed, it can injure, re-injure, and traumatize those of us already gun-shy when it comes to human interaction and communication.

Part of abuse’s damaging impact is that, often, while we’re being abused, we may be told we actually are not.

And what can better exemplify the depiction of the coveted prettier image, the minimization, and the exalting of “other” over “us,” perhaps, more than that of small talk?

Yes, there have been plenty of conversations that have occurred in which there was no harm, no foul. There were no wicked ulterior motive, scheme, or plan set in motion. Lots of small talks have occurred without murder and other major felonies being committed.

However, small talk has the potential to make its participants feel unheard, unseen, unvalued, unloved, and unimportant. Humanity can often be sacrificed for the sake of “good conversation.”

That tells me why, then, I often cringe in its presence. 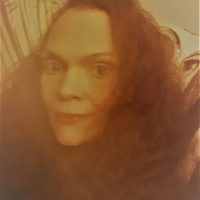 Sheryle Cruse is an author and speaker who tackles food, weight, value, and image issues that are often found within disordered eating. She explores these topics, writing for … Read full bio