Losing the Closest Person to my Heart taught me how to Honor the Life I still Have. 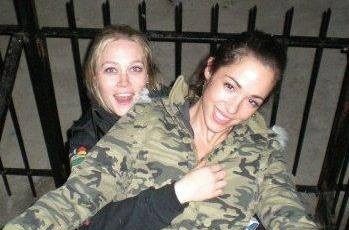 Forever means that before, now, and always will I recognize your soul.

Your other half and my missing half made us whole.

I lost you on this very bend, on this lonely road, eight years ago. We were supposed to see the world, but our story was put on hold.

Soon was the very next day when I got the call that I refused to believe was true.

You didn’t see me, but I saw you laying there like an angel without a single bruise.

The doctor said there was no activity in your brain and that you would never be the same again. I had to watch you take your last breath while they all said it was for the best.

The hand I was holding once belonged to you, and now there was nothing left.

It was impossible to say goodbye while keeping the promise I had made. I said I’d love you until the end, my friend, but forever doesn’t fade.

The end is never near when it comes to loving you because I will love you eternally. My soul could never forget you.

I waited as the helicopter flew in all the children you had saved. You and I became organ donors when we turned 18.

The doctor brought in the priest, and we all held hands around your bed. I heard him say you were watching us all as the prayers were being read.

“What the hell is happening?” I heard a voice say inside my head. “This is not possible; my best friend is not dead.”

She was life itself, full of laugher. She was the meaning of love. She was the only real proof I had in this world that there was a God above.

Why was he taking her away? What did I do wrong? If this was the music I would hear in my heart from now on, I wanted another song. I wanted another second to hug her carefully. Just one more selfish minute, just her and me.

My moments with her were unplugged, and I was forced to let her go.

Against my will, I released her warm hand before it could turn cold.

I did not want to remember her that way—lifeless and vacant. I was alone with what was left of my sister and my new tattoo Just Cuz.

Just cuz I love you, I can’t let them forget what you did. You changed my heart as I followed the path from the map we drew as kids.

The bucket list we made had almost been completed. You always told me it wasn’t life that would leave me defeated.

It would be me and only me that could ever stop me from living our dreams. So it seems you’ve challenged me to find out what that truly means.

I have brought you with me to 12 countries. I have scattered your ashes from mountain tops and in all the seven seas. I have sprinkled you on monkeys in Malaysia, in the Trevi Fountain. You’ve become a swan in Iceland and spent Christmas with orphans in the Philippines. We made it to Belgium. I put you in duff beer. I cheered you to some football players you would insist that they played soccer if you were here. I left you on a bridge in Spain and found you again the next day.

You were in the sand. I’m sure it was a perfect place to stay. You ran in a ring with bulls in Costa Rica, and a locust landed on your jar. You became a cricket in Hong Kong “just cuz” of how annoying you are. Singing the same songs over and over again. I never thought I’d miss you singing the song that never ends.

Are you happy in Hawaii? I brought you to Honolii. We went looking for Puff, the Magic Dragon who lives by the sea.

I know you loved Mexico; the whales came out to play. I hiked a hill in Rosarito so you could rest on a giant statue of Jesus for the day.

I let you float on a leaf down the Mississippi river while I was there. You are hanging off the Brooklyn Bridge at a Harlem barber shop and in Times Square.

Did you like the way a tourist volunteered to lick you off the ground? He was sad for me when I spilled some of you. He was happy I brought you around.

Wasn’t it funny in England? All the squirrels were looking for you “just cuz” you’re nuts. They ate you up, and I laughed because they had a lot of love inside their guts.

I liked when you were with me through all my ups and downs. I know it’s you that continues to help the silence become a sound. A new song, the one I hoped for long ago. So I wanted to take this time to thank you for helping me grow.

I didn’t know what true love was until it was taken from me. Nobody can tell you when it’s time to let go, so I won’t ever, my Lacey Lee.

I wrote my heart out so the world won’t forget you.

I thought that to be a bigger tragedy. I’m lucky to have had the honour of being loved by you so completely. I’m blessed to be able to carry you with me on our journey.

But what I really wanted to say to you is thank you for dreaming with me. 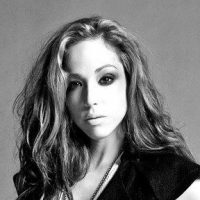 Alisse Andrews plays a lot of chess and hides in the trees. She befriends the winds and says goodbye to the leaves. She is constantly changing and trying to figure out who sh… Read full bio