A Lesson in Letting Go (& 4 Things to Throw into the Metaphorical Burn Pile). 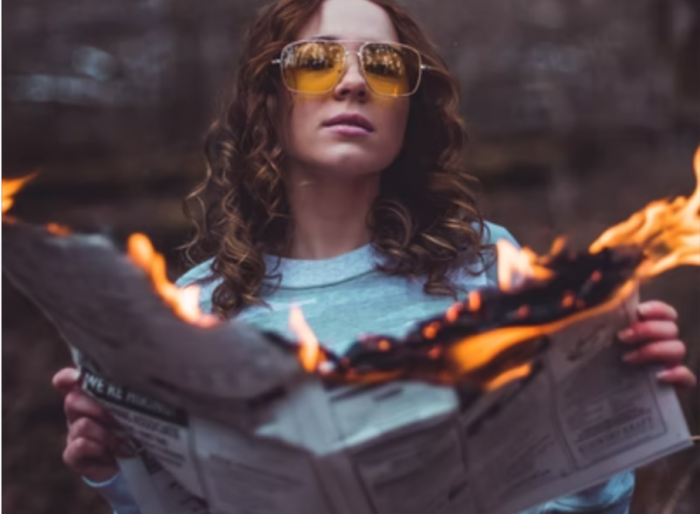 There’s a ritual out in the country that fascinates me.

Several times a year, farmers will round up their stuff and stack it together in a huge pile. Boxes, pallets, broken furniture, and miscellaneous other stuff accumulate in remote corners of these wide, open spaces. Then, when the wind and the humidity are just right, they will set it all on fire and just burn it.

It reminds me of the time when we used to burn leaf piles in the fall when I was young. While the scent was warm and earthy, someone along the line discovered it was actually bad for the air quality, and so, it was made illegal.

But out in the country, I guess it’s still legal. And that signature scent brings back all sorts of memories (though I do worry about the air quality issue). Watching a huge pile burning recently, I resisted the urge to get marshmallows and chocolate for s’mores, and just gazed at the rising flames and smoke wafting into the fading light of the early evening.

It got me thinking…wouldn’t it be great if I could put all my metaphorical life garbage in a pile, burn it, and just go on—unencumbered, lighter?

The first thing I would put on the burn pile is Regret.

The woulda, coulda, shoulda. I would have done things differently as a young mom, knowing what I know now. I could have been wildly successful as a freelance writer if I had put myself out there more and sooner. I should have been more courageous and insisted on majoring in theatre, despite my father’s protestations. Blah, blah, blah. As one of my favorite yoga teachers has taught me, a better mantra is “I am here now in this.” How about just being here now and move forward? Regret, you are ashes.

The next thing I would throw on that pile is Worry.

Are my kids okay? Is our country okay? Is my beloved family okay? (I have a huge extended family, so there’s always someone to worry about.) But I’ve learned that worry doesn’t help anyone and can actually do harm to me by interrupting my sleep, making me run down, and giving me worry lines (horrors!).

A better idea is to hand it over. Let go, let God. My father used to get angry when we would worry. “Where is your faith?!” he would ask. When I was going through some especially hard times when my kids were young and my mother was ailing, I would feel overwhelmed and hopeless, as if I was drowning in worry…until I remembered my father’s advice, and handed it over and “burned it.” I sent my fears and worries up to God to handle, at least for a few minutes. Whenever I was wise enough and faith-filled enough to do that, miracles would happen. Special people would come into my life and turn the tide of worry. It was remarkable, really. So, Worry, I burn you.

That old standby, Resentment would have to go on that pile, too.

Like everyone else, I’ve been hurt. In setting a torch to resentment, I release bitterness and hurt and, in the rising smoke, I feel forgiveness and freedom. Resentment is a heavy burden to carry around. Okay, I pick it up again every now and then, maybe just to remember how heavy it feels. But that sucker belongs on the burn pile. It’s just too heavy. And life is too short to carry that crap around. Burn that mutha down.

Just to keep the fire burning, I’d throw a big log of Self-loathing in there too.

I hate myself for hating myself sometimes. The other day, I was excitedly getting ready for a fancy gala to honor my beloved aunt-in-law when, much to my horror and surprise, I discovered that four of the five dresses I tried on were just a little too tight. One by one, I peeled them off my fleshy body as my disgust and self-loathing started to rise. Then, I started hating on myself for hating myself. “What the hell is wrong with me?” I thought. “I’m bigger than this!” (About a size bigger. Ouch.) For the love of God, I am too damned menopausal, hot, and tired to care about sizes and all that crap. Self-loathing, I am pouring kerosene on you to make sure you go up in smoke.

And so, while large burn piles are no longer legal in the city or suburbs, I invite all who read this to have a little metaphorical burn pile. Now that our backyards are all fancy from the past year of primping, we can all put little pieces of paper with our life garbage written on it and burn them in our backyard fire pits. It’s the perfect time to clear out the BS and make room for gratitude. And, it’s a great time of the year for s’mores too! 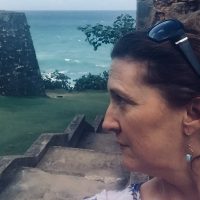