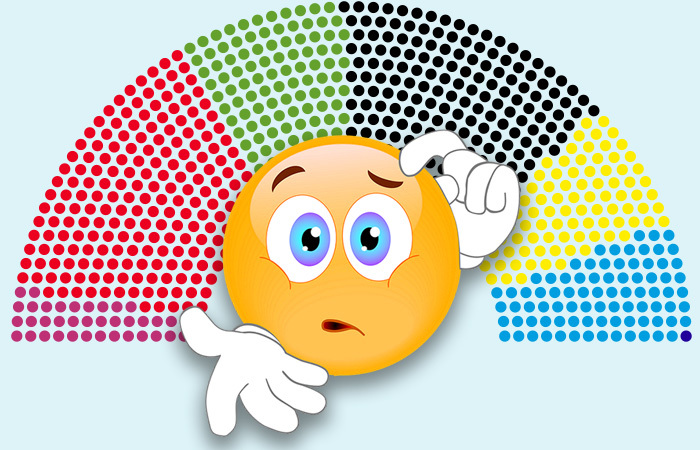 Social democrats took the top spot in the German elections, but Conservatives could still lead the next government.

That doesn’t make any sense, right?

Here is the situation: Social Democrats (SPD) and Conservatives (CDU) are both able to form a coalition to make their candidate the next German chancellor.

As explained in this article, no party can govern on its own, so the big question after the election is, “Who will get along with each other?”

After the election, there are basically two realistic options left for Germany. One of these options would make Armin Laschet, who is responsible for the worst result of the Conservative Party in German history, the next chancellor. Sounds super weird, right?

It is important to note that young German voters actually voted for the two parties who will decide about the next government: the Greens and the Liberals (FDP).

And that’s where toxic masculinity comes to play.

The Green party is led by Annalena Baerbock, who was already facing misogynistic attacks throughout her campaign and already admitted it was partly her fault that the Greens ended up far below expectations. At the same time, Christian Lindner, who leads the Liberal party, already presents himself as the big winner of this election.

And Mr. Lindner is in good company with his buddy Laschet from the Conservative party, who has the self-confidence to think about forming a coalition with Liberals and Greens after a landslide loss. At the same time, Lindner already sets a bar for Social Democrats and Greens that is far too high to form a coalition.

It’s power politics at play—and that is basically another term for toxic masculinity. When one side plays fair, and the other uses dirty tricks, who do you think will prevail?

If Liberals really decide to block a traffic light coalition and Greens give in and become part of a Jamaica coalition with their biggest enemies, I will lose all my faith in this party forever—and I won’t be the only one feeling this way.

Earlier this year, I was running for the Green party as an independent candidate—and to be honest, I feel that there is a huge gap between the frontrunners of the party and their base. There is a pragmatism among these leaders that I would call opportunistic at best—and that needs to change, in my opinion. 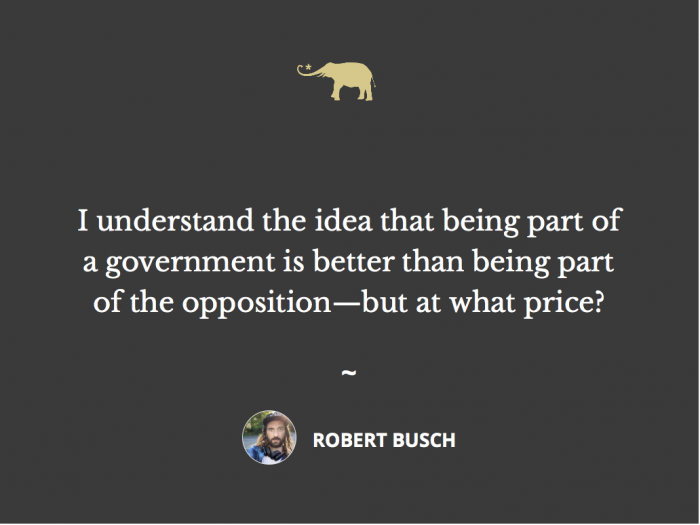 Just because Liberals block a traffic light coalition, it doesn’t automatically mean that Greens have to give in and lift Conservatives into power. It’s a smart but dirty move of Liberals to set the tone in coalition talks, but it’s only possible because the Green party presents itself willing to become the peacekeeper of German politics.

From a moral standpoint, it was right to make Annalena Baerbock the top candidate, despite Robert Habeck being far more popular than her. Habeck presented himself as incredibly loyal toward her, but it is hard to deny that it might have been a mistake not to run with him on the ticket.

And I hate myself for writing that.

I would have loved to see Baerbock become the next chancellor, but unfortunately, the campaign slogan of the Green Party that translates into “ready, because you are ready” actually proved the opposite: Germany is not ready for a 40-year-old Green woman to become chancellor.

German media and public opinion kept bashing her for tiny mistakes while her opponents got away with far bigger scandals—and I strongly feel it had something to do with her age and gender.

The Green party did nothing wrong, in my opinion, but lost the election because of choosing a woman—and that is the saddest takeaway from this election.

If Laschet becomes the next chancellor of Germany, toxic masculinity prevailed.

If Mr. Lindner and Mr. Laschet pressure the Greens into joining a coalition, even though Social Democrats won the election, it will be hard to explain to future generations of voters.

After the last elections, it took five months to form a coalition—and it looks like it will take even longer this time.