My take on Patriotism after Growing up in Germany & Living Abroad. 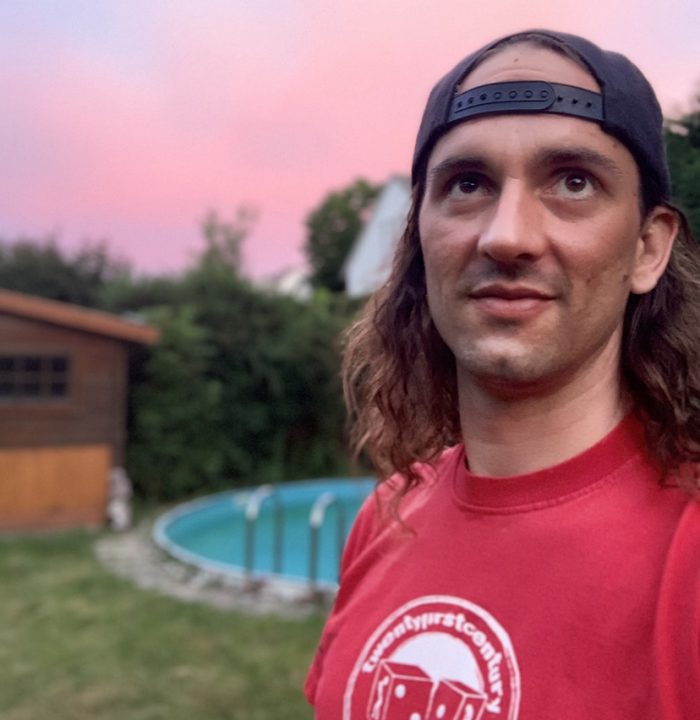 Watching the yearly 4th of July celebrations always makes me think about Patriotism and the concept of nations itself.

What do you feel when seeing the flag of your home country? In my case, it makes me cringe—I am German.

But I do understand that people in other countries feel different about their heritage. The French are proud of their language Italians love bragging about food, and folks in the United States almost see it as a duty to be proud to be American.

And I get the part that, as humans, we need some sense of belonging. I only question what we use to identify ourselves.

Almost every country has a history of things not to be proud of—as you can imagine, that goes particularly for Germans. But as we see in the heated exchanges around Critical Race Theory (CRT), there is also awareness around this topic in the United States.

Some folks say that they don’t feel responsible for past generations and their crimes against Black people. As Andy Horning puts it beautifully in his book Grappling: White Men’s Journey from Fragile to Agile: it is not our fault, but it is our responsibility to do better.

I really like that idea. It perfectly describes that a person born in the 80s is not responsible for things that happened decades or centuries ago—but there is a responsibility to use the advantage based on heritage to empower others who are less privileged.

We can also apply this logic to achievements. There is no doubt that the United States is on top of the world when it comes to innovation, technology, and personal freedoms (yes, there is room for improvement)—but how much did we do for that to happen?

My point is that being born in a particular country is not an achievement itself—it’s not in our hands. And unfortunately, it is also kind of excluding others.

When I was living in Costa Rica and shared particular perspectives with American friends, they would say things like, “That’s a pretty German perspective. I don’t take advice from a nation that killed millions of people during the Holocaust.”

That hurts, and it doesn’t make much sense to me. I studied political science and probably spend more time reading American literature than many folks living in the United States, so how does the passport I am holding make any difference in the validity of my thoughts?

I would never call all Americans racists just because I see Trump supporters spewing hate on the internet. And I give the same credit to folks from other countries. I was living in Morocco for some time and found out that the average Moroccan person hates terrorists even more than the most diehard Trump supporter. And guess what, they also spent a lot of time thinking about solving this problem.

Every country in the world has folks who do good things and folks who do bad things—but nationality is not a defining character trait. What defines us is the community we grow up in.

Today, we see folks raising their children abroad, and countries like Germany have a population with more than a third of citizens coming from a migrational background—and that’s not much different in the United States.

I feel that the challenges of our time, like climate change, the ongoing pandemic, and poverty, are global issues. At the same time,  I notice that problems like racism happen within our communities.

Racism is something that needs to be addressed in our communities. It’s nice to see politicians, celebrities, and other people in power raising awareness on a national level, but the real action happens in our daily lives. How are we able to offer the same chances to everyone regardless of their skin color? How do we protect folks from getting discriminated against?

Let me give you an example of this: when I was a teenager, our local soccer team in Frankfurt, Germany, had a bad reputation for their fans. Many of them associated themselves with patriotic ideas, but there was also a movement of younger fans who stood up against that. Within the last 20 years, the image of the club changed. Frankfurt was the only German team last year that decided to play in jerseys with a “Black Lives Matter” print on them. The president of the club said that anyone supporting the right-wing party “AfD” (also known as the German Trump party) is not welcome to be a fan or member of the club.

And you know what? I am f*cking proud that I am a part of this community. Of course, I was not the determining factor in all of this, but I was a part of it and stood up for my values every time I would see someone in the stadium insulting migrants or foreign players.

This is just one example of how we can make a difference within our communities and be part of the change we want to see.

But when it comes to climate change, a worldwide pandemic, or poverty around the globe, there are no national solutions. The “America first” approach of Donald Trump failed and created more problems than solutions. No country in the world can solve the challenges of our time without cooperating with other nations. We are literally all in this together, no matter where we are from.

As someone who has always been a stranger to national pride—not only because I am German, but also because I have a migrational background and experienced racism on the receiving end as a kid—I feel that nationalism never solved any problems in history, but created several horrible wars.

I know that right-wingers in the United States use “Globalist” as an insult, but I don’t see it as an insult at all. I feel that humanity has to take the next step in evolution and recognize that we are all humans who live on the same planet.

At the same time, we need to let go of the type of patriotism that creates a feeling of superiority.

If you are proud of your heritage, that is fine with me, but cherry-picking doesn’t work. We can’t be proud of the good things while ignoring the problematic parts.

If the United States manages to overcome hate, divisiveness, and everyday racism anytime soon, that would be something to be really proud of—and we can all play our role in making that happen. But I feel that we can’t take credit for being born somewhere.

Until we achieve that, I would suggest that we focus more on our local communities and educate ourselves when it comes to different perspectives and situations around the world.

Once we start seeing folks living or growing up in other countries as brothers and sisters, we can work together and not against each other. There is a lot we can learn from other cultures when we are willing to let go of an identity that is based on a nation—because we are so much more than that.