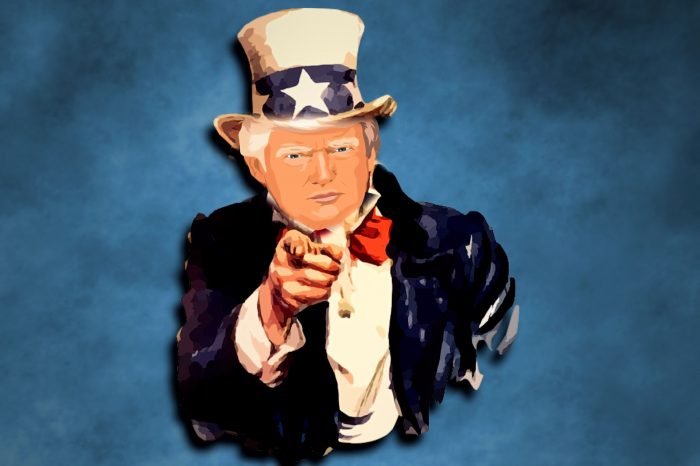 I am not a citizen of the United States, but I feel deeply connected to your beautiful country.

When Trump is referring to the greatest nation of all time, I am not opposing him on that at all. But, I would rather talk about what made America an outstanding country throughout history.

Recently I wrote a few critical articles about the Trump administration, but, make no mistake, I have a lot of respect toward the home of the brave. Not everything is perfect, but at times it was pretty close to that.

In my perspective, the United States always represented ideas of unlimited opportunities and progress through innovation. A country with migrants from all around the world that offers a fair chance to everyone who works hard and believes in their dreams.

Overcoming past mistakes and creating a better future for all citizens—no matter what they look like, believe in, or stand for—is the America that I adore. Sharing scientific progress with the world and helping other countries to overcome poverty, disease, and suppression are the main qualities that justify my calling America the greatest nation of all time.

I was born in Germany as the son of a Bulgarian mother who grew up in a communist country. At school, I was taught about the brave war the United States’ soldiers fought against the Nazis. And how the allies freed our country from the tyranny responsible for the worst atrocities in modern history.

My mom told me about the break down of the Soviet Union and the lack of freedom she grew up with in Bulgaria.

America has liberated parts of the world from authoritarian leaders and helped to reshape these regions into democratic societies. My life would have been quite different without that effort, and I will always keep that in mind when criticizing anything about this amazing country. Just because it could be better, doesn’t mean that it is bad.

When writing about United States politics, I get accused of “foreign interference,” and I am told to shut up. Please recognize that I don’t intend to hurt anyone’s feelings or damage the reputation of the country that has given me so much.

Almost everything I love comes from America: technology, music, movies, and the right to live life to the fullest. My favorite bands are from America: NOFX, Pennywise, Social Distortion, Sublime, and many others associated with American counterculture. These are the things that taught me English and shaped my view of the world. These musicians are heavily criticizing the American Dream, but that is not the main point. The inspiring part is that they can express their opinions through their art. Freedom of speech is the peak of civilization and made all of that possible.

I want to quote Ronald Reagan on that:

“America is a shining city upon a hill whose beacon lights guide freedom-loving people everywhere.”

We can debate how to run a country, and we will disagree on many things, but we should never forget what makes the United States the home of the brave. It is the ability to bend but not break; it is the opportunity to chase our dreams and respect others for their dreams at the same time.

My freedom would not exist without the brave soldiers who fought in World War II. The ability to travel the world and find my own truth is derived from the liberty brought to Europe by foreign intervention. You will always be my friend, even during the times when we disagree.

Friends help friends when they are struggling. I am your friend, and it hurts me to watch values and ethics be thrown out of the window and replaced by a new form of nationalism and arrogance toward minorities.

I miss the strong friend who guided us throughout history. I wish that scientific innovation could benefit everyone on the planet again, and I hope for the voices of reason to prevail in the next elections.

“America First” is not what made the world a better place; it was the ability to build alliances with others and offering an idea that is more powerful than any authoritarian leadership. Democracy and free markets are the results of cooperation between nations, led by a functioning role model.

Can we go back to that, please?

The great heritage of American history that Trump talks about has its roots in being the first nation to abolish slavery, implementing freedom of speech, and learning from past mistakes. The greatness derives from the willingness to use resources to help others. That outstanding role in the world is also based on the scientific breakthroughs that are happening in universities all across the country. Inviting researchers from all around the world to benefit from these institutions, but also welcoming their input, is what makes the United States such a special country.

Can we go back to that?

Opposing science, questioning the separation of church and state, and dividing the nation into righteous people and “the leftist mob” is not what made this country great. It is the other way around.

We can disagree on many things, but this doesn’t mean that we have to hate each other. The competition between ideas is a source of progress and should not be replaced by the authority of a real estate showman who divides the country more than ever.

“A house divided against itself cannot stand.”

The house is not one country anymore, it is the world we live in, and we are much better off when we remind ourselves what made the United States great. With that in mind, we could truly “Make America (and the world) Great Again.”

I would love nothing more than that, but until that day, I will use my limited resources to remind you of all these things.

It might hurt at times, but remember, I am always your friend.