I was Depressed & didn’t Realize it—Here are 4 Signs I Missed.

“If I accelerate fast enough and remove my seat belt, the crash will surely kill me.”

I still remember myself snapping to reality the moment that thought crossed my mind. It was as if my soul slapped me hard at the back of the head and called me stupid for even thinking about it.

I stopped at the side of the road, shivering, sweating, and mostly wondering where was I. The last thing I could remember was leaving work, after celebrating my students’ exam success. We had spent the evening laughing while I was sending them away to the great unknown for having completed their final year.

I was supposed to be happy, but I was not. Instead of being happy, I was in the middle of nowhere, because I had driven on autopilot—lost in some kind of trance wanting to end it all.

In the months that followed that incident, I visited a therapist wanting to know what had led me to that moment. I could not define myself as having depression. It did not fit the image I had for someone being depressed. I laughed a lot, I cheered a lot, I hung out with friends—I was looking after myself. Surely I couldn’t have been depressed.

Reality was that I was depressed. I was just too good in reasoning my mood to myself that I kept pushing it aside until it burst in asking me to die.

1. I was always working

In the past months, I was always too busy working. For me it was understandable. I was newly single and with my own tutoring school so what better way than to focus on my work and source of income? I was self-employed, but rather than making time for myself, I kept giving myself more and more work to do. I had students both in the mornings and afternoons and if there wasn’t a law in my country against schools being open on Sundays, I would have worked too. If I wasn’t sleeping, I was working or correcting papers. Working had become my excuse for not confronting my feelings.

2. My energy levels were high…

I remember sleeping a maximum of four hours every day. I remember myself wanting to exercise before classes and then laying in bed awake till the early morning hours.

3…but I was always tired.

On Sundays when I had no excuse for working and I was supposed to be socialising or doing my hobbies, I was tired. I felt weak and wanted to sleep. I had no energy to do any of my hobbies, but I reasoned that this was a price I was willing to pay to become successful.

4. When I met with friends, it was always to be supportive of their troubles.

On the rare occasions I would meet with friends, it was always to listen to their worries. When asked about my life, I had become an expert in telling them I was fine, happy, and that since I was content, I had nothing to share.

While I had reasoned myself to be okay, I was suffering. My pain, though, was just high functioning, my therapist explained. I had buried it all down till it exploded. I was just lucky enough to have snapped out of it the moment I did.

Five years have passed since that night. I had to rewire my brain to think differently, to share my troubles, and recognise my patterns of pain because they do creep up on me sometimes and they last for a few days before I realise they exist.

Yet, every time they last less and less, and so I can think of my future as more bright and hopeful now. 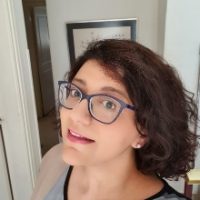 Katerina Constantinidou is an English language teacher living in Cyprus, an island in the Mediterranean split in two after a conflict 47 years ago.  When she’s not teac… Read full bio