Why having Hard Conversations is Essential to the Health of your Relationship.

They’re young, attractive, and their zest for life makes them appear to have just stepped off the pages of a glamour magazine.

Motorcycle rides up the 101, camping among the Redwoods, and weekend getaways in Tahoe—they are living their best life and wearing it well. If it isn’t love I see in their eyes then shame on me for calling myself a romantic. The thought of these two not spending their lives together is sacrilege. But as I scroll through the photos on their wedding site I couldn’t help but ask myself, “What makes them think it will last?”

I won’t deny that question reeks of bitterness and a jaded view of marriage, but what I really want to know is: have they thought about it? Or do they even care at this point? If they love each other, support and cherish their friendship, and respect the relationship by being open and honest, they may never have to consider “What if?”

It’s right up there with “what if I were to die first?”—which was always the question that would wreck me. Whether it struck in the middle of the night and left me clamoring to fall back to sleep, or on the long train ride home after a frustrating day. It never occurred to me that I should have asked, “What if we don’t last long enough for it to be a concern?”

For the same reason you see your doctor once a year to assess your body’s health, asking the hard questions of yourself and your partner should be like an annual exam for the health of your relationship. As uncomfortable as it sounds, there is no better way to begin than to jump in. Let your honesty lead you. Trust that your veracity won’t let you down.

It’s never a guarantee but, like regular health check-ups, the chance of a communication breakdown is greatly reduced when you voluntarily scrutinize the shape of your affairs. Not unlike the onset of a chronic illness or debilitating disease, symptoms that masquerade as a minor discomfort can, in fact, be a harbinger worth paying heed to. That feeling of doubt that you just can’t shake is not going to go away if you ignore it. Talking about it isn’t a cure-all, but it is a path toward thwarting a larger problem.

Sure, we had fun, made each other laugh, and were best friends, but just because things appeared copacetic from the outside, it didn’t mean there wasn’t an affliction lurking below the surface. It was as if not talking about it meant it wasn’t real, but it definitely was. We never learned how to broach the subject…and the longer we went on this way, the further we diverged. When I found out that she cried herself to sleep many nights agonizing over what to do, my heart broke all over again. How f*cked up is it to realize that after 10 years together, talking about anything and everything, and not knowing how to start the conversation, would be the death of us.

It takes two to tango.

You’re not singularly responsible for managing the health of the relationship. Talking about where you’re at and asking how they’re feeling is an obligation that you both share. Personally, I was not checking in on my relationship in that way. Neither was my partner. I thought my intuition was stronger than to let a bit of distance during a pandemic go undetected as the symptom of a bigger problem. But, in hindsight, if my partner’s happiness was starting to waver and she was afraid to talk about it with me, the elephant was in the room long before we got around to discussing it.

Whether we caught the malady early and, with proper treatment, were able to avert the relationship’s passing will always be a question in my mind. Maybe it would have only bought time and the relationship was bound to run its course. But at least when you go deep, get vulnerable together, and ask the questions that only feel right once said aloud, you meet on level ground. No one is caught off guard and you may actually be able to support each other through its demise. It’s not easy for either person. Through my experience, the only thing harder than accepting that it was over was trying to understand why. 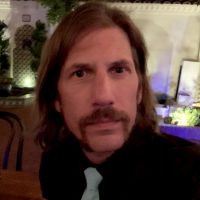 Gregory Mytych: I can’t remember when it happened. Was it one specific moment or something that blossomed over time? Regardless, somewhere between adolescence and adulthood… Read full bio