Love on La Rambla: An Unlikely Love Story between Strangers. 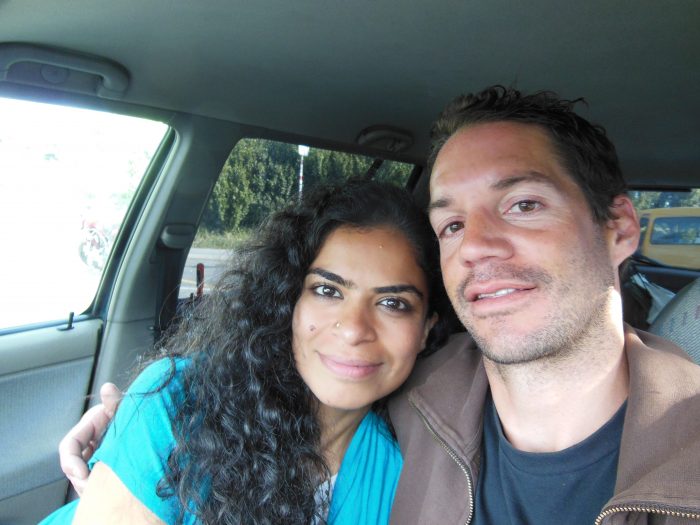 Our paths would’ve never crossed—his and mine.

I was recently single, excited about a life unencumbered.

He was looking—for a wife to have his kids and make a life together.

He was a climber, a wild mountain man, an almost hermit.

I was a city girl—”a Delhi girl,” his friends would warn.

The first time we met, I was wearing a skirt and I shook his hand.

He remarked with a chuckle, “So, you’re a modern Indian girl.”

I didn’t get the reference until much later when he showed me “his India.”

It’s been over six years now, but I distinctly remember—we met outside Cafe Zurich in the center of Barcelona.

He’d just gotten off a boat, and I’d had one of the best days of my life thus far.

I remember when we first met it was awkward. I didn’t know what to talk about. You see, this wasn’t a chance meeting of two wanderers as is wont to happen in the escape called travel.

Oh no, this was a calculated match unbeknownst to me.

I’d met our mutual friend Sara in India, a tall Italian chicca; we rescued strays—hungry and seeking love on the streets of India. Italians are much like Indians; and Italians who’ve lived in India? This is what they do.

She found herself soon in the lap of the Alps, working with a lady whose brother was a wild mountain man, Stéphane. And so, Sara, she decided to direct her own mini-Bollywood plot. While sitting in the Alps, this Italian chicca, she had an Indian girl and a Swiss shaking hands in the heart of Barcelona.

He didn’t have a place for the night yet.

I said, “Well, I have an empty bunk bed in my hostel room.”

I asked him if he could walk, for my hostel was awhile on foot, and I was a walker.

He said, “Yeah,” with a soft, knowing smile.

He was a mountain man; I did not yet know.

All I knew was: “I’m Stéphane, Sara’s friend from Switzerland.”

We walked down La Rambla.

It was June; the night was getting chillier.

In classic, as if scripted style, he offered me his jacket off his back and took out a thinner one for himself.

He had shorts on and, me a skirt. It was cold and late; we brisked our pace.

It was an old building, a backpacker’s nest. I finally found my way there, refusing to use the map; it didn’t go unnoticed.

I was already in love—with this cheery Catalan city, it’s air, it’s orange trees by the sidewalks, and an array of eclectic architecture.
And the lovely Catalans (Oh no, don’t call them Spaniards, please!), whose warmth made me at home instantly.
My first day in Barcelona and I had planned a life already—a job, a little home in the Latin quarters, vegan cafés saved by my Happy Cow. Ah, and yes, I would barter Spanish language learning at the school where I’d teach English.

Back in the hostel, I offered that Stéphane could sleep in the bunk bed above, since I’d already paid for the whole room.

And that he did.

I don’t know who slept first. I was on the lower bunk and not the snoopy sorts.

I slept early. I had to plan forward the rest of my Spanish sojourn.

I had many more miles to go.

Next morning, he had found the terrace.

He laid out a table—toasted bread, butter, preserve, honey, some generic cereal, and milk.

He offered me a golden toast with only raspberry preserve. Sara had told him I was vegan.

He asked me, “What you like to see in Barcelone today, Sukrit?”

(They never say the last vowel in the French language; I learnt to adore that in him. Also, his limited English skills made me smile till his last breath.)

I knew I had to see the old Latin quarter.

He said he’d guide me around—you see, he’d been there a lot and spoke good Spanish, not that it mattered to me.

We walked through cobblestone lanes, mazes of lanes! So narrow, you’d need to flatten against the ancient walls to let a cyclist pass.

We found, in the heart of this Spanish city, a cozy pizzeria, run by two Italian brothers and a Pakistani chef. Ah, Barcelona, you amaze me even more.

We walked more, through almost the whole city. Gaudi’s house, a secret hiking trail, and then Castell de Montjuïc—a magical hill that provided a panorama of the entire city.

I got us some freshly squeezed orange juice and we lay down on the grass by the castle. We looked up at the blue sky and talked some more about life…actually, I don’t really remember what we talked about. He did ask me a ton of questions. I was amused. And thought he was just curious about the Indian girl in the skirt. Meanwhile, I was distracted by my Spanish dreams.

We were side by side, looking up at the sky, a decent distance apart, I made sure. I think we napped awhile.

Many months later, he told me he was sure I was flirting with him that day. I just smiled and let him live with his version. I remember how lost I was that day—in the blue sky, the smell of fresh oranges, forgetting there was an almost stranger lying two feet away from me.

We walked some more; it was dusk already, and cool too. But we were better prepared.

We talked about dinner. I had tapas and paella on my mind.

He dragged me to this tiny shack of a restaurant in the narrow back alley somewhere—they had the best samosas in town, he said.

I felt three drops of cold rain on my already frizzy hair. He told me to run for he hated to get wet in the rain.

I learnt, as life progressed, that rain was his sworn enemy. He always used to say, “Allon dans la direction du soleil.” “Let’s move in the direction of the sun.”

I protested; I didn’t want to eat Indian food on my two-week trip to Spain. Heck no! He said he always ate samosas when he passed through Barcelona.

We had samosas with sweet red chutney and green mint sauce, and he had a mango lassi too.

The tone was set, our dynamics clear; I realize as I write this, six years hence.

We laughed our way back to the hostel—he dared me to find the hostel without my map. I did. He did? We did, maybe.

Night two. He had the top bunk. I was below.

But that’s not how it stayed…for I like to be on top.

He had an early morning flight to Geneva and onward to the Alps.

I still had another day in this magical city before I’d go there too—not to meet him, no. To meet Sara and her two doggie girls in a hamlet in the Alps.

He wanted to leave softly, not to wake me up. He was gentle but I was a light sleeper.

Backpack by the door, he was zipping up his toothbrush case.

We said goodbye, and he kissed me tenderly.

Alone, I went to see the Sagrada Familia.

The next day, he came to pick me up at the airport in Geneva; he insisted, said Sara.

He stood there, with his shy smile.

The six-hour journey to the Alps was a lifetime in itself, one that I still wonder—was it real or a daydream?

We ate melons by the icy blue lake, Lac Leman—the Swiss call it; the snow-capped peaks witness to the start of an unlikely love story.

I spent the next two days with Sara, Maya, and Chicca.

And then I headed back to India, with afuture unknown.

Stéphane and my story didn’t end here, there were happy times that came.

His soft, shy gaze etched in my eyes.

His rough, callused touch still seared
in my neck and shoulders and arms and…

His deep, curious voice with broken English,
“What mean this, Sukrit?” rings in my ears.

We never made it to the altar, but he kept his vow of “till death do us part.” 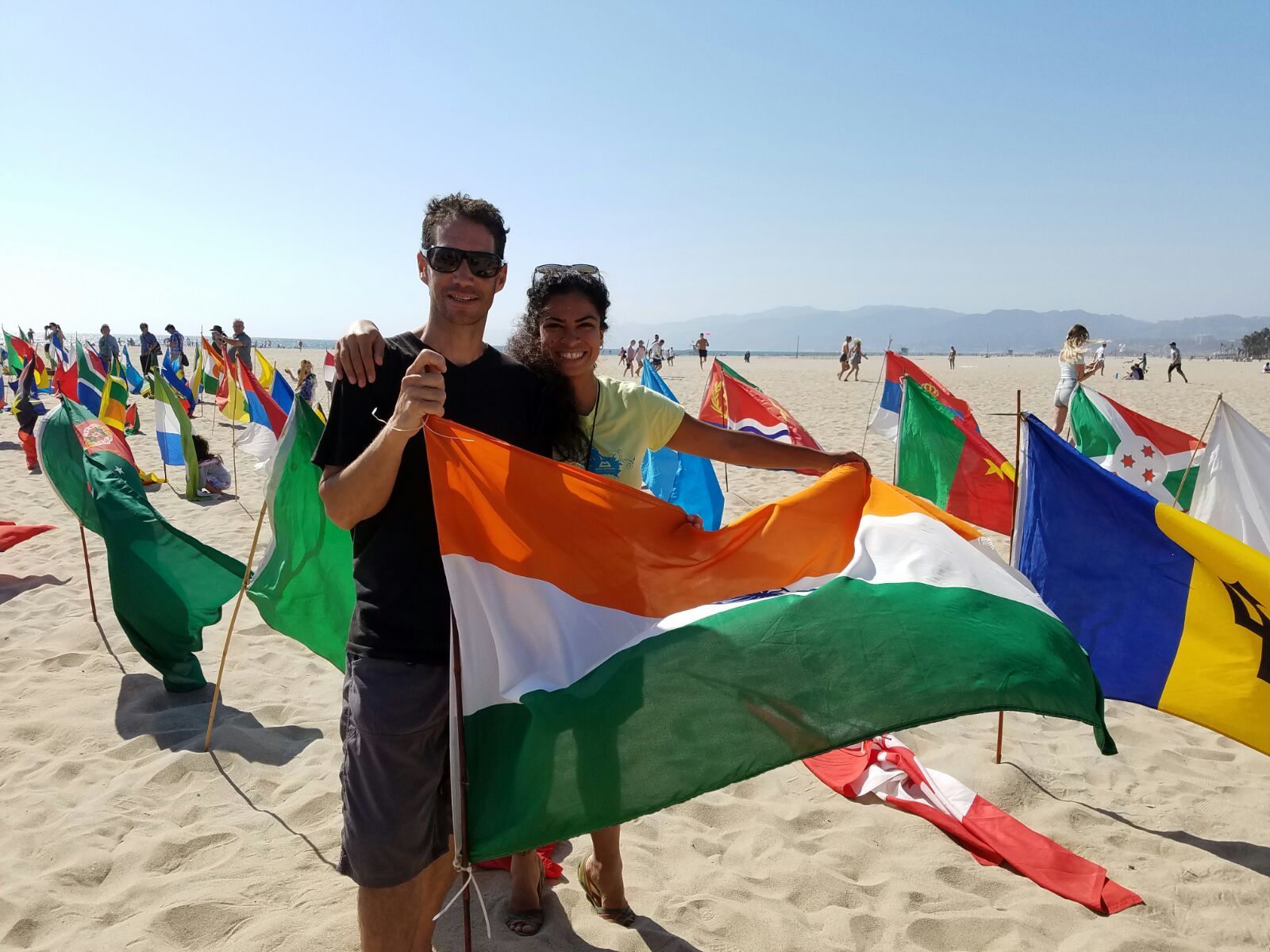 Sukriti Chhopra is currently based in New Delhi, India after a few years of nomadic living. She writes, edits, and coaches writers. And feels she is a better coach than an edi… Read full bio

What this Scene from “Good Will Hunting” teaches us about Intimate Relationships. Moving on is Messy, Hard, Beautiful, & Brave—it is All of This. Practicing Non-Attachment following the Death of a Loved One.
See relevant Elephant Video