How my POTS Diagnosis Changed my Life. 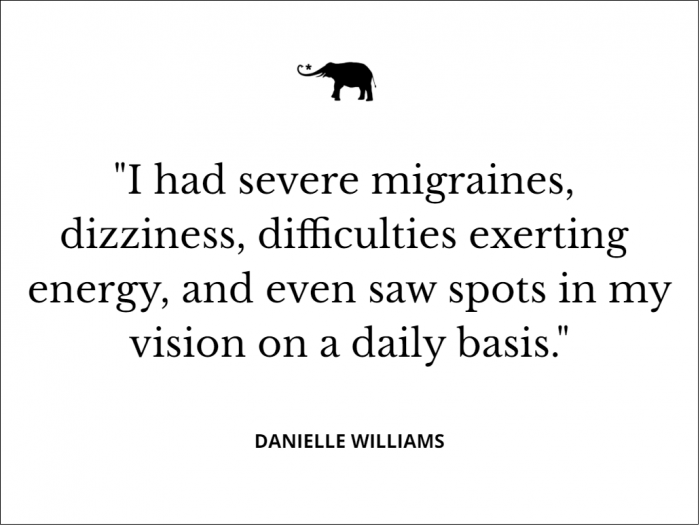 At a young age, I never felt quite right.

For as long as I can remember, I dealt with things that I thought were normal, only to later find that was not how a healthy person lived.

I had severe migraines, dizziness, difficulties exerting energy, and even saw spots in my vision on a daily basis.

I will never forget the day my sister told me what I was experiencing was not normal. From there my parents became extremely concerned and I quickly began seeing doctors. I had no idea the uphill battle I was facing and the frustration, exhaustion, and hopelessness became overwhelming quickly.

Being that I was 12 when my medical endeavor began, I often found doctors telling me how I was feeling. Doctors would say it was all in my head, nothing was wrong, test results came back normal, and they weren’t sure how to help me. My parents helped me to push past their doubts and they could tell something was truly wrong.

It was approximately four years of going to specialists and random doctors all over the state I lived in before finally traveling out of state to Mayo Clinic. It was there that they quickly diagnosed me with POTS, visual snow syndrome, and chronic migraines.

After being validated with a diagnosis, I quickly realized that I hadn’t been advocating for myself as I should have. All those doctors who told me I was perfectly healthy were completely wrong, and they were wrong for making me feel like I was the issue. From that point on, I promised myself I would never allow anyone to tell me how I feel.

POTS is a complicated diagnosis because it is a syndrome, meaning that the condition consists of multiple symptoms that occur, sometimes all at the same time. Some of the symptoms I felt on a regular basis were light headedness or dizziness upon standing, brain fog, headaches, diarrhea, blurry vision, increased heart rate upon standing, shakiness, exercise intolerance, fatigue, nausea, and vomiting.

When I was first diagnosed, the Mayo Clinic informed me that the severity of the syndrome could vary depending on the person. Initially when I was diagnosed, my symptoms were able to be managed quite easily. I increased my sodium, began a specific daily exercise regimen that concentrated on strengthening my heart, and increased the amount of water I was drinking. I lived a relatively normal life with a few restrictions.

Exerting too much energy was a key factor to exasperating my symptoms. I found if I was “doing too much” I would feel heart palpitations, light-headed, and nauseous. Often times, if I were to try to run for example, I would vomit after just a few minutes. As time passed, I learned what helped me feel better and what made me feel worse.

For a solid few years, I had my condition under control, before things began to decline. I was told at the time of my diagnosis that some POTS patients could grow out of their diagnosis; I, however, was not that lucky.

Flash forward to age 23: I had graduated with my bachelors and had a career path starting out as a social worker for the Department of Child Safety. I felt like I was accomplishing everything I wanted in the time frame I wanted to despite my diagnoses. However, about a year into working, I began to feel my symptoms flaring more often than I was used to. I’m not positive what caused the change, but I do know that I was working a stressful job and I have since been told that stress can be a huge trigger for symptoms and flare-ups.

After two years of working as a social worker, I was forced to stop due to my health decline. I began seeing more doctors at the Mayo Clinic and was diagnosed with multiple other chronic conditions. I am now 29 years old and have been legally disabled for two years.

Though I certainly wish I was healthy, POTS changed my life completely. I would never have found out my other health issues without first being diagnosed with POTS. Some of my conditions are sub-conditions such as IBS, migraines, and neuropathy. Other conditions I found out about after completing tests following my POTS diagnosis: such as fibromyalgia, anxiety, persistent postural perceptual dizziness, and visual snow syndrome. I learned so much about my conditions by being a patient to so many different doctors and I learned how to advocate better for myself with each visit.

POTS taught me how to take control of my life. I learned that though people may mean well, I am the only one living with the conditions and I know what is best for me. I know now what is most important to me and I am able to prioritize things in my life and spend my energy doing things I love.

Knowing what an invisible illness now looks like, I am a much more empathetic person and I always give people the benefit of the doubt. I’ve learned how to find the good in every situation and live in the moment. My diagnoses have taught me to appreciate the good days and know that the bad days will always pass.

This may not be the life I had hoped for, but I am learning to make the most of the cards I’ve been dealt. 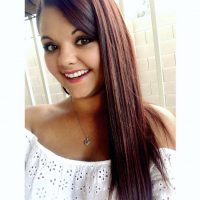 Danielle Williams is 29 years old. She is a wife, a daughter, a sister, an aunt and a dog mom. She has multiple chronic health conditions, and she is learning to appreciate th… Read full bio