Wrong: The Historical Importance of Not Respecting the opinions of others.

The Facebook post read: “Everyone just needs to respect other people’s opinion about Covid and the vaccines…don’t be an asshole.”

On the surface, this seems like a fair request. Who can argue with being open-minded and respectful? Shouldn’t we try to avoid conflict? Isn’t everyone entitled to think differently?

Indeed, the world would be a boring place if we all thought the same way, but our thoughts about facts do not change those facts.

You can choose to believe that the sun’s rays won’t cause cancer but your skin’s cells are not protected by your opinion. Likewise, you don’t need to understand how vaccines work in order for them to protect you from serious illness or death. Reality exists outside of our interpretation of it.

This is why the climate crisis requires the facts to be respected and acted upon quickly if humanity is to survive. Climate change is a matter of fact that is often misrepresented as a matter of opinion. Respecting the opinion of fossil fuel companies, that they are entitled to burn coal and oil indefinitely, could kill billions. Thus, it is no longer an opinion worthy of respect.

It can be fun to theorize about who shot JFK and why, but we should at least be in agreement that he is dead.

Amazingly, it was only last month that a crowd of several hundred QAnon conspiracy theorists lined the streets of Dallas, awaiting the arrival of his (also long dead) son, JFK Jr., in the hope “he would begin the reinstatement of Donald Trump as president.” Given both father and son have been deceased for decades, the crowd was left sorely disappointed.

The Dallas collective was suffering from a mass delusion, and although no one was hurt in this incident, their departure from reality is disturbing. If they can stray this far from the truth, how much further can they go? We learn from history that once reality is dismissed as unimportant, people are capable of terrifying things.

The Nazis were under the delusional opinion that they were the superior race, which in turn encouraged them to view Jews, homosexuals, and the disabled as lesser humans. They began to refer to these minorities as “useless eaters” who were “life unworthy of life.” The Nazis pushed their own pseudoscience “eugenics,” to convince the German population their theory was legitimate. This was a strongly held belief that culminated in gas chambers and concentrations camps. Fascism was “just an opinion” until it manifested as genocide.

If you can convince a population that your opinion is fact, you possess ultimate power. This is why Hitler is quoted as saying “let me control the textbooks and I will control the state.”


Donald Trump doesn’t currently control the textbooks but his influence on modern media is unmatched, which is arguably much more powerful. Since losing the 2020 election, he has been repeating the same big lie—that he and the Republicans were robbed of victory. There have since been court cases and recounts that have proven decisively that Joe Biden won. Yet, for many millions in the United States, reality is being dismissed in favour of passionate opinion. To “respect” these opinions would mean ignoring election results, which in turn would mean the death of American democracy.

This is not an attempt to equate those with concerns about the vaccines with fascism. These are examples of just how dangerous it is to leave some opinions unchallenged. In other words, none of us have to blindly respect the opinions of others. Often, it is vital for the greater good of society that we don’t.

Ironically, it is the anti-vaxxers themselves who do not “respect the opinions of others.” If they did, they would not dismiss medical experts or the billions of people who have now taken the vaccines without issue. This is their defining feature: they want their opinions and “alternative facts” respected and everyone else’s tossed aside.

Is it a fact that some people have negative reactions to vaccines? Yes. Billions of doses of various vaccines have been administered and a statistically tiny number of deaths from allergic reactions have been documented. Many people misrepresent this data as proof of a nightmarish outcome when, statistically speaking, it should surprise no one. Risk is inevitable and demanding perfection is unrealistic. Do we expect to have millions of cars on the road without any road accidents?

To compare the vaccine risk, consider that more than 99 percent of people on earth can enjoy peanuts without issue yet for a fraction of us (less than 0.5 percent) ingesting them can be fatal. This doesn’t make peanuts “evil” or “experimental” or a creation of Bill Gates. Of course, eating a peanut won’t save your life whereas we have proof that a vaccine could. As of writing this, Covid has already killed 5.1 million people and permanently damaged millions more. How many of them believed their “natural immunity” would protect them? Did it? A recent study put “overall population-wide risk of death after the diagnosis of a Covid-19 infection” at four percent.

By 2022, the world’s population will be eight billion, of which four percent is 40 million. Either we embrace vaccines or risk tidal waves of needless death. Taking action to prevent that much pain and suffering (even if the action itself contains a modicum of risk) is reasonable. The opinion that vaccines are bad is not worth 40 million lives. We don’t close surgeries because some people might die on the operating table. An imperfect option is often the only one available.

History proves that dangerous opinions are eventually overwhelmed by education and decency. Slave ownership, once celebrated in the Western world, has been outlawed. In the UK, a husband could rape his wife without consequence—until it was made a crime in 1992. Conspiracy theorist, Alex Jones, will now have to face the consequences of his harmful opinions; after years of publicly claiming the Sandy Hook school shooting was a “false flag operation,” multiple judges have ordered him to pay damages to the families of victims. Civil rights, gay rights, animal rights, trans rights, environmental protection laws—these are all less than a century old.

Humanity, for all its faults, cruelties, and tragedies, wants to improve itself. And slowly and unevenly, it does, by confronting what it knows to be indecent, dangerous, and untrue. 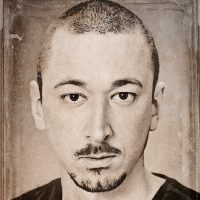