Why we don’t Need a Cure for Alzheimer’s—& What we Need Instead. 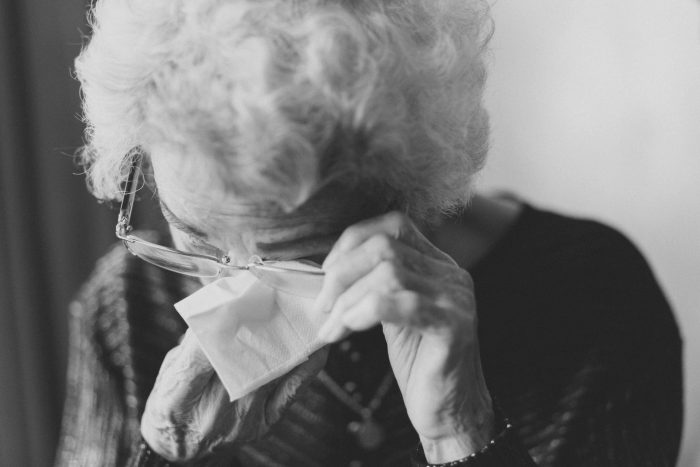 My mum’s dying of Alzheimer’s.

She’s been dying of Alzheimer’s long before we knew that she had the disease. She just started behaving weirdly, and then more weirdly and then even more weirdly, until things came to a head, my dad took her off to the neurologist, and then we finally had the confirmation of all our fears.

She wasn’t being forgetful; she wasn’t absentminded. Instead, she was violent and abusive, and it was heartbreaking. Now, just five short years later, she’s bedridden and totally unresponsive, but her beating heart is essentially dead to us. And it’s beyond heartbreaking.

My mum is 75; that’s not old, and it’s not as old as I hoped she’d become, but old enough to have had a full life. Old enough to have enjoyed adventures, had experiences, and really lived. In her endlessly practical and no-nonsense way, she also said that “three-score years and 10,” i.e. 70 was “a good innings,” and she’s gone five years beyond that, so she’d be happy to die—this I know.

She wouldn’t want money spent on a cure for a disease for the old, as she would put it, and I agree. I don’t think we should be researching a cure. I think we should be taking women’s health much more seriously in order to catch the upstream interference that leads to Alzheimer’s.

We know, thanks to more money and attention pouring into the field of women’s health, that there are risk factors that aggravate the underlying probabilities of developing degenerative diseases of all kinds, not just of the brain. But those get little limelight in the rush toward the glory of being able to proclaim that we’ve conquered a disease that is as big a scourge as Alzheimer’s. And I think that’s such a shame.

Because these degenerative diseases start in puberty, or pregnancy, or menopause. And yet, how many of us women, at those precise, pivotal stages of our lives, have felt like we’re going crazy because the relevant health professional or designated specialist fobs us off with the stark choice of elective surgery to remove the irritant, or over-the-counter drugs to treat the irritant? Or, in an attempt to be more holistic, asks the all-encompassing questions:

Are you stressed at the moment?

Are you happy in your marriage?

Questions like these, whilst well-meaning, bypass and invalidate the complexity of our unique situations, not because we’re high-maintenance, not because we’re complicated, and not because we’re special snowflakes. But instead, because we’re hormonal, cyclical creatures who are finely balanced and precisely tuned, and yet, we’re never seen and treated as such by the traditional medicine’s catchall methods and medications.

So what else can be done?

For each of these pivotal stages of development, I’d rather pubescent girls be educated about chemical-free sanitary products and the benefits of an active lifestyle, rather than being shoved toward birth control pills and apps that teach them to calorie-count.

I’d prefer to hear about postpartum depressed mums being treated via their gut where we know the microbiome can have a huge influence on moods and mindset, rather than being prescribed anxiety meds and being encouraged to get more rest, exercise, fresh air, and so on. And essentially being abandoned with their newborn.

And then for all those over 35 (because menopause probably starts around then), I’d like to see women benefit from personalised prescriptions for their hormone imbalances, inflammatory conditions, and incontinence issues, to name just a few, rather than being given a broad spectrum hormone patch, or having to tough it out through the trials and tribulations of their infamous “change of life!”

Personally, I’d rather fund innovative and sustainable methods that help women better manage their low self-esteem, lack of confidence, and depression, which is so widespread, and yet is still so taboo, and is still treated with run-of-the-mill antidepressants, anxiety meds, or traditional talk therapy sessions that may be only partly effective. I would know; I’ve tried them all.

And then you know what else I’d really like instead of a cure for Alzheimer’s?

The universal “Right to Die.”

Because my mum has been in an unresponsive state since 2020, after a very slow and painful decline. What that means is that when we visit her, she doesn’t move, doesn’t speak, doesn’t react in any way to any stimuli whatsoever. But for her chest rising and falling slightly, and sometimes, when her eyes are open and staring blankly ahead, you would mistake her for dead.

The rules say that we’re not allowed to actively end her life, that we must let nature take its course. What that means is that my dad who visits her once a week is slowly dying too, as are my brother and I. The long mourning is interminable, and the failure to have closure means that we’re all trapped in a horrific purgatory—of the kind even Dante wouldn’t be able to imagine.

We don’t need a cure for Alzheimer’s. Or, if we do, we need to pour just as much time, effort, and money to preventing the causes of degeneration and inflammation, and then a robust legal framework that can end the suffering for all when the disease has killed but death has still not come. 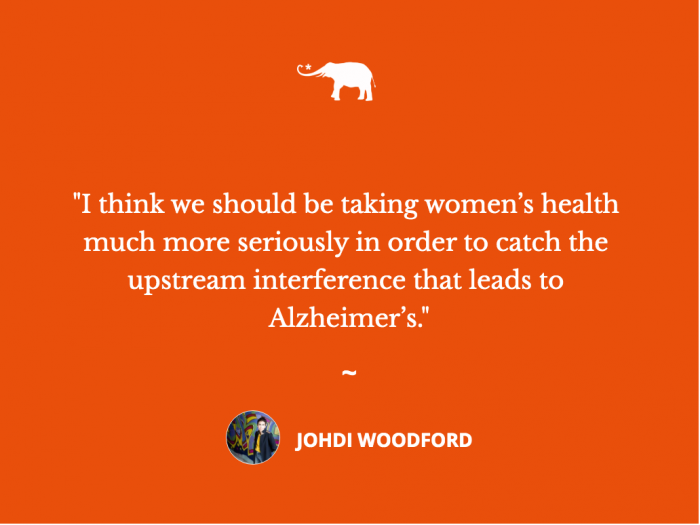 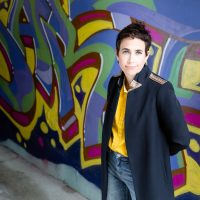 Johdi Woodford is a Women’s and Gender Expansive’s Health Activist which means that she is on a mission to challenge the way that you as a person who’s over 40 looks, fe… Read full bio