Staged or not, Wrong or Right—Are we Missing the Most Important Lessons from the Smith-Rock Saga?

So that’s why he felt comfortable joking around with them pic.twitter.com/lHD4MRb2HD

Call it what you may, this situation highlights much more than what’s on the surface.

I’ve come to realize many things over the past couple of days. One thing that bothers me is how this episode is taking up all of our attention. It’s insane! Everybody’s trying to explain their point of view and voice their opinion on who’s right or wrong. At the same time, we’re biting each other’s backsides because we disagree or think we’re more enlightened.

We’re perpetuating the situation. In the meantime, those involved aren’t losing their money or status. In fact, it’s already come up that Chris Rock managed to cash in on this for his new tour according to Fox5Atlanta and NY Post. Will Smith’s also unlikely to lose anything.

Staged or not, wrong or right, people are missing the most important lessons to take from this situation. Society hasn’t learnt anything from these issues. Let’s break this down.

Chris Rock made a bad joke. Well, it’s beyond that. It was more than highly insensitive; it was downright bullying. Bullies love to make fun of the vulnerable and defenseless—even children. Jada isn’t a child or defenseless. It’s not just about her. The vulnerable person’s identity, level of vulnerability, social status, or gender doesn’t matter; the problem is the act of bullying that’s being done to them.

It’s not just the bully who’s in on this. As spectators, we laugh because society has taught us it’s funny to make fun of vulnerability. Even those who don’t sit comfortably with it can fail to react because they’re waiting for someone else to deal with it. Here’s an example of what that sort of behaviour can mean: Kitty Genovese was raped, stabbed, and killed near her home because the neighbours who heard her cries for help thought someone else must be doing something. Nobody even called the police. Someone might say this is an overly dramatic example. It isn’t. This is just how serious the consequences can be.

Bullying humour doesn’t just hurt the target of the joke, it normalises and makes allowance mistreatment of people.

Many say Will Smith displayed “toxic masculinity” by resorting to violence. They say it could have cost him millions if Chris Rock pursued legal action. These are the issues people raise? The slap certainly was the most dramatic moment. That said, I don’t know what it really was. Assuming it wasn’t theatrical, he had reasons to be angry; this was not the first time Chris made fun of Jada at the Oscars.

Smith’s also been in some pretty vulnerable places. Nobody going through tough times appreciates mockery of themselves or their family. Whether defending his wife or kids, this sort of thing can happen in a moment of anger and frustration. Nobody’s perfect and we’ve seen much worse. Am I condoning violence? No. I’m pointing out the potential human issues and vulnerability behind his reaction.

Many focus on the violence and judge him for failing to be the bigger man. Yes, he should have been the bigger man, but not many people manage to do that. Also, Smith’s reaction doesn’t make him evil. Calm down, everybody. Not everyone who reacts on impulse is an abuser, that requires a history of abuse. I’m not saying we need to compile a life of abuse to prove someone’s abusive, but a one-off reaction to provocation—and it was provoked even if indirectly—doesn’t make an abuser.

It seems hypocritical that we’re so mad about the slap. Are we sure we’re really against violence? There’s plenty of violence and war going around the world. What are we doing about it? How much do we judge actual full-blown global violence compared to a snippet of somebody getting slapped? Are we invested in learning what’s actually going on around the world and making our stand against it as much as we have in this situation?

Don’t worry, Smith, Rock, and Jada will be just fine. Though not unimportant, theirs is not the biggest issue. Bullying is. It claims lives of young people and adults around the world.

Another Elephant Journal article notes what many consider male toxicity in Will’s behaviour is actually an issue of men’s disrespect toward partnered women. The disrespect manifests when men feel they can get away with it because women’s partners don’t bother to take sides with their women, to protect their honour.

Another article explains how Smith has come to put himself in this position because of his own experience in a domestic violence environment when growing up. It’s beyond me how people can think that women don’t need protection because they can speak up for themselves. Sometimes the issue is beyond the point of standing up for oneself. At the end of the day, we are social people and we need one another. Prioritising individuality in this context really opens the way for abuse and disrespect. It’s not the woman’s job to defend her honour and respect alone.

I hope we can all take time out from the business of news and reflect on the parts that make the whole story. Let’s extend our consideration beyond our preconceptions to broaden our thinking and move forward. 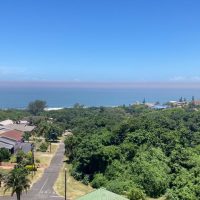 Laura Augusta is a mindful partner and parent, an avid reader, and researcher. She is interested in the bigger picture and the solutions for our current issues. She believes t… Read full bio